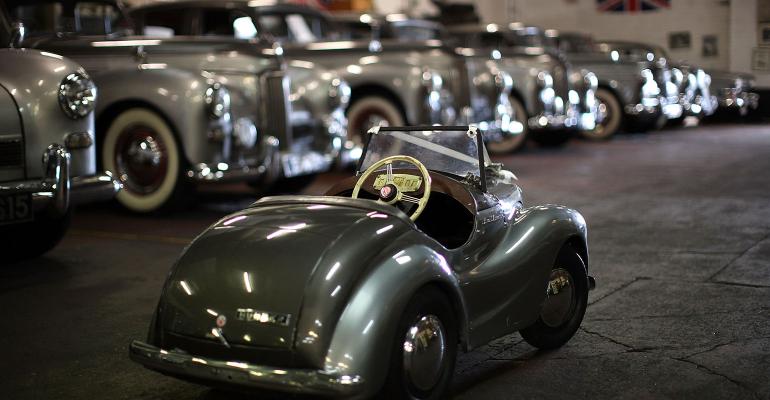 Many executors could be traveling on a path towards derailment.

Wealthy individuals who die with insolvent estates leave behind myriad challenges for their fiduciaries and advisors.

In a typical estate administration, the executor pays creditors and then distributes the remaining assets to the beneficiaries. However, in an insolvent estate, the executor is like a locomotive pulling along a train of creditors, each of whom is affected by the load of the railcar to its forward. And with the Internal Revenue Service emboldened by the strength of federal law and a recent case in which federal taxes were deemed a higher priority than fiduciary fees, unwitting executors could be traveling on a path towards derailment.

The Paradox of Wealth and Insolvency

The wealthy, yet insolvent, decedent typically dies with an impressive menagerie of assets anchored with debts, such as: a big house with a big mortgage; a heavily leveraged business; a collection of sports cars; and a beach house bought at the top of the market. He may carry significant credit card balances. Also, he may have executed promissory notes in favor of closely held businesses, trusts and family members.

As can be expected with such a lifestyle, the insolvent decedent typically leaves behind relationships in various states of disharmony such as: ex-spouses; children from different relationships; and ongoing disputes with former business associates. He may have obligations to his ex-spouse under a divorce agreement; huge medical bills related to his last illness; and taxes due to the federal and state governments.

Begin With a Plan

When faced with such an estate, the advisor should meet with the executor and together they should set out a plan for success. The plan should include a beginning inventory of assets and liabilities and a strategy for locating other assets and liabilities. A frank discussion should be held with the executor regarding the challenges ahead and the possibility that expenses of administration may take a backseat to certain creditors. Also, the advisor should consider strategies discussed below to keep the executor on track.

Determine the Priority of Claims

As with any estate administration, the executor has a duty to pay claims properly made against the estate. State statutes generally provide the executor with priority classes if the estate’s assets are insufficient to pay all claims. The Uniform Probate Code, on which many states model their priority statutes, provides for six classes in the following order:

A practitioner advising an executor on an insolvent estate should frequently consult the priority statutes. Many variations can be found state to state. For example, in California, the highest priority is given to expenses of administration, except for state and federal taxes that may be given higher preference. In Georgia, a form of elective share for the spouse and minor children called a “Year’s Support” holds the highest priority, and no distinction is made between the priority of state and federal taxes. In Illinois, debts to the federal government sit three rungs on the priority ladder above state government debts.

Generally, creditors are willing to negotiate. The old saying, “a bird in the hand is worth two in the bush” is accurate when it comes to the wants of creditors. Creditors are aware that administration of insolvent estates are slow and the outcome for them can be uncertain. Of course, in negotiating with creditors, the executor should always accurately represent the current state and future outlook of the administration.  Furthermore, practitioners should be responsive to calls from creditors for updates. If a settlement is negotiated, the executor should obtain a receipt and release from the creditor and once again make sure that even a negotiated payment doesn’t violate the statutory order of priorities.

Protection for the Executor

Take steps to protect the executor from liability and to ensure he and his advisor are reasonably compensated. On the opening of the estate, the executor should consider filing in the probate court a request for authority to pay fiduciary compensation and other expenses of administration. Even if the expenses are unknown at that time, obtaining a court order with prior notice to the creditors should provide the executor with firm ground on which to pay such expenses of administration. This would be a good time to communicate with the family that there may not be anything for them after creditors are satisfied—or to discuss the possibility of an elective share that in some states may defeat creditor claims.

Similarly, at the end of the estate administration, a detailed description of the debts paid should be submitted to the probate court with notice to all of the interested parties. A court order blessing the settlement of accounts should discourage any dissatisfied creditor or frustrated beneficiary from making a claim against the personal representative.

Throughout the administration, the executor should keep meticulous records and consult with the estate advisor before making any payments to make sure the priority of claims statute is followed. Furthermore, when a debt is paid, the executor should require from the payee a receipt and release of the debt, or at least put in writing that depositing such payment is deemed to be a release.

If federal taxes are due, the executor could be held personally liable if payments are made to creditors lower in priority to the federal government. The Federal Priority Statute  is an unforgiving law in that it penalizes the executor even if the punishable act doesn’t benefit him personally. Still, a key element to the FPS is that the executor must have known of the debt at the time when the estate had funds sufficient to pay the debt.

In response to the executor’s policy argument that no attorney or fiduciary would provide services under such impositions, the court noted that the Internal Revenue Manual allows the IRS to not assert its statutory priority. Cold comfort for the unwary personal representative.

Even the best estate planners are unable to stop certain wealthy clients from dying insolvent. When there isn’t enough money to go around, the worst can come out of creditors and family. An advisor must guide the executor through the challenges of an insolvent estate and make sure he and the advisor are paid for their services. Communicating with interested parties early and often, making distributions in accordance with the applicable state priority statute and federal law and fully documenting the administration in the probate court should keep the executor on track.