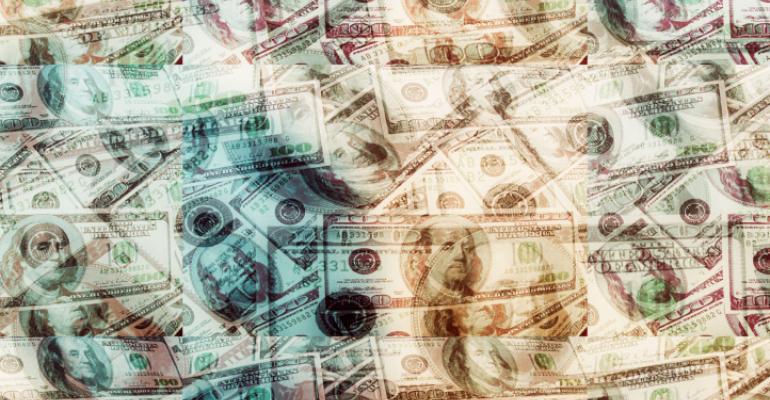 The permanent estate tax changes of the Taxpayer Relief Act (TRA) of 2012 re-emphasize planning and its importance.  The $5 million exemption from federal estate tax indexed for inflation ($5.25 million in 2013) leaves more after-tax dollars for heirs, and the higher 40 percent federal estate tax rate, with a cumulative top estate tax rate of 49.6 percent in the 19 states that continue to impose an estate tax, imposes a higher tax burden to avoid.  An ever-important wealth planning issue is what to consume and enjoy, often thought of as “income,” and what to preserve and enhance to provide future income and, ultimately, to transfer, typically described as “principal” or “capital.”  But, income can be an elusive concept, subject to changing interpretation depending upon the result desired.

For revenue raising purposes, the federal government adopts an expansive definition of income as “accessions to wealth, clearly realized, over which the taxpayers have complete dominion”, Commissioner v. Glenshaw Glass Co., 348 U.S. 426 (1955), and includes in the Internal Revenue Code Section 61 definition of “income” subject to tax, “gains derived from dealings in property” allocated to principal for wealth management purposes.

In the investment realm, a more restrained understanding of “income” is needed to realize the goal of reliable, sustainable cash flow that supplements what we and our heirs provide for ourselves.

The consequences are significant.  Underestimating income may defer enjoyment or shift it to your heirs.  Over-spending income will impair the absolute value of capital, causing a downward spiral that diminishes and eventually exhausts wealth, necessarily extinguishing income.

For purposes of administering trusts and estates, states have long adopted principal and income statutes defining “income” in contrast to the “principal” that produces the income.  Traditionally, these laws defined income as including interest on bonds, dividends on stock, rents received from real estate and had more technical rules for natural resources or under-productive property.  The modern Uniform Income and Principal Act (UIPA), adopted by 47 states, more simply defines “income” as “money received from an entity,” such as a corporation or a partnership and then distinguishes as principal other property received or money received in exchange for all or a part of the entity.  The UIPA goes on to address separately rents, interest, natural resources, deferred compensation, derivatives, options and asset backed securities.

As stable as these concepts may appear, they define items that have varied greatly over time, depending on economic conditions and tax policy.  In over 30 years of practicing law, I’ve seen interest rates on 10-year Treasury Bonds as high as 13.92 percent in the early 1980s, to current lows of less than 2 percent.  Income tax rates on dividends have been as high as 70 percent, encouraging corporations to retain earnings for reinvestment or stock repurchases, and as low as 15 percent, resulting in yields similar to what fixed income used to provide, but with the market and company risks of equity.

As items of “income” evidenced variability over time, economic growth combined with inflationary pressures to cause asset values to rise.  Total return investing became prevalent, adding income to capital appreciation to yield a “total return” on investment.  The Prudent Investor Act, adopted by over 40 states, favors the diversified approach of modern portfolio theory for fiduciary investment to capture total return.  In concert, the UIPA provides trustees with discretion to adjust income to be a percentage of principal, typically between 3 percent and 5 percent, so that beneficiaries may enjoy more stable cash flow funded in part by the capital portion of the total return.

In drafting trusts, lawyers recognize that these refined concepts of “income” may not be adequate to provide for all vicissitudes confronting beneficiaries.  Individual beneficiaries live real lives full of life events: they get educated, marry, buy homes, transition employment, have children, divorce, suffer illness and have misfortunes and successes, financial and otherwise.  One drafting practice is to anticipate extraordinary needs by providing access to principal in excess of income (however defined).  Trust beneficiaries can be given the power to withdraw up to 5 percent of principal per year, and an unlimited ability to withdraw principal under so-called “ascertainable” standards of health, education, maintenance and support, without creating a general power of appointment subject to estate taxes.  (IRC Sections 2041(b)(1)(A) and (b)(2)).  Alternatively, trustees can be given discretion to invade principal.

These trust provisions provide important tools for flexibility allowing trustees and beneficiaries to meet life’s exigencies.  And, they necessarily pose the question:  How much cash flow can a trust or investment portfolio provide on a consistent, sustainable basis?

Wealth sustainability is a stark, unemotional, mathematical analysis.  The problem to be solved can be simply formulated: if the portfolio earns a total return expressed as a percentage, say 5 percent after tax, how much cash flow can be withdrawn?

A trust fund of $2.5 million will yield income of $75,000 at 3 percent, $100,000 at 4 percent and $125,000 at 5 percent.  If the fund earns a total return of 5 percent per year after tax, then the 3 percent and 4 percent distributions will allow principal and the income it produces to grow over time.  The 5 percent distribution will cause income and principal to remain the same on a nominal basis; but, when inflation is taken into account, purchasing power and real wealth will shrink.  If the distribution demand is instead $250,000 (10 percent), then a $2.5 million fund earning 5 percent per year will be exhausted in 15 years.  If the distribution demand is doubled to $500,000 (20 percent), the same fund will be exhausted in just six years.

Of course, reality is more complex than the simple example.  Individual items of income aren’t stable.  Returns on investment and asset values fluctuate to the point that the financial markets now have volatility indices.  The tax burden needs to be taken into account.  And inflation appears to be the consensus political choice, being far preferable to deflation.

When the goal is reliable, sustainable income, restraint in determining the amount to be distributed is the better course, understanding that the human imagination will always exceed the resources available to realize it.  To enjoy cash flow that increases over time at least as fast as inflation to maintain lifestyle, “income” is necessarily limited to amounts available without impairing capital.  In support of restraint, in the long run, what we do for ourselves in life will always be far more significant than what the money can ever do for us.