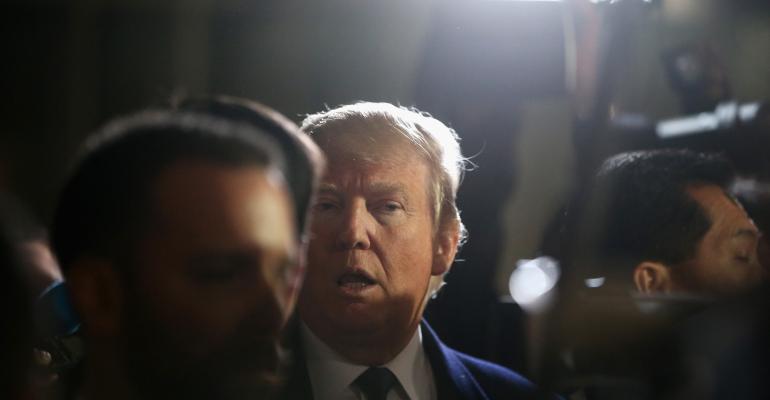 As Donald Trump learned the hard way, the consequences can be costly.

This article isn’t meant as a political statement but rather seeks to inform those who may not be familiar with the private foundation rules.

Private foundations are tightly regulated charities. If a foundation doesn’t diligently follow the law, the consequences can be costly. Not only can the foundation lose its tax exemption, but the individuals responsible for inappropriate actions can be personally subject to money penalties.

It doesn’t matter if the inappropriate action was a mistake or wasn’t intended. The repercussions are the same.

Any amounts paid or incurred by private foundations for any of the following purposes can land the foundation and its managers in hot water: (1) to carry on propaganda or otherwise attempt to influence legislation; (2) to influence the outcome of any specific public election or to carry on, directly or indirectly, any voter registration drive, unless certain conditions are met; (3) as a grant to an individual for travel, study or other similar purposes, unless the grant meets certain requirements; (4) as a grant to an organization other than a public charity, unless the granting foundation exercises “expenditure responsibility”; and (5) for any purpose other than those specified in Internal Revenue Code Section 170(c)(2)(B) (for example, religious, charitable, scientific, literary or educational purposes, to foster certain amateur sports competitions or for the prevention of cruelty to children or animals).

Making a contribution to a political entity falls under (5) above, and is absolutely forbidden; no shades of grey whether in a red or blue state.

The second-tier 100 percent excise tax is imposed if the misdeed isn’t corrected within the taxable period, which is the date beginning with the date of the taxable expenditure and ends with the earlier of the date when a deficiency notice for the first-tier tax is mailed or the first-tier tax is assessed. Notice and the opportunity to correct the expenditure must be given before second-tier taxes are imposed.

Due diligence also includes examining the organization’s latest Form 990, which is readily available on Guidestar.com and may also be available on the charity’s own website. Alternatively, you may call the charity and ask for the Form 990.

Finally, managers can search the charity’s name online, look at its website and find out if it’s been in the news lately. At least one of these searches would have shown, in the case of Trump’s foundation, that there were three organizations with similar names but with differing tax statuses and different addresses.

To the maxim, “Ignorance of the law is no excuse,” add: “Mistakes aren’t either.”