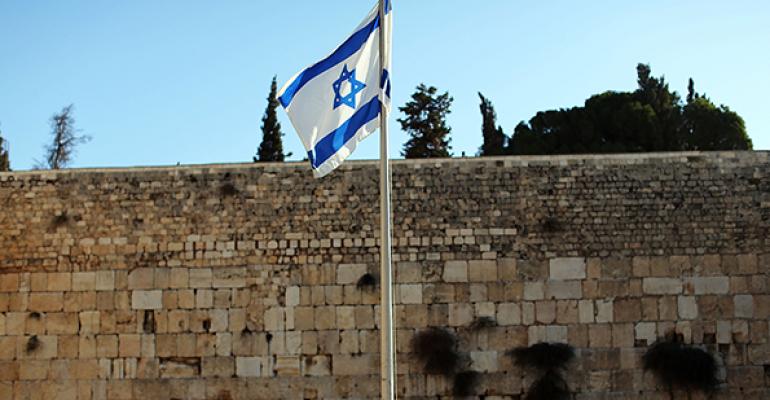 A case study helps determine a plan of action for clients

Background
Andrew and Jennifer Lewis, U.S. citizens, both 55 years old, are the parents of one adult daughter, Melissa, an Israeli resident of long standing.  The Lewises have a net worth of $50 million, and they wish to transfer a considerable sum to Melissa, assuring her lifestyle. The Lewises realize that they almost surely won’t be able to avoid estate taxation altogether—but they want to lessen their tax burden.

With these goals in mind, the Lewises decide to set up a $10 million grantor trust for Melissa’s benefit, with distributions to begin in the near term.2  But they have questions to answer first:

Counterintuitive Tax Choice?
Let’s approach these issues from the bottom up.  As to the tax-rate election, the Lewises’ first impulse was to take advantage of the deferral.  But Bernstein’s preliminary view on the question, based on the currently known facts about the new Israeli law, favored the 25 percent annual regime for a couple of reasons.

First, the tax rate on the annual schedule is simply lower, magnifying the salutary effect of the Israeli credit for U.S. income taxes paid.  Indeed, with a 100 percent stock allocation, the incremental impact of an annual Israeli tax would be only 1.2 percentage points (25 percent versus 23.8 percent on qualified dividends and long-term gains; see “Asset Allocation Is Key”).

With a 30 percent tax, the impact escalates to 6.2 percentage points: five times greater.  And so our research indicates that the crossover point, at which the wealth advantage of deferral overwhelms the lower tax rate, is decades out in the future in typical markets—even for a moderate allocation of 60 percent global stocks and 40 percent bonds (see “Defer or Pay Annual Tax?”).

Second, absent explicit guidelines from the Israel Tax Authority (ITA), taking the deferred route will likely complicate and could potentially threaten the recognition of credit for U.S. income taxes paid.  (Our analysis assumes that the 30 percent rate will eventually have to be paid.3  We may revisit the question of tax regime if the ITA issues further guidance.)

A Beneficial Stock Tilt
As to what the Lewises can expect their trust to provide in the way of incremental wealth versus keeping all their assets on their balance sheet, asset allocation is a critical variable.  With the new Israeli taxes factored in (see “Grantor Trusts Still Advantageous”), the benefit of the trust is relatively small for fixed-income-heavy portfolios—but increases steadily with higher equity commitments.  Indeed, Bernstein would ordinarily counsel settlors with Israeli beneficiaries to set up a stock-tilted portfolio.  Still, many settlors would understandably avoid 100 percent stocks because of their short-term volatility.

The other side of the coin is that the Israeli tax makes bond-heavy grantor trusts unappealing—and particularly so if the bonds in question are municipals.  Why pay a 25 percent tax on muni income in the trust when it would be subject to a zero percent rate in the U.S.?  So one possibility for the Lewises would be to set up a $6 million grantor trust, allocated 100 percent to equities, and keep $4 million in municipal bonds, earmarked for Melissa, on their balance sheet.

But the Lewises were uncomfortable with an all-stock trust, because Melissa would likely be relying on relatively steady annual distributions—hard to come by from an all-stock portfolio. And so their decision was to allocate the trust to a moderate-growth 60/40 mix, understanding that this isn’t likely to be as beneficial as an all-stock allocation in the long run but is better suited to meet their objectives and is likely to result in more wealth than not establishing a trust

The Bernstein wealth-forecasting model simulates plausible paths of return for each asset class, producing a probability distribution of outcomes; however, it goes beyond randomization by projecting 10,000 forward-looking market scenarios, integrated with an individual’s or a couple’s unique circumstances. The forecasts are based on the building blocks of asset returns, such as inflation, yield spreads, stock earnings, and price multiples. These incorporate the linkages that exist among the returns of the various asset classes, take into account prevailing market conditions at the beginning of the analysis, and factor in a reasonable degree of randomness and unpredictability. In evaluating scenarios, we often focus on the 10th, 50th, and 90th percentiles of confidence as a proxy for excellent, median, and very poor markets, respectively.

1. All Bernstein projections in the case study derive from a proprietary, systematic planning tool that overlays investor goals with a sophisticated Monte Carlo simulation.  The simulation engine generates 10,000 possible market outcomes, ranging from spectacular to dismal.  This case study shows only median outcomes.

2.  Bernstein baseline assumptions: Top U.S. marginal income-tax rates = 43.4 percent for ordinary income, 23.8 percent for qualified dividends and long-term capital gains.  Funds to pay grantor-trust taxes would have otherwise been subject to a 40 percent federal estate tax upon the death of the grantor.  No state income or estate taxes have been modeled.

3. If there’s a meaningful chance that certain transactions will avoid taxation altogether under the deferred regime (because of an Israel Tax Authority determination or the early death of both Lewis parents), that would become the preferred route.

Bernstein is not a legal, tax, or estate advisor. Investors should consult these professionals, as appropriate, before making any decisions.