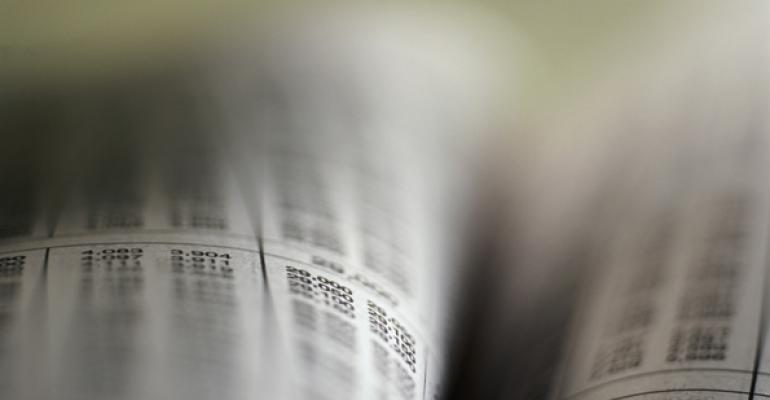 Illinois trusts are subject to a 5 percent income tax and a 1.5 percent personal property replacement tax.  A non-resident trust is subject to taxation to the extent of the income generated within Illinois or apportioned to the state.  Resident trusts, on the other hand, are subject to tax on all income regardless of the source of that income.  For an individual, state income taxation on a resident basis generally requires domicile or residence within the taxing state.  With respect to a trust, one or more of the grantor, trustees and beneficiaries may have contacts with a state sufficient to uphold as constitutional a tax on all of the trust income.

Illinois law then attempts to stretch the ordinary boundaries of nexus in forever taxing the income generated by the trust property, regardless of the trust’s continuing connection to Illinois.  One can analogize the Illinois statute to a hypothetical statute providing that any person born in Illinois to resident parents is deemed an Illinois resident and subject to Illinois taxation, no matter where that person eventually resides or earns income.

The Illinois Department of Revenue (the “IDR”) determined that the trust was a resident trust and that, as such, the trust should continue to be subject to Illinois income tax.  The trustee countered that the imposition of Illinois tax under these circumstances was unconstitutional as a violation of the due process clause and the commerce clause.  The court sided with the trustee based on due process grounds (not reaching the commerce clause arguments), and recited the following requirements for a statute to sustain a due process challenge:  (1) a minimum connection must exist between the state and the person, property, or transaction it seeks to tax, and (2) the income attributed to the state for tax purposes must be rationally related to values with the taxing state.[3]

This being a case of first impression in Illinois, the court cited a number of cases from other jurisdictions, including Chase Manhattan Bank v. Gavin, 733 A. 2d 782 (Conn. 1999), McCulloch v. Franchise Tax Board, 390 P.2d 412 (Cal. 1964), Blue v. Department of Treasury, 462 N.W.2d 762 (Mich. Ct. App. 1990) and Mercantile-Safe Deposit & Trust Co. v. Murphy, 242 N.Y.S.2d 26 (N.Y. App. Div. 1963).  Gavin, which upheld the application of the Connecticut income tax on the undistributed income of an inter vivos trust created by a Connecticut grantor, was cited at length by the court.  A critical fact in that case was that the beneficiary resided within the state for the year in question.  In Linn, the court noted, there were no Illinois beneficiaries.  Relying on Blue and Mercantile, the court found that a grantor’s residence within a state isn’t itself a sufficient connection to satisfy due process.

The IDR argued that significant connections with Illinois existed, maintaining that the trust owed its very existence to Illinois and listing numerous legal benefits Illinois provides to the trustees and beneficiaries.  The court disagreed with the testamentary trust cases the IDR relied on, finding that an inter vivos trust’s connections with a state are more attenuated than in the case of a testamentary trust.  Further, the court found that the Texas Trust wasn’t created under Illinois law, but rather by a power granted to the trustees under the original trust instrument.  The court proceeded to dismiss the trust’s historical connections to Illinois and focused on contemporaneous connections finding that “what happened historically with the trust in Illinois courts and under Illinois law has no bearing on the 2006 tax year.”[4]  For 2006, the court concluded that the trust received the benefits and protections of Texas law, not Illinois law.

Although the IDR could appeal Linn or Illinois could issue a legislative response to the case, the decision provides guidance to trustees of trusts that are or could be administered outside of Illinois.

Trustees of resident trusts with limited contacts to Illinois (in particular, those trusts without trustees, assets, or non-contingent beneficiaries in Illinois) should consider:

Given the holding in Linn and uncertainty regarding trust tax law, trusts that offer flexibility and can adapt to changing circumstances may have a distinct advantage.

(For a more detailed analysis regarding the income taxation of trusts and constitutional limitations, see Rationalizing the State Income Taxation of Trusts - Chasing Quill Feathers in the Wind.  By Carlyn S. McCaffrey and John C. McCaffrey, May 10, 2010.   http://www.nycbar.org/pdf/report/uploads/20071955-HessLectureRationalizingtheStateIncomeTaxationofTrust.pdf.)