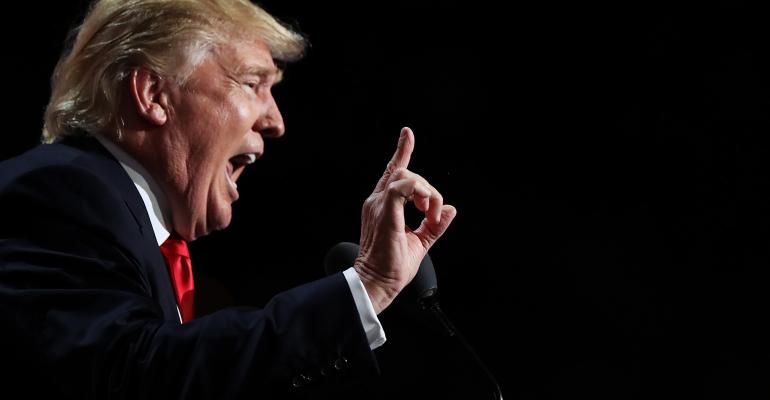 The uncertainty and challenges now facing seniors, disabled and medically needy Americans are unequaled and unsettling.

With the election of Donald J. Trump as president of the United States, changes in policy are likely to occur that affect the elderly population and those with special needs. To analyze these changes, I, together with certain colleagues, established the Trump Policy Analysis Group (TPAG).1 TPAG will initially focus on entitlements, public benefits, tax, special needs planning and veterans’ benefits.  It use a three-fold analysis:

The uncertainty and challenges now facing seniors, disabled and medically needy Americans are unequaled and unsettling.   Here are some of our observations:

President-elect Trump has consistently stated that the Social Security and Medicare programs are to remain intact and (presumably) solvent. How solvency would be achieved in light of impending bankruptcy of both programs (Medicare long before Social Security) remains to be seen.  Government and non-government economists only disagree about when insolvency will occur, not if it will occur. As one of their proposals to counter insolvency, Trump and Congressman Paul Ryan (Speaker of the House) are promoting an approach that will include some form of Social Security and Medicare privatization.  The Affordable Care Act (ACA) took some steps designed to extend the solvency of Medicare. Trump, as President-elect, announced that he would keep parts of the ACA but didn’t explain how he would pay for it. With so many members of younger generations convinced that Social Security won’t be there for them, preservation of the fiscal health of both Social Security and Medicare is one of the main challenges facing this administration.

A significant majority of Americans are seriously worried about the cost of health care and long-term care (LTC), in particular. Restrictions on benefits and legislative changes that restrict or limit access to government programs, such as Medicaid, can only heighten such fears.

Currently, Medicaid is administered at the federal level by the Center for Medicare and Medicaid Services. While each state has its own state Medicaid Plan, there are mandates and there are constraints.   Block grants, which were first proposed by then Speaker of the House Newt Gingrich in 1995, presumably mean that each state would receive a certain number of Medicaid dollars. Each state would then decide how to use and spend those dollars.  In some states, little would change. In other states, changes could be profound. For individuals who may rely on Medicaid, this is a time of uncertainty and concern. This means, in turn, that planning needs will vary from state to state.  TPAG is aware of some details and elements of proposed plans. Some are designed to restrict protective planning – to make it much more difficult for older Americans to protect their homes and other assets while qualifying for Medicaid, particularly in a LTC setting. Planning challenges could therefore become dramatically more difficult. Increasingly, older Americans and their families will need up-to-date information and advice to understand and qualify for needed services.  This will be particularly true for the majority of older Americans who will need home care services and who need to reside in skilled nursing facilities.   Americans with special needs and their families face as many worries, including concerns about possible reductions in protections and services.   TPAG believes that planning will increasingly involve multiple generations to enhance quality of life, quality of care and asset protection.

Protection of Family Assets: Focus on Protecting the Family Residence

The vast majority of older homeowners will view protection of the residence as a core value, a legacy for future generations. Appropriate legislation must be preserved.  Planning steps must be taken, particularly in light of possible changes in Medicaid, the only federal program that can subsidize or pay for the cost of skilled nursing care.  No specific proposals to threaten existing tax and Medicaid protections for the residents have yet emerged.

A core conclusion of TPAG is that families will become more insular, more protective of themselves, their assets and future generations. They’ll be more focused on what they can control and truly value – their families – and less on public policies that are difficult to influence. This has myriad implications for attorneys, financial planners and other professionals who work directly with America’s elders, those with special needs and their families. A premium will be placed on advance planning. Inevitably, this will increase involvement of younger generations.  The demand for multi-generational planning – planning that involves and relies on involvement of children and grandchildren – will expand dramatically.

1. The Trump Policy Analysis Group consists of five nationally known and comprehensively experienced professionals.  They have over 160 years of combined experience advising individuals and families and Social Security, Medicare, Medicaid, tax, long-term care, veterans’ benefits and special needs planning.  They’re established authors, speakers and experts and include founders and leaders of national organizations, including the National Academy of Elder Law Attorneys, addressing the needs of aging and vulnerable populations.