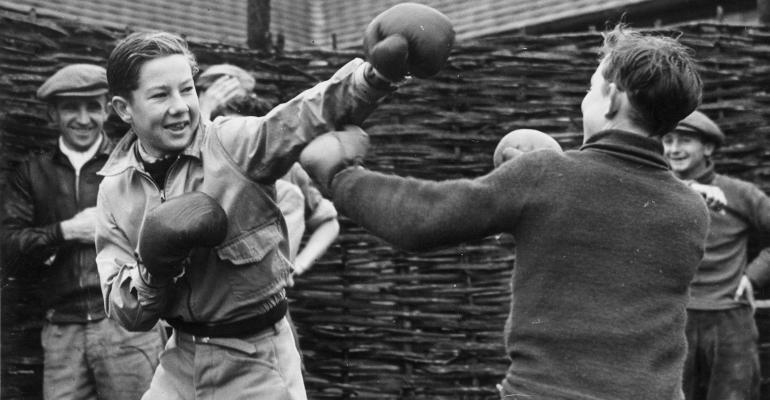 How to Prevent Feuds Among Heirs

A new report by BMO Wealth Management gives some suggestions.

Celebrity estate battles frequently make our headlines, but unfortunately such feuds are too often a reality for the typical American family as well. As complex family structures become more and more common, estate planners need to incorporate measures that can help prevent conflict among family members that crops up after the client’s death. A new report by BMO Wealth Management reveals that having open conversations with heirs about your estate plan is one way to help reduce potential conflict in the future. Other action steps suggested by the report are outlined below as well.

When second spouses, stepchildren and adopted children are in the equation, the potential for bitter family members — often unhappy with their inheritance — initiating a long and messy will contest increases. With 9.5 percent of all individuals over age 15 currently in their second marriage and 2.4 percent of that demographic enjoying their third or subsequent marriage,¹ planning for these modern families is no longer the exception but the norm.

It goes without saying that an estate plan can help avoid potential family conflict, as opposed to dying intestate and relying on state intestacy laws. Because many modern family situations aren’t always clearly accounted for by state laws (such as posthumously born children), the estate plan is now more crucial than ever. Alarmingly, the report finds that 52 percent of the individuals surveyed,² with 56 percent of those aged 35 to 54, don’t have a will in place.

There are many reasons why individuals avoid estate planning, including the fear of death and not wanting to deal with conflicts that may arise during the planning process. It’s nevertheless better for your client to not only memorialize his estate intentions in a will, but also to communicate such intentions and goals now rather than have them “interpreted later in ways [he] did not intend.”³

A lot has been written on the topic of fair distribution (of assets), and the consensus among estate planners is that fair doesn’t always have to mean equal. Clients are often advised not to give in to pressure to leave each child an equal share, but rather consider the circumstances unique to a client’s family (for example, a child with special needs who won’t be able to provide for himself). And though such logic is justifiable, only 15 percent of respondents surveyed in the report felt that it would be fair to distribute assets on an unequal basis.

Discussing the intent to distribute assets on an unequal basis can help address any issues up front and hopefully prevent family feuds in the future, particularly in the complex modern family situations mentioned above. Aside from preparing heirs for the reality that they may not necessarily inherit what (or how much) they expect, such communication can also help distribute sentimental assets fairly. As the report states, it isn’t always the most expensive assets that cause conflict among heirs; dealing with how sentimental items should be divided, prior to death, can prevent potential future conflict.

The report recommends some other preventive measures to consider that can help save family members a trip to the courtroom after the client’s death. “When disputes arise, they often cause deep emotional rifts that may divide a family for generations,” says Stephen White, Regional Leader of Wealth Planning at BMO Private Bank. According to White, “one of the most important factors in preserving harmony is selecting the right fiduciary to administer your [client’s] affairs and help communicate wishes.” For example, tensions between children from the first marriage and the surviving stepparent and half-siblings can influence the executive decisions of an adult child appointed as an executor. Appointment of an impartial executor, such as an institutional executor, can help ensure a fair approach to estate management and distribution.⁴

Communicating charitable intentions in advance is also helpful, so as to help alleviate fears that charities are being prioritized to the heirs’ detriment.

Last but not least, clients must be reminded to periodically review and update their will and related documents, especially upon significant life events, such as marriage, divorce or birth of a child.⁵