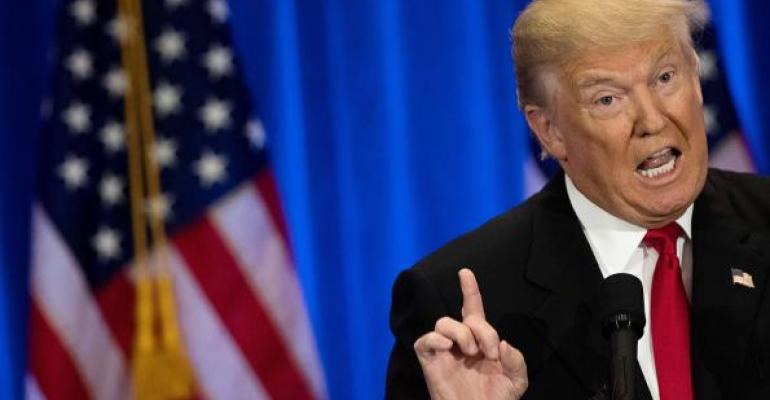 Or, do they prefer surprises?

According to Investopedia, “political risk is the risk an investment’s returns could suffer as a result of political changes or instability in a country. Instability affecting investment returns could stem from a change in government, legislative bodies, other foreign policy makers or military control…”

Yet, it’s often the forgotten or ignored risk. Rather, when organizations think about enterprise risk, they focus on financial risk, management risk and maybe even weather risk (if, for example, their offices or facilities are in hurricane or flood zones). Managing these latter risks can be fairly straightforward—buying insurance products or other financial products to hedge against the worst.

But, what about political risk? Given today’s volatile political environment, it seems especially prudent to raise this topic. A quick glance at the headlines is all one needs to appreciate that these are treacherous times that require organizations to take action to identify, understand and manage all risks, including political risk, to ensure a well-run enterprise.

The headlines coupled with the 24-hour news cycle can leave your clients paralyzed, perhaps embracing opportunity or somewhere in between. Yet, one thing is for sure: seismic changes are here, more are coming and your clients will feel them.

From a financial perspective, the big change up ahead is tax reform. For individuals, small businesses and charitable organizations, decreasing income tax and estate tax rates are just the beginning. Back in 1986, when the last comprehensive tax reform bill was written, the whole Tax Code was scrutinized, and plenty was changed. This time will be no different. The difference is that this time, the deal won’t come together on a napkin over a few beers between two political titans, as legendarily chronicled. This administration wants to be viewed as long on transparency, so we’ll likely see tax reform shaping up from a mile away. Specifically, it’s likely to take until the end of 2017 for a deal to come together.

So, what is it about tax reform 2017 that’s risky? Let’s start with the good news...the bacon. The goal of this tax reform is economic growth. For Republicans that means driving down tax rates for individuals and businesses. We’re going to see individuals’ income, estate and gift tax rates decreased to put more money in people’s pockets. We’re also going to see Congress driving down U.S. companies’ tax rates to make them more competitive so they can sell more goods and services and increase their profits, which puts more money in their shareholders and owners pockets.

That’s the yin. The yang—the broccoli—is the revenue raisers that will pay for all these lower rates. That is, the “Buy American” proposal to tax all imports, which in very simple terms, will make non-American goods and services more expensive and unappealing.

That $1.3 trillion dollar revenue raiser is just one trade-off that Congress is weighing. Regardless of which side your clients are on, these tax policy changes could produce a seismic shift that they ought to be following and evaluating.

An example may help to drive my point home. For now, it seems clear that a Ford coming in from Mexico will cost more than one made in the United States. But, what about financial services from abroad? What about those investments in offshore locales? Will the services of offshore investment managers be subject to this new policy? The increased cost of company cars may not catch the attention of your client’s CEO or Board of Directors, but a steep increase in the cost of financial products and services could. Would they rather consider contingency plans now or wait for a surprise later?

On the flipside, a better understanding of political risk may offer you and your clients the chance to identify opportunities to grow and expand their organizations that they would otherwise miss out on. Tax reform, for example, isn’t just about the big pieces—the rates and the deductions; details within those big pieces can potentially mean big windfalls or big disasters.

So, where does one begin? Start simple. There are a myriad of trade groups, membership organizations, newsletters and online publications that do a great job monitoring and analyzing the political winds in Washington and how those winds affect policy changes, like tax reform.

Political risk deserves to be a part of the financial decision-making process of every organization. Not just those lucky enough to have a dedicated team in Washington. At best your client could seize an opportunity or at worst dodge a bullet.