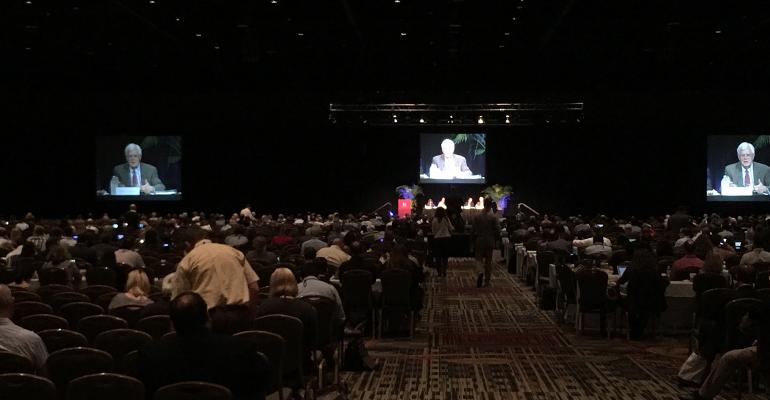 “Speculation” is the thought of the day

The recurring theme at this year’s Heckerling conference is the “s” word: “speculation.” Starting with the opening remarks on Monday, conference participants all echoed the same sentiments: anything we say about estate planning—from the repeal of the estate tax to the fate of the Proposed Internal Revenue Section 2704 regulations—is pure speculation.

This “not knowing” is underscored by Trusts & Estates’ December 2016 Audience Survey. When asked about whether the election of Donald J. Trump as president would have an impact on their practice, 50 percent responded that they weren’t sure, although 80 percent did expect Trump to make changes to the current estate tax laws.

Whether there will be movement in the estate-planning arena may depend on the answer to this question: “What other things are going to occupy the attention of Congress so they only have ‘so much’ capacity to lower taxes?”  For example, will competing Congressional priorities, such as reworking or dismantling the Affordable Care Act—occupy Congress’ time so that we don’t see a repeal of the estate tax in 2017?

As for timing, President-elect Trump may fast-track the process through budget reconciliation and go around the Senate’s 60 vote threshold. But, first things first. Congress must first raise the debt ceiling, which is set to expire in mid-March, pass a budget by late April and enact the new debt limit and other bills before Congress adjourns for its August recess.

Bottom line from most, if not all attendees: Clients should take same steps they’ve been taking all along until this happens. And, even if there’s estate tax repeal—we can’t count on it being permanent!