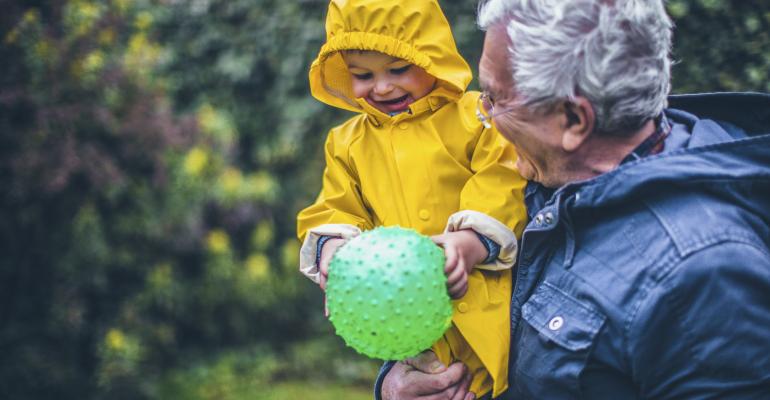 The provisions of Chapter 13 of the Internal Revenue Code aren’t for the faint of heart.

That chapter specifically deals with the tax on generation-skipping transfers, that is, transfers to individuals more than one generation below the donor. As you may know, this tax came about a result of a Congressional policy that the transfer of property should be taxed at least once at every generation. Congress believed individuals shouldn’t be able to avoid one or more levels of tax by leaving assets directly to grandchildren or more distant generations instead of to their children.

This tax generally applies to transfers made after Oct. 22, 1986. However, because the definition of GST includes certain distributions from trusts, Congress also enacted a transitional rule that exempted transfers from irrevocable trusts that were in existence on Sept. 25, 1985, but only if the transfer wasn’t made out of trust property that was added to the trust after that date or to income attributable to such later-contributed property. Thus, any trusts meeting these criteria were grandfathered around the GST rules and deemed exempt from GST tax.

As the potential price for destroying the exempt status is great, particularly with high-value dynasty trusts, practitioners must take abundant care when modifying a trust that’s grandfathered out of Chapter 13.

Private Letter Ruling 201817002 (released April 27, 2018) involves an irrevocable trust that was established and completely funded before Sept. 25, 1985. According to this PLR, a separate trust was created under the irrevocable trust agreement for the benefit of one of the grantor’s grandchildren. The provisions for this separate trust provide that the trustees shall have the discretion to pay to or apply for the benefit of the grandchild and such grandchild’s descendants from the net income and principal of the trust as the trustees deem necessary for the “reasonable support, care, education and maintenance of the beneficiaries.” The state statute controlling the interpretation of the trust agreement provides, in part, that unless a settlor or a testator clearly indicates that a broader power to make discretionary distributions to a beneficiary, who’s also serving as trustee, was intended, such trustee may only exercise this discretionary power to provide for health, education, support or maintenance.

At the time the request for the PLR was submitted, the trust had three independent trustees. Those trustees wanted to name the grandchild-beneficiary of the trust as an additional trustee. They worried, however, that the proposed appointment would create unintended consequences. Specifically, they asked for a ruling on: (1) whether such appointment might create a general power of appointment, resulting in gift or estate tax issues; and (2) whether such POA would cause the trust to lose its GST tax exempt status under Chapter 13.

No General POA as Trustee

Simply put, a POA has the power to direct the beneficial enjoyment of property. A general POA over property is a power held by an individual and exercisable in favor of the power-holder, his estate, his creditors or the creditors of his estate. Under the IRC, an individual who, during life, exercises or releases a general POA created after Oct. 21, 1942 is deemed to be a transferor of property for gift tax purposes. As for estate tax purposes, the gross estate includes property over which the decedent had a POA but only to the extent such power is a general POA.

Not all POAs, however, are general in nature. If the power to consume, invade or appropriate property is limited by an ascertainable standard (for example, relating to the health, education, support or maintenance of the individual), then the power isn’t deemed to be a general POA. Such a power is appropriately referred to as a limited POA.

According to the ruling, if the grandchild became a co-trustee, the state statute would allow him to exercise his powers as such for his own benefit, but only to provide for his health, education, support or maintenance. Therefore, the grandchild wouldn’t possess a general POA if he was appointed as a co-trustee of the trust. Accordingly, the Internal Revenue Service ruled that appointing the beneficiary to act as a co-trustee wouldn’t cause any unintended gift or estate tax consequences.

Because the proposed change in trustees is administrative in nature and, in this case, wouldn’t affect the beneficial interests of the trust beneficiaries, the IRS ruled that adding a grandchild beneficiary as co-trustee won’t cause the trust to lose it exempt status and won’t be subject to GST tax.

Practitioners dealing with irrevocable trusts circa 1985 or older can’t get too complacent when trying to make changes. Modifications to certain trusts may generate irreversible damage to the trust and its underlying beneficiaries. Any alterations, even simple ones, must be examined with a careful eye to ensure there are no unintended gift tax consequences and no accidental estate tax inclusion and that any exclusion from the GST taxing regime is retained.