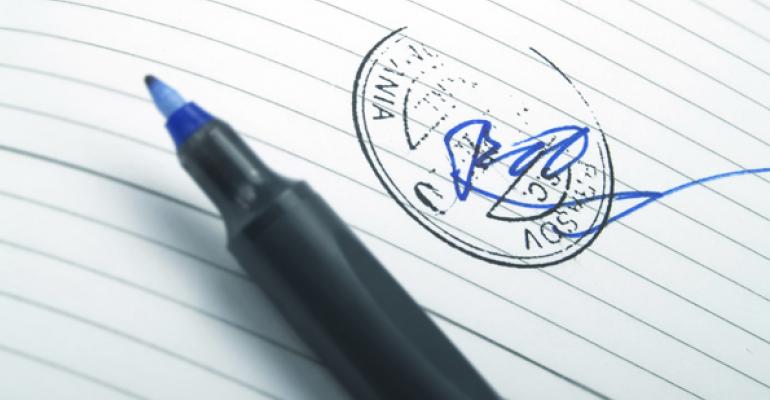 When a taxpayer signs a Form 709 reporting transfers subject to federal gift tax, he signs under penalties of perjury that he’s examined the return and, to the best of his knowledge, the return is “true, correct, and complete.” But honestly, does the average taxpayer truly know or understand the tax implications of the gifts he makes? Does every octogenarian, for example, keep track of his available generation-skipping transfer tax exemption when he makes gifts to skip persons—let alone what “GST” stands for or who’s defined as a “skip-person.” The fact is many individuals who are required to file a Form 709 heavily rely on an accountant or another financial professional to assist them with their Internal Revenue Service filings. But what happens when the individual helping the taxpayer bungles the taxpayer’s returns? In PLR 20181102 (released March 16, 2018), the taxpayers sought a ruling that would provide clarity in the muck and confusion created by an inept accountant.

A married couple made gifts in one year to trusts they established for each of their children and each child’s descendants (the transfers). As a result, the taxpayers were required to file Forms 709 reporting the transfers. On the returns prepared by their accountant, the couple signified their consent to split their gifts via Internal Revenue Code Section 2513 (that is, treating their gifts that year as having been made one-half by each spouse).  Nevertheless, the gift tax returns reported three-fourths of the total value of the transfers as being made by the husband and one-fourth as being made by the wife. In the same year, the accountant didn’t allocate any GST tax exemption to these trusts.

As the period of limitations had expired with respect to the Forms 709 that were filed, the taxpayers’ only hope of making sense of the situation was to request a private letter ruling from the IRS.

Effect of the Filed Returns

IRC Section 2504(c) states that if the period of limitations had expired under IRC Section 6501 within which a gift tax may be assessed, the value of the gift shall be the value “as finally determined” for gift tax purposes. This seemingly indicates that the IRC would use the original 75 percent/25 percent split in determining the available lifetime exemption, if any, of the husband and wife.

But what about the gift split? IRC Section 2513(a)(1) and the regulations thereunder indicate that the gift-split’s effect is to treat all gifts made during the year by both spouses as one-half from the husband and one-half from the wife.

Surely the GST Tax Treatment Is the Same, Right? No!

Under Treasury Regulations Section 26.2652-1(a)(4), the fact that the taxpayers split gifts that year is consequential in determining the amount of GST tax that’s allocated to the transfers. The husband is regarded for GST tax purposes as the transferor of one-half of the total value of the transfers regardless of the value he’s treated as transferring under Section 2513 for gift tax purposes. Accordingly, the IRS says that the husband’s late allocation of GST tax exemption to the trusts on his subsequently filed Form 709 is effective only to the one-half of the portion of the property transferred to the trusts of which he’s considered to be a transferor for GST tax purposes.

If a statute of limitations has passed on the assessment of tax on a Form 709, the amount that’s shown as the taxable gift on the form is final, regardless of any election to split made on the filed return. On the other hand, GST tax allocation is limited in the event of a split-gift transfer to only one-half of the total value transferred by the donor.

While shedding light on the situation at hand, this ruling could, in fact, have dire implications to the taxpayer’s descendants. The taxpayers may have understood that the trusts they created for their children and grandchildren were free from GST tax. As the facts stated, the accountant included an attachment to the husband’s subsequently filed return to show the inclusion ratio of the trusts as “zero.”  However, based on the regulations, it immediately becomes clear that this isn’t the case. If the transfers were, in fact, the only transfers made to the trusts, the inclusion ratio would actually be 0.500—meaning, if no actions are taken, 50 percent of any distribution made to a grandchild from the trust (that is, a taxable distribution) or 50 percent of the balance of the trust (on a taxable termination) would be subject to GST tax.

What makes the preparation of a Form 709 unique to most other tax filings is that the returns are largely dependent on the taxpayer’s history of filing gift tax returns. This requires those previous returns to be accurate. Unless a financial professional is well-versed in the preparation of such returns, they should truly avoid preparing them. Benevolent taxpayers should also take note: while they may have a desire to provide for their beneficiaries, selecting an incompetent tax preparer may inadvertently cause the IRS to become a beneficiary.