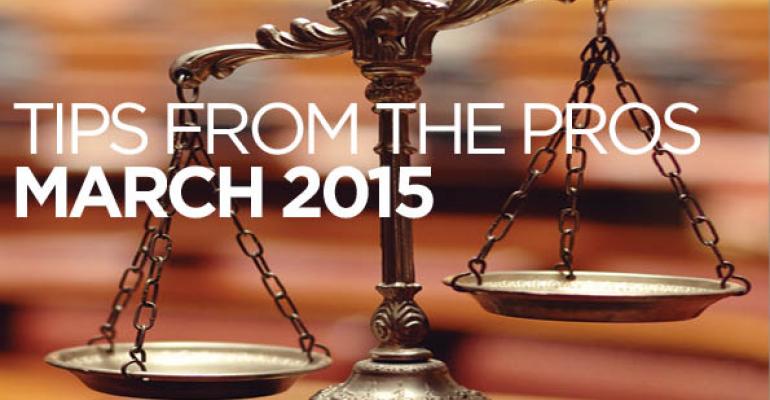 Flexibility vs. Certainty—Has the Pendulum Swung Too Far?

The commonly understood definition of “irrevocable” is:  unchangeable, unalterable, immutable, cast in stone, not able to be revoked.1 During the past couple of decades, however, the term “irrevocable,” as used in estate planning, has taken on a new, counter-intuitive meaning. In the 21st century, a trust that’s said to be irrevocable2 is, in truth, often nothing of the sort.

• Twenty-nine states3 and the District of Columbia have enacted the Uniform Trust Code (UTC) with various state-specific modifications. The legislatures of two additional states4 are considering enactment.

• UTC Section 111 allows interested persons to enter into a binding nonjudicial settlement agreement with respect to any matter involving a trust, so long as a material purpose of the trust isn’t thereby violated. Presumably, to invoke UTC Section 111, there must be a matter that requires resolution, but that would appear to be an easily surmountable challenge.

• UTC Section 411(a) authorizes the settlor and all beneficiaries to modify or terminate a noncharitable irrevocable trust, even if the modification or termination is inconsistent with a material purpose of the trust. An alternative version of UTC Section 411(a) requires the court to approve such a modification or termination if the court finds that the settlor and all beneficiaries have consented to it.

• Under UTC Section 412(a), the court may modify the administrative or dispositive terms of a trust or terminate the trust if, because of circumstances not anticipated by the settlor, modification or termination will further the purposes of the trust.

• UTC Section 416 states that, to achieve the settlor’s tax objectives, the court may modify the terms of a trust in a manner that isn’t contrary to the settlor’s probable intention.

• Twenty-two states6 have enacted decanting statutes, which, to various extents, allow a trustee having a discretionary distribution power to exercise that power by distributing to a new trust rather than outright to the beneficiary to or for whom the trustee is empowered to distribute. Depending on the state, the new trust, as compared to the trust out of which the distribution was made, may have different standards for distribution, permit or direct distributions at a different time or times, create a new power of appointment and include different beneficiaries.

• Two states7 have enacted the Trust and Estate Dispute Resolution Act (TEDRA). Under TEDRA, all interested parties can enter into a binding agreement to resolve any matter involving a trust or an estate. The term “matter” is defined very broadly and includes construction of wills and trusts and the grant to a trustee of any necessary or desirable power. If the agreement is filed with the proper court, it’s deemed approved by the court and is equivalent to a final court order having binding effect on all interested persons.

Flexibility in estate planning is almost universally touted as the greatest thing since sliced bread. Estate-planning professionals seem consistently to accept and promote the use of techniques and strategies, enabled or enhanced by the developments described above, which can be and sometimes are used to eviscerate a trust. Of course, changes to irrevocable trust instruments are often objectively desirable or necessary. Errors need to be corrected, antiquated, obsolete provisions need to be updated and unanticipated changes in applicable law and beneficiaries’ circumstances need to be addressed. Sometimes, though, the motivation to make changes, and the changes themselves, may transcend that which is desirable or necessary. Beneficiaries may simply decide they don’t care for the terms of a trust established by an ancestor and want to relax the rules or eliminate restrictions altogether. Indeed, a determined coalition of beneficiaries who are willing to expend sufficient time, effort and money may be able to effectuate virtually any change in trust provisions they desire.

How should estate planners formulate an estate plan in a legal environment in which the concept of irrevocability is so porous? On one hand, it would be unwise and impossible to foreclose the making of any and all changes to an irrevocable trust. On the other hand, most estate-planning clients would be shocked to their core to learn that their beneficiaries, with little or no regard for the client’s dispositive desires, could drastically change the client’s carefully considered and crafted estate plan.

Achieving an appropriate balance between flexibility and certainty in an estate plan is a delicate exercise and varies from one client to another. A client could consider including in his will or trust instrument a strong statement regarding his dispositive desires and his overriding wish that, notwithstanding what may be possible under applicable law, his dispositive plan not be disturbed, except in the most compelling of circumstances. Additionally, a client could include an explicit statement in his will or trust instrument regarding the client’s “material purposes” (thereby making it more difficult to change provisions that would implement such purposes). Yet another approach is to include “in terrorem” language in the will or trust instrument that would remove as a beneficiary anyone who initiated or participated in any process or proceeding to alter specified provisions or types of provisions. Still further, many decanting statutes can be used only if the trust’s governing instrument doesn’t provide otherwise, so a client who’s concerned about the potential for decanting may be able to eliminate that potential by including a provision prohibiting decanting.10 Finally, although under UTC Section 105(b) a court would always have authority to modify or terminate a trust under UTC Sections 410 through 416 regardless of any provision in the governing instrument, a governing instrument could limit or prohibit using a nonjudicial settlement agreement under UTC Section 111 to modify a trust without court involvement or transferring the trust’s principal place of administration to another state under UTC Section 108.

Whether any of the prophylactic provisions suggested above should be included in a client’s estate-planning documents and, if so, specifically how they should be designed, is debatable. Moreover, given the wide variety of states’ trust laws, whether or to what extent such provisions would be enforceable would have to be considered carefully on a case-by-case basis. What seems beyond debate, however, is that estate-planning clients deserve to know of the potential that their estate plans could be turned upside down and what the possible preventative remedies are.

2. A trust may be irrevocable because it was designed and established as such from the outset or because the testator under whose will it was created, or the settlor, in the case of a revocable trust, has died.

5. Restatement (Third) of Trusts Section 65 cmt. d. This principle is referenced favorably in the Comment on Uniform Trust Code Section 411 provided by The National Conference of Commissioners on Uniform State Laws.