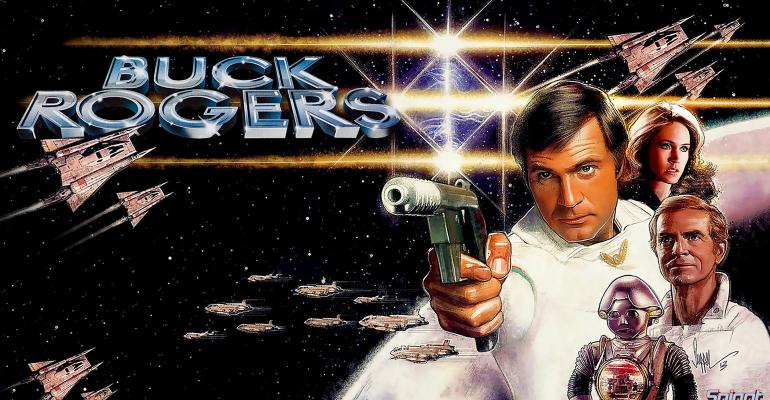 Fight Continues for the Rights to Buck Rogers

Long way to go before a final decision over the character’s fate.

When veteran Hollywood producer Don Murphy announced in summer 2015 that he intended to bring science fiction hero Buck Rogers to the big screen, he didn’t realize that he was about to fall into a long battle over the rights to the 90-year-old character. Yet, Murphy has been locked in litigation for years involving multiple families all asserting ownership over this intellectual property.

The character of Buck Rogers, a coal mine inspector who became trapped in a mine and remained in suspended animation for 500 years before waking to a futuristic war, was introduced by Philip Nowlan in his 1928 novella Armageddon 2419 A.D. Soon after, Nowlan worked with Chicago newspaperman John Dille to publish a comic strip entitled “Buck Rogers in the 25th Century A.D,” which catapulted the character into popular culture.

The copyright to Armageddon 2419 A.D. expired in 1956 and wasn’t renewed, and the story entered the public domain—Murphy was relying on this fact when he decided to turn the novella into a movie. Almost immediately after Murphy made his announcement, however, he began receiving threatening letters from the heirs of John Dille, specifically Louise Geer, trustee of the Dille Family Trust. Even though the novella had entered the public domain nearly 60 years earlier, Geer still asserted ownership of the copyright and sought to either shut down production of Murphy’s movie or reach an agreement for compensation for the rights to the novella and the Buck Rogers character.

When an agreement couldn’t be reached between Murphy and Geer—despite Murphy hiring John Dille’s own grandson to co-write the movie—Murphy filed a lawsuit against Geer, in her capacity as trustee of the Dille Family Trust, in federal court in California in August 2015.  This wasn’t the first lawsuit involving the rights to Buck Rogers, though, as Philip Nowlan’s heirs had been engaged in litigation with Dille’s heirs over the rights to Buck Rogers going back to 2009, in both federal court and before the Trademark Trial and Appeal Board of the U.S. Patent and Trademark Office.

In Murphy’s lawsuit, the producer sought a declaratory judgment that Armageddon 2419 A.D., and by extension, the Buck Rogers character, was in the public domain. What appeared to be a simple claim proved to be anything but, as the case was transferred to Pennsylvania, where Geer lives, and then dismissed three times for lack of a justifiable controversy. Finally, on March 23, 2017, the court determined that Murphy’s third amended complaint was sufficient and allowed the case to go forward.

In November 2017, Dille’s heirs threw a wrench into their disputes with both Murphy and Nowlan’s heirs by declaring bankruptcy. The filing of the bankruptcy action in the federal bankruptcy court in Pennsylvania paused all litigation over the rights to Buck Rogers and Armageddon 2419 A.D.

Through the bankruptcy proceeding, the Dilles sought to liquidate their claimed interests in the intellectual property rights to the Buck Rogers character via auction. Both Murphy and the Nowlans vigorously disputed this effort, however, arguing that the Dilles’ efforts were nothing but a ruse to circumvent potential adverse rulings regarding their rights to the character.

The bankruptcy court seems to have agreed with these claims by Murphy and the Nowlans. On July 25, 2018, it issued an order appointing a Chapter 11 trustee of the Dille Family Trust, precluding Geer from taking any steps to liquidate trust property, namely any rights to Buck Rogers. In this order, the court noted, among other things, that the Dilles “invoked the automatic stay” via the filing for bankruptcy “for the primary purpose of avoiding a trial regarding the [Dilles’] alleged interest in various intellectual property,” i.e., Buck Rogers. The court further accused the Dilles of “list[ing] on the internet various assets for sale without first obtaining prior approval of this Court.”

With the appointment of the Chapter 11 trustee, there appears to be no immediate threat of a sale of any rights, whether real or not, to Buck Rogers and Armageddon 2419 A.D.  Unfortunately for Murphy and his dream of bringing Buck Rogers to life for movie audiences, there still seems to be a long way to go before a final decision is made regarding the rights to the character.