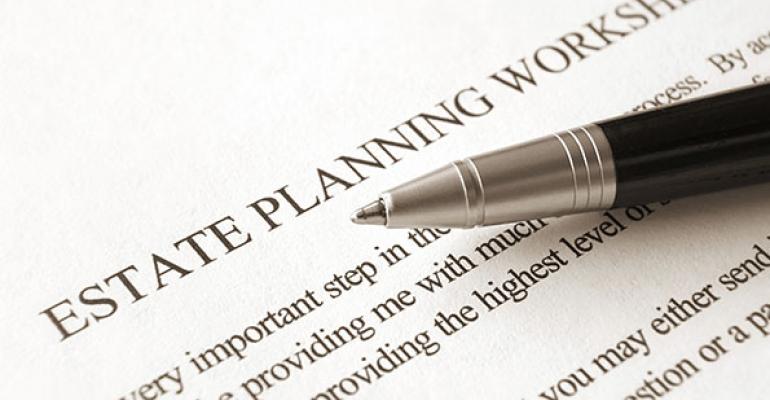 The Fiduciary vs. Sovereign Immunity

Estates are generally viewed as a legal continuation of a deceased individual: when an individual passes away, any claims that arose before or on an individual’s death may be pursued by or against the estate of that individual.  The District Court of Connecticut, in the case of United States v. Diane M. Garrity, et. al.1, evaluated the principles of sovereign immunity and the ability for an estate to recover against the federal government for a claim arising after an individual’s death.

Paul G. Garrity, Sr. was assessed a penalty by the Internal Revenue Service for failing to timely submit his report of foreign bank and financial accounts related filings.  After Paul’s death, the government sought payment from the fiduciaries of his estate by filing a complaint with the District Court. After the date for amending the pleadings in the case passed, counsel for the estate discovered un-redacted power point slides from an IRS training program, which included a case study discussing the IRS investigation of Paul, had been posted online.  The government allegedly released this information pursuant to a Freedom of Information Act (FOIA) request by the Brager Tax Law Group.  The entire response to the FOIA request, including the un-redacted power point slides, were subsequently posted to the Law Group’s website.

The estate alleged that the government was in violation of 26 USC Section 6103(a) for disclosing the case study materials to IRS agents not directly concerned with the investigation and the law firm, which disclosed the information to the public through its website.  The estate sought to amend the scheduling order to permit a counterclaim for damages against the government as allowed by 26 USC Section 7431(a) for making such an unauthorized disclosure.

The government argued, and the court agreed, that if the estate brought a claim under Section 7131(a), the estate wouldn’t be found to have a cause of action under that statute.  The court began by interpreting the plain language of the statute:

The plain language of the statute requires “such taxpayer” to refer to the taxpayer whose return information had been improperly inspected or disclosed.  The court, in keeping with the principles of sovereign immunity, refused to extend this definition to include the estate of “such taxpayer.”

“A waiver of the Federal Government’s sovereign immunity,” the court espoused “will be strictly construed, in terms of its scope, in favor of the sovereign.”  If the government intends to waive its immunity, it “must be unequivocally expressed in statutory text, and [such a waiver] will not be implied.”

The court concluded that the private cause of action in Section 7431 is limited to claims brought by “taxpayers whose return information has been disclosed.”  The allegations made in the proposed counterclaim by the estate made it clear that the “taxpayer” whose “return information” was disclosed was Paul G. Garrity, Sr., and not the estate.  Using the plain reading of the statute and the general principles of sovereign immunity, the estate is deemed not to be “such taxpayer” and wasn’t permitted to bring suit.

A possible exception. As the disclosure by the government in Garrity occurred years after the taxpayer’s death, the court wouldn’t comment on the merits of the decision in Schachter v. United States,2 which held Section 7431 “creates a property interest which should survive deathand allowed the substitution of the estate of a plaintiff who’d died after bringing suit.  Even if the court accepted this reasoning, it concluded there was no property right to pass to the estate to allow the action for recovery to continue.

In any claim against the government, a fiduciary or its representative must carefully review the statute that permits a private right of action.  Such a fiduciary should be aware of the principals of sovereign immunity.  In instances in which the statute permits recovery for an individual, fiduciaries may have a difficult time pursuing the claim unless the government has also specifically waived its immunity for an estate.  If a claim is brought, it appears the fiduciary’s potential for success may ultimately depend on which District Court hears the case.  Forum shopping by the fiduciary may be the key to a finding in their favor.