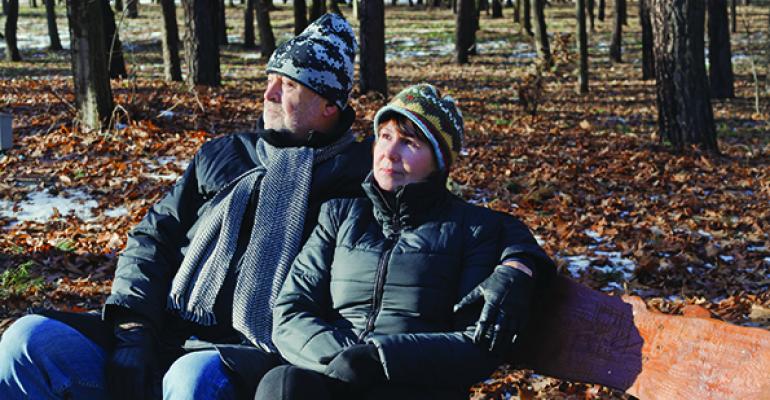 Everybody Dies. It’s Time to Have the Talk

(Bloomberg) -- As an e-vite it's a guaranteed loser: It's summer! Come talk about the financial and long-term caregiving needs and eventual death of your parents!

Doing that, though, could make later life a lot smoother for both parents and kids. An improved economy may be having something of a perverse effect here: The prospect of the parents' comfortable retirement —parents had to have investable assets of at least $100,000 to qualify for the survey—appears to have people pushing off these uncomfortable discussions, according to Fidelity Investments' third annual Family & Finance study.

The study surveyed more than 1,200 parents aged 55 and older, along with one of their adult children at least 25 years old, on topics that range from elder care, estate planning, and the ability to cover living expenses in retirement, to see if parents and kids were in agreement. This year, the survey included new questions about the role children play as parents get older, which revealed that four in 10 families "disagree on the role their child will play as parents age." But to agree or disagree, you first have to have the conversation, and that's where Fidelity found some backsliding.

This year, adult children were far less likely than they were in 2014 to say that these conversations should take place well before their parents retire or get sick: some 37 percent of adult children, down from 52 percent in 2014. That can leave parents and kids with very different expectations. For example, 72 percent of parents expect one of their kids to be a long-term caregiver in retirement, if necessary. That surprised 40 percent of the children that parents said would fill that role. At the same time, more millennials said they were taking on caregiver duties for a parent.

Overall, while 93 percent of parents didn't find becoming financially dependent on their children acceptable, only 30 percent of children said the prospect of their parents becoming financially reliant on them was unacceptable. (Nice kids!) Communication about wills and estate planning was also lacking. More than 27 percent of the children that parents expected to be executor of their estate weren't aware of it. The study found that 55 percent of parents assumed that their oldest child would be their executor.

Suzanne Schmitt, Fidelity's vice president of family engagement, said that the families she sees handling estate issues successfully take into account the children's personalities, what they're good at and are inclined to do, and where they live. Money may be the most taboo topic in many families, and it showed in the survey. Thirty-six percent of children whose parents expected them to help manage investments and retirement finances weren't aware of it. "A lot of people hold off talking to their adult kids about finances because they don't want to share how much they have," said Schmitt. "We say, OK, but start sharing where you hold those accounts, or say, hey, if you don't know where to start if something happens to me, call this person or that adviser."

It's important to talk about aging and money early because the best decisions don't get made in the midst of a crisis. There are no do-overs if a parent, for example, falls for a financial scammer and wires away all of the money, or if one becomes incapacitated and can't share personal wishes. Schmitt's advice for launching these discussions is to start small.

"People get overwhelmed at the prospect, so they procrastinate. Start with tactical elements that take the emotions out, like letting kids know where the keys are in a crisis and where documents are," Schmitt said. Get people comfortable with being uncomfortable, she said, and keep the conversation going.