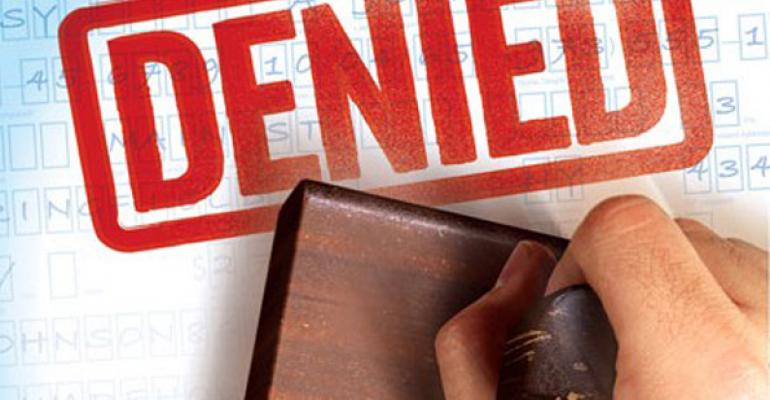 In Woodbury v. Commissioner, T.C. Memo. 2014-66 (April 14, 2014), the Tax Court granted summary judgment in favor of the Internal Revenue Service, based on a finding that an estate failed to timely make an election to pay estate taxes in installments.

In September 2006, Wallace R. Woodbury died.  His federal estate tax return was due to be filed on June 27, 2007.  His estate, however, filed a Form 4768, requesting an extension.  The IRS granted the estate’s request and issued a six-month filing extension to Dec. 27, 2007.  Along with the request for an extension, the estate submitted a letter stating that it included closely held business interests, and as such, it intended to pay taxes due on those interests ($10 million) in installments, pursuant to Internal Revenue Code Section 6166.  The estate didn’t provide any details about the closely held business interests or list any properties.  The estate did pay $9.5 million in non-deferrable taxes, along with submitting its Form 4768.

In December 2007, the estate sent the IRS another Form 4768, requesting an additional six-month extension to June 27, 2008.  Along with this Form 4768 was a letter stating that the estate includes commercial real property and interests in businesses that own commercial real property.  The letter noted that the estate was in the process of valuing those business and real property interests.  It reiterated that it intended make an election to pay taxes due on those closely held business interests when it filed its Form 706 tax return.  It also noted that it had already paid $9.5 million in non-deferrable taxes.  The estate once again didn’t provide any details about the properties that allegedly constituted the closely held business interests, nor did it list those properties.

In February 2008, the IRS denied the estate’s request for an extension, on the grounds that the maximum extension it can grant to a taxpayer is six months.  The estate made installment payments anyway, noting that the installment payments were made pursuant to Section 6166.  On June 1, 2010, the estate filed its Form 706 tax return, noting on the return that it had elected to pay taxes in installments under Section 6166.  The estate attached to its Form 706 a notice of election under Estate Tax Regulations Section 20.6166-1(b).  Attached as an exhibit were details of the decedent’s ownership in 20 interests (including interests in limited liability companies and limited partnerships).  The estate also provided an employer identification number and a date-of-death value.  This was the first time that the estate provided the IRS with any information regarding the closely held business interests the estate allegedly held.  The estate also supplied an exhibit called “Interest Installments on 6166 Assets,” which included a payment schedule through May 2010.

In response to the IRS’ notice of final determination, the estate filed a petition for declaratory judgment and argued that it had paid all applicable interest that would have been due under a Section 6166 election, as well as paid the first principal installment that would have been due under a Section 6166 election.  The estate asked the court to rule that the estate made a valid Section 6166 election under the doctrine of substantial compliance and is eligible to pay the remaining estate tax, plus interest.  The estate asked that in the alternative, if the court didn’t find that there was substantial compliance, that it direct the IRS to allow the estate an equivalent amount of time to pay the outstanding estate tax and interest.

Under Section 6166, a qualifying estate may elect to pay its estate tax in installments.  Est. Tax Regs Section 20.6166-1 provides that an estate can pay its tax in installments attributable to a closely held business interest, but the election must be made at the time the estate tax return is filed.  The way in which an estate can request an election is to attach a notice to a timely filed estate tax return and include: decedent’s name; taxpayer identification number; amount of tax to be paid in installments; date of first installment; number of annual installments; properties that constitute the closely held business interest (by schedule and item number); and facts that form the basis for the executor’s conclusion that the estate qualifies for payment in installments.

To rule on both parties’ motions for summary judgment, the court assumed that the doctrine of substantial compliance applied to Section 6166 elections.

The court rejected the estate’s argument that Section 6166 only prescribes the timeframe in which an election must be made, that is, no later than the time prescribed by IRC Section 6075(a) for filing the return.  The estate argued that the applicable estate tax regulation, not the IRC, mandates that the election be made on or with a timely estate tax return.  Thus, said the estate, because the election was timely made, it complied with Section 6166, despite not being made on a timely filed estate tax return.  The estate argued that even though it failed to comply with the literal requirements of the estate tax regulation, it substantially complied with it because it checked the box in Part III “Extension of Time to Pay” on the June 2007 Form 4768 and sent the IRS two letters  (June 2007 and in December 2007) that it intended to make the election.  Additionally, said the estate, it made annual interest payments in line with a Section 6166 election, putting the IRS on notice that an election was made.

The Tax Court rejected the estate’s substantial compliance argument, noting that Section 6166(d) references Section 6075(a)—that an estate tax return shall be filed within nine months of a decedent’s death.  The court also referenced the detailed information that Est. Tax Regs Section 20.6166-1(b) requires.  While the estate’s Form 4768 included the decedent’s name, taxpayer identification number and approximate amount of tax to be paid in installments, it failed to include two key requirements: information about the properties that allegedly constituted the closely held business interests and a statement of the facts that formed the basis for the executor’s conclusion that the estate qualified for payment in installments.  In the instant case, the estate’s letters provided “nothing other than highly conclusory statements lacking any detail.”  The two requirements that the estate failed to satisfy were critical, because to qualify for an extension under Section 6166, at least 35 percent of the value of the adjusted gross estate must be comprised of closely held business interests.  Thus, the information in those two subsections is “indispensable” to the making of the election.  “In other words,” said the court, “such information goes to the essence of the statutory purpose.”  The court recognized that the estate must have had some reason to think that it contained at least 35 percent closely held business interests; however, merely telling the IRS that the value of the interests exceeded 35 percent didn’t give the IRS enough information to determine whether that information was accurate and whether the estate was in fact entitled to make installment payments.  Accordingly, the estate didn’t substantially comply with the estate tax regulations.

The court also found that the estate failed to substantially comply with Section 6166(d).  The time to make an election is fixed by statute; the court refused to ignore the deadline that Congress “clearly and unequivocally prescribed.”  The estate didn’t dispute the inviolability of the deadline, but rather contended that the court may consider events after the due date of filing Form 706 when deciding whether, by that date, the estate had substantially complied.  The court rejected that argument as well.

Finally, the court rejected the estate’s argument that even if it didn’t substantially comply, the court should order the IRS to allow the estate an equivalent amount of time to pay the remaining estate tax and interest.   The court ruled that it didn’t have jurisdiction to consider this alternative request for relief.