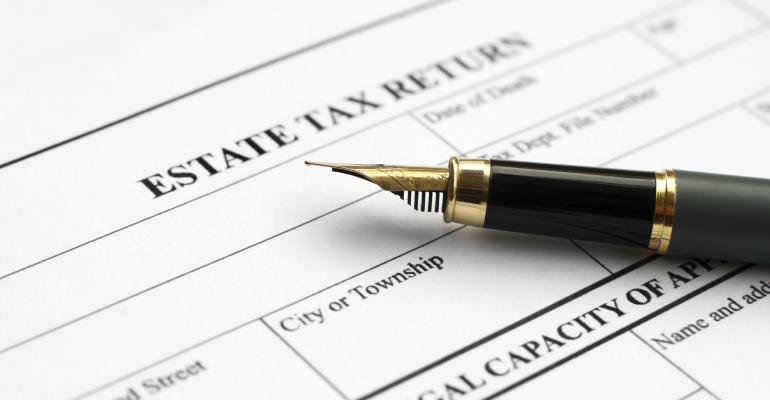 Estate Tax Debate: Should it Stay or Go?

On Sept. 8, 2016, the estate tax celebrated its 100th birthday. Over the past century, practitioners, lawyers and even laypersons have voiced their opinions on whether the estate tax should be retained or repealed.

Not to be outdone, we asked two of our esteemed board members, Jonathan G. Blattmachr, principal at Pioneer Wealth Partners LLC in New York City, and Turney P. Berry, partner at Wyatt, Tarrant & Combs, LLP in Louisville, Ky., to weigh in on this 100-year-old debate.

Jonathan. Let’s begin by seeing whether we agree on a basic point: We can’t discuss wealth transfer taxes as “tax reduction.” Everyone wants their taxes reduced, but ultimately, we have to pay for government services. Thus, my premise is that there’s no such thing as “tax reduction. If you reduce or eliminate the tax on the wealthiest Americans, it will fall, in another form, on less wealthy Americans.

Turney. I agree with that premise. Personally, I hope that taxes go down and that government spending does too—and I only want to cut programs that benefit you, Jonathan! But, I agree that if federal wealth transfer taxes go down, then some other taxes will go up.

Threat to Family Businesses or Farms?

Jonathan. I think there are two points to make. First, over the past generation, we’ve been hearing that estate taxes threaten farms and family businesses. There are no studies to my knowledge that document this perceived threat, which is surprising, if the threat were real.

Turney. The result isn’t surprising, given the nature of the estate tax. For those readers unfamiliar with the system, I’ll summarize it here. Until you have assets in excess of $5.45 million (indexed for inflation), you’re exempt from the estate tax (that’s an exemption of $10.9 million for a couple). Plus, you can give $14,000 a year to anyone you want, which means that a couple with two children and five grandchildren can give away almost $200,000 every year. And, if you want to make the gifts in a certain way, a donee (the recipient of the gift) can be guaranteed a tax-free return on the investment of the property. You, as the donor, will pay the income tax on the earnings on what you’ve donated. There are also estate-planning tools that we can use, and I’ll boil them down to two. One has to do with valuation, which is uncertain in all events and can be manipulated if we divide property in certain ways that will make control of property hard to obtain. The other tool relates to earnings assumptions built into the Internal Revenue Code. Those assumptions are complicated, but they essentially ignore the increased earnings of closely held assets due to a risk premium, as compared with marketable assets.

Jonathan. Right. Let’s assume that the estate tax does cause certain closely held businesses and farms to be lost. Well, it’s not that those businesses will truly disappear; rather, it’s that they’ll be owned by others. It’s all about the fundamental tenet of our capitalistic economy: the law of supply and demand.

Turney. Obviously, that’s right as far as it goes, but that’s not quite the point. If the family farm is sold to a conglomerate or to a big box store, our public policy—having an estate tax—has disadvantaged the family farm. If you believe that diversity is a positive, then you would rather have fewer farms owned by conglomerates. The counter-argument is that all of those types prosper because of consumer demand, which is true, but once again, that’s not the end of the story. Big companies have many more opportunities to prosper through government intervention, whether it’s “rent seeking,” as the economists call it, or “corporate welfare,” as the politicos do. The smaller companies just don’t have those opportunities. Relief from the estate tax can be looked at in part as “corporate welfare” for family-owned companies.

Jonathan. Fair enough. But, let’s remind our readers that family farms and businesses already have special provisions in the wealth transfer tax system that either reduce their taxes or allow taxes to be paid over a rather long period of time at favorable interest rates. Whether we want to call that “corporate welfare” or not, we already favor those sorts of family enterprises. Repealing the whole system isn’t necessary just to help them further.

Turney. You mean because the decedent is dead, the estate tax reduces what the inheritors receive, so we should look at wealth transfer taxes as if the inheritors are receiving the whole estate and then paying the tax. Is that what you’re saying?

Jonathan. Yes. Although they’re the same dollars that are subject to tax over and over again, as they’re transferred as gross income to the next taxpayer, the same income isn’t doubly or triply taxed. That is, when you look at the money in the hands of the taxpayer who earned the income, it’s taxed only once.

Turney. I think the double taxation argument goes to the property, not the person. That is, I earn $100, pay income tax on it, save what’s left and then what’s left is hit with an estate tax. The property is doubly taxed. Now, whether that’s unfair depends on with whom you’re speaking, but there’s a lot of double taxation. Suppose I inherit $100. Presumably my benefactor’s estate was subject to estate tax, and now I am, so that too is double taxation. Of course, what’s often said is that capital gains aren’t subject to tax but once. My $100 worth of stock grows to $1,000 and has never been taxed. That “proves” that the estate tax isn’t always double taxation! Often it is, but not always.

Jonathan. Well, what do you make of the argument that the elimination of the estate tax would spur economic growth, producing more income to tax. I don’t buy the theory, but its proponents make two points: First, that people accumulate wealth to allow their heirs to inherit more, but they stop trying to accumulate more wealth because any additional wealth will be eroded by tax when they die. Turney, have you EVER seen a client do that? Indeed, have you ever even HEARD of a client who behaves that way?

Jonathan. Second, people seek wealth to benefit themselves. Estate planners, every day, experience the tremendous resistance that property owners display on transferring wealth to their “loved” ones. They want to keep it for themselves.

Turney. No one is stopping wealth accumulation just because at death, there’s a 40 percent tax. If the rate were different, however, that behavior may change.

Jonathan. To be complete, we ought to say that some believe that eliminating the estate tax would spur economic growth by allowing for more capital formation, which is necessary for plants and equipment, as well as all sorts of investments.

Turney. Capital formation is important, right? Civilization itself began when a surplus enabled human communities to do other things.

Jonathan. But, needing capital doesn’t mean you need concentrated wealth. The whole premise of capital having to be concentrated is wrong. The great wealth built in the United States often came from individuals who started out with almost nothing: Rockefeller, Carnegie, Gates, Buffett and Jobs. The capital necessary to start those empires came from a few individuals, and when they needed more to expand, many turned to public offerings and private equity. The money collected from the estate tax (or any other tax) isn’t locked away and prohibited from being used for capital formation. Rather, it’s instantly spent by the government and flows back into the economy.

Turney. All of this brings me to my primary reason for suggesting that the estate tax should be repealed and the revenue found somewhere else: The estate tax is simply too complicated.

Jonathan. Before you go any further, why is repeal the only option? Why not simplification?

Turney. I’m skeptical that simplification can be accomplished. First, it strikes me that one reason the estate tax is tolerated is because there are so many loopholes. Unless someone is just afraid of lawyers or refuses to do planning, there’s no need to face a 40 percent tax on all assets over $5.45 million. If simplification made the tax system work more like it was intended, then I think there would be enormous opposition because simplification would, in effect, be a tax increase.

Jonathan. True, but in the current environment, the elimination of the estate tax is unlikely as well, unless it’s replaced with something else that’s similar. The most likely replacement would be an income tax at death. That tax could be a capital gains-type tax, or we could make inheritances part of gross income. That option might actually produce much more revenue for the government (at least if there were no large exemptions and the inheritance was subject to ordinary income and net investment income tax).

Turney. I think that the estate tax has become a big enough hot button so that as part of other tax changes—simplification, reform, increases—repeal might be achieved. I agree that then, taxes would rise elsewhere. If you’re a cynic, you might say that taxes will rise for poor individuals; but, that’s not necessarily true. Income tax increases and the elimination of various tax breaks (admittedly all with constituents) are equally likely.

Jonathan. I think we’re back to where we began: There’s no such thing as tax reduction; only tax burden shifting. Eliminating the tax on the richest Americans means it will fall on those with less. I understand why those who advocate for repeal do so, but on balance, I would leave the system in place and try some simplification efforts.

This is an adapted and (heavily) abbreviated version of the authors original article in the September issue of Trusts & Estates.