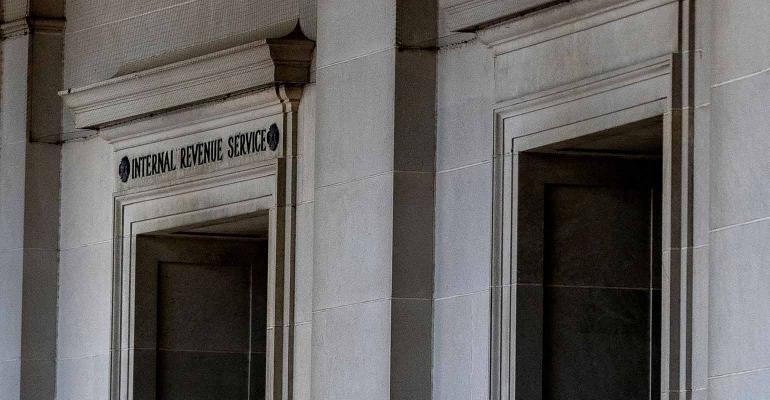 A settlement agreement leads to dispute over tax deductions.

When New York City real estate tycoon Sidney Kalikow died in 1990, he made sure to leave behind a will providing for the creation of a qualified terminable interest property (QTIP) trust for the benefit of his wife, Pearl Kalikow. Notwithstanding the documents in place, after Pearl’s death in 2006, a lengthy legal battle ensued over trust assets and income. Now, some 16 years later, the Internal Revenue Service is challenging the estate’s characterization of a $6.57 million settlement.

According to Sidney’s will, the remaining property in the QTIP trust that was set up was to be distributed in equal shares to Sidney and Pearl’s children, Edward Kalikow and Laurie Platt, after Pearl’s death. The will directed that Pearl was to receive, at a minimum, quarterly distributions of income from the trust. The trust was funded with income from 10 apartment buildings in New York City. Through a series of transactions, the apartment buildings were subsequently transferred to a limited partnership, of which the trust held a 98.5% interest.

A dispute filed by Pearl’s estate claimed the trust owed it $16.9 million in undistributed income. After several years of litigation, the aforementioned settlement agreement of $6.57 million was reached.

The IRS also shot down the Section 2053 argument, finding that the trust’s payment of $6.57 million to the estate doesn’t qualify for a charitable deduction because it was Pearl who bequeathed the amount to her foundation, the IRS said. The service further argued that the $6.57 million can’t be deducted as an estate expense under Section 2053 because the payment represents income that should have been distributed before her death. It also noted that the section prohibits a deduction for a donation characterized as an expense, which would otherwise result in a double deduction.