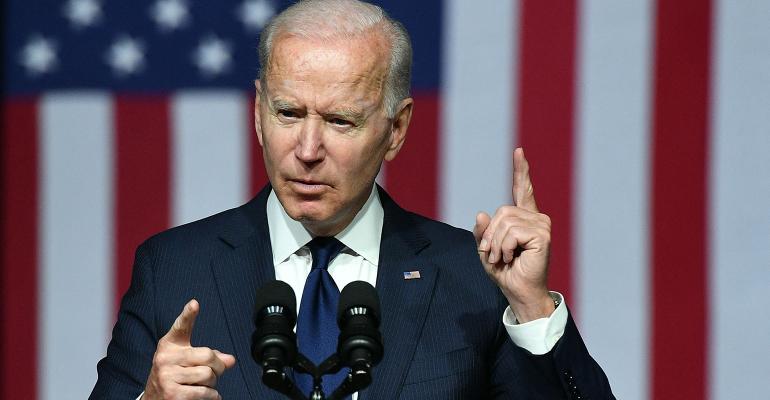 A summary of the key provisions of which advisors should be aware.

On May 28, the Biden administration released its revenue-raising proposals in the Treasury Department’s General Explanations of the Administration’s Fiscal Year 2022 Revenue Proposals, or what’s more commonly referred to as the “Green Book.” For estate planners, the proposals were interesting both for what was included and what wasn’t. The Biden administration isn’t proposing reducing the estate and gift tax exemption as had been anticipated after the election or for that matter making any changes to the transfer tax regime. However, it’s proposing to make death, lifetime giving and exceeding maximum holding periods for assets in trust recognition events for income tax purposes. If this proposal comes to fruition, gifts and bequests would be subject to not just one tax regime but two, which would have a dramatic impact on estate planning for high-net-worth (HNW) individuals. Let’s consider the key proposals impacting estate planning in Biden’s first Green Book and how advisors might advise clients.

President Biden’s primary plan to tax HNW families’ estate-planning structures is by making death, lifetime gifts and exceeding maximum holding periods for assets in trust recognition events for income tax purposes. The resulting income tax would be in addition to the potential gift, estate and generation skipping transfer (GST) taxes that may be imposed. This proposal, while alarming for many, isn’t new.

Originations of Biden’s Green Book proposal’s substance and text can be found in the final two Green Books issued by President Obama. In the 2015 State of the Union Address, President Obama and his team proposed ending what it called the “trust fund loophole,” which is a bit of a misnomer for what it is—generally eliminating step-up in tax basis under Internal Revenue Code Section 1014 for assets included in a decedent’s gross estate. Under the Obama proposals, both lifetime gifts (currently taking a carryover basis under IRC Section 1015) and transfers at death would result in the recognition of gain on appreciated assets. There were certain exceptions to this general rule, such as a $100,000 per person exclusion from capital gains as well as a $250,000 exclusion per person for the gain recognized on the transfer of a principal residence. Further, spouses that received property would have the basis of the donor spouse carried over, and transfers to charity would be exempt from the tax. This proposal also allowed these exclusions to be portable to a surviving spouse in a similar fashion to portability for the federal estate tax exemption.

In March 2021, Senator Van Hollen and others proposed Sensible Taxation and Equity Promotion Act (STEP) of 2021.

The text of the legislation that was released for discussion purposes would treat gifts and death as recognition events. Like the Obama proposal, there was an exclusion of $100,000 for lifetime gifts but a more generous $1 million exclusion for transfers at death. The legislation also introduced some proposals not found in the Obama proposals. One is the introduction of a deemed recognition event every 21 years for assets held in nongrantor trusts. Another was burdensome reporting requirements that would require all trusts with more than $1 million of assets or $20,000 of income to provide not only a balance sheet and income statement, but also “a full and complete accounting of all trust activities and operations for the year.” Most concerning is that the legislation would be retroactive to Jan. 1, 2021.

One month after the introduction of the STEP ACT, President Biden unveiled “The American Families Plan.” This proposal was an expanded version of a plan he campaigned on called “The Biden Plan for Education Beyond High School,” that was unveiled in October 2019. This proposal provided additional education past high school like his campaign plan, but also assistance with the cost of early childhood education, assistance with child care, 12 weeks of paid family and medical leave, and extending the recently expanded child tax credit. Both in office and while campaigning, he proposed to pay for it in part by eliminating the basis step-up.

The Biden Green Book was released one month after The American Families Plan was released, and it gives further detail to how this change would actually operate. Like all proposals in the Green Book, there are three sections to it: 1) a summary of current law, 2) the reason for changing current law and 3) the actual proposed change. As it relates to the summary of current law and the reason for change, the text of the Biden proposal is substantially the same as the Obama Green Book proposals. As for the proposed change, the Biden proposal builds off of the Obama proposal by taking parts of it verbatim but also adding more details of the mechanics of implementation of this new regime and creating even more recognition events. Like the Obama proposal, gifts and transfers at death would be recognition events. However, recognition events not included in the Obama proposal but included in the STEP Act were in the Biden proposal, specifically the recognition of gain on transfers to and from trusts as well as a periodic recognition of gain for assets held in trusts reaching a maximum holding period.

Operation of Tax on Death and Gift

While the Biden proposal doesn’t directly attack the transfer tax regime, it would curtail the benefits and flexibility of planning with intentionally defective grantor trusts (IDGTs). Estate planners know that a benefit of an IDGT is that the property that’s outside the taxpayer’s gross estate can grow income tax free during the grantor’s life as the grantor pays the income tax liability on the trust’s earnings. That benefit remains unchanged by the Biden Green Book. However, the flexibility of IDGTs stemming from the treatment of transactions between the grantor as nonrecognition events because the grantor and trust are considered the same for income tax purposes as set out in Revenue Ruling 85-13 will be impacted. President Biden’s proposal captures these transfers as recognition events. This proposal is different from the Obama proposals, which sought to attack the use of IDGTs through other means, but is consistent with the STEP Act.

Biden’s proposal excepts only grantor trusts that are wholly owned and revocable by the grantor. By contrast, the STEP Act doesn’t trigger gain on transfers to grantor trusts that would be included in the estate of the grantor immediately after the transfer, which should include, for example, grantor retained annuity trusts and qualified personal residence trusts. For such trusts, the STEP Act provides that trust assets are treated as transferred for purposes of the gain recognition rules on any date that: (1) a grantor trust becomes a nongrantor trust, (2) property is distributed to someone other than the grantor and (3) the property would no longer be included in the grantor’s estate. Conceivably, this could result in multiple recognition events on the same assets.

Various Democratic tax proposals have taken aim at the use of what are referred to as “dynasty trusts.” A dynasty trust is one that is GST tax exempt and has a long or indefinite perpetuities period. Neither state law nor the bite of transfer taxes will bring these trusts to an end. President Obama’s proposals called for GST tax exempt trusts to lose their exempt status 90 years after the creation of the trust. Sen. Sander’s For the 99.5% Act and Sen. Warren’s American Housing Economic Mobility Act of 2021 call for the exemption to be lost after 50 years. President Biden’s proposal doesn’t attack the GST tax exempt status of a trust, but instead provides for an income recognition event, stating “[g]ain on unrealized appreciation also would be recognized by a trust… that is the owner of property if that property has not been the subject of a recognition event within the prior 90 years…” The STEP Act has a similar provision; however, this recognition event would occur every 21 years and apply to all property irrespective of its holding period. President Biden’s proposal would start counting 90 years from Jan. 1, 1940, meaning that a trust that was in existence in 1940 or earlier that has property not subject to a recognition event will have it recognized no later than Dec. 31, 2030 (90 years after Jan. 1, 1940). For trusts with assets that are regularly sold, this proposal won’t cause much of a tax issue. However, for trusts that hold real estate or closely held businesses, this could create a substantial liability that could prevent the wealth being passed down largely intact through multiple generations.

President Biden’s proposals are interesting as they show where the administration’s focus is. However, the practitioner’s crystal ball still lacks clarity because it’s just another set of proposals in a near evenly divided Congress. For all the talk of potential retroactive gift taxes, elimination of GRATs and other transfer tax proposals, it’s welcome news that they aren’t in Biden’s Green Book. This could be a strategic decision of where to deploy political capital given the transfer tax exemption will decrease on its own in 2026. The impact of President Biden’s proposal would be much more widely felt. This is especially true for clients living in states without estate taxes but with an income tax—as this proposal could effectively create a state level death tax.

While impactful, hyperbole isn’t helpful to clients, so practical planning solutions will be needed. The paradigm shift from an estate planner’s primary focus on transfer taxes to income taxes already happened nearly a decade ago with the passage of The American Taxpayer Relief Act of 2012. This is just an additional shift with that paradigm. If (major emphasis on if) it comes to pass, it will have an impact on investment decisions as holding assets in anticipation of a basis step-up will no longer be a factor and it could also give rise to thinking about the allocation of the tax liability among beneficiaries. As always, with increased taxes and reporting obligations, there’s the need for multifaceted thinking and advice clients will need.