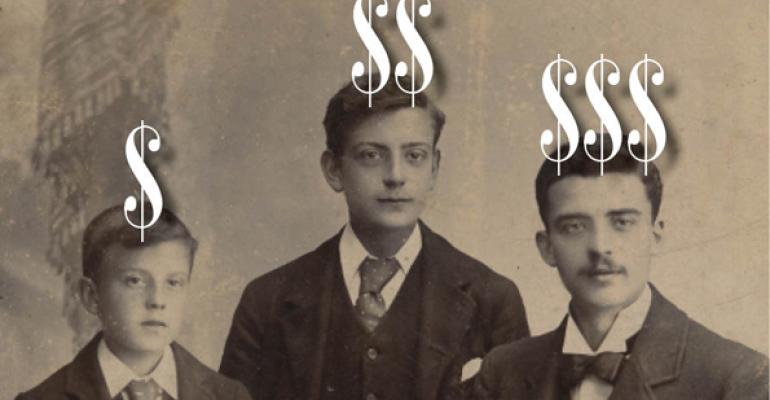 English or American Per Stirpes

Estate of Evans illustrates the importance of defining terms in documents

A man dies intestate without a surviving spouse or any descendants.  His parents predeceased him.  He had three brothers, all of whom also predeceased him.  One died without issue.  One left two living daughters, and the other was survived by a son.  So, our decedent’s heirs are two nieces and a nephew.  How is the estate divided?  The Nebraska intestacy statute, like most of us are familiar with, provides that without a surviving spouse, descendant or parent, the estate passes to “the issue of the parents or either of them by representation.”  In other words, per stirpes.  But that doesn’t tell the whole story.  For those readers in what’s now apparently a minority of jurisdictions, the answer would be 50 percent to the nephew and 50 percent divided between the two nieces.  The nephew takes his father’s entire share and the nieces divide the share their father would have taken.  Per stirpes is per stirpes right?  No.  For those who agree with the division of the estate as just described, you’re apparently applying “strict,” “classic” or “English” per stirpes.  Under “modern” or “American” per stirpes, which is now the majority approach, the result is an equal division of the estate in thirds to the nieces and nephew.

If representation is called for by this code, the estate is divided into as many shares as there are surviving heirs in the nearest degree of kinship.

The trial judge got the division of the estate right, but mistook the facts and thus got to the right result by applying the wrong section of the statute – a doctrine that has been referred to as the “tipsy coachman.”  The “coachman” eventually gets his passengers to the right destination, but by the wrong route.

This per stirpes issue isn’t confined to intestate estates, because many wills and trusts utilize a failure of beneficiary provision that refers to the “settlor’s heirs at law” or “in shares per stirpes to the then living descendants of my parents” or “by representation” or some such reference.  The Evans court relied heavily on an article by Samuel B. Shumway on intestacy law (2 Wyo. L. Rev. 641, 2002) if you want to know more, but planners and litigators alike are reminded that “per stirpes” and “by representation” come in more than one flavor and should probably be defined in any documents using such terms.