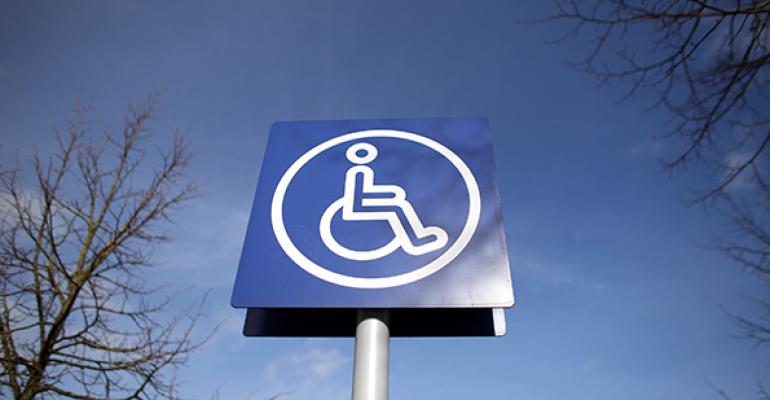 An Empowering Change in Legislation for Disabled Individuals

An SNT is a type of irrevocable trust that’s frequently used to hold the assets of a disabled individual who’s receiving Medicaid or other public benefits. Typically, those with disabilities qualify for government assistance, such as Supplemental Security Income (SSI), Medicaid and subsidized housing. Many government assistance programs are “means tested” (or “needs based”). To be eligible to receive means-tested benefits, an individual’s assets and income must be below a certain level. When properly drafted and administered, the assets held in an SNT won’t count against the individual’s asset limits for the purposes of his or her Medicaid or SSI eligibility.

In brief, there are three types of SNTs: (1) a first-party trust (sometimes referred to as a “d(4)(a) trust" or simply a “special-needs trust”); (2) a third-party trust (sometimes referred to as a “supplemental-needs trust”); and (3) a pooled trust.  A first-party SNT can be funded only with assets that belong to the disabled beneficiary (such as an inheritance or the settlement proceeds from a lawsuit).  A third-party trust can be funded only with assets belonging to someone other than the disabled beneficiary (such as the beneficiary’s parent or grandparent). A pooled trust can be either a first-party trust or a third-party trust. With a first-party or third-party SNT, the individual establishing the trust may choose an individual or a corporation to serve as trustee. A pooled trust is a trust that’s established by a nonprofit organization, which also serves as trustee. Pooled trust accounts hold assets from many different individuals with disabilities and generally provide reduced administration costs.

Each type of SNT has other attributes, as well as additional differences, and there are important considerations involved in determining which type of trust vehicle is appropriate in any given scenario. An analysis of these issues is well beyond the scope of this article. Moreover, the key change to special-needs trust law brought about by the CCA applies only to the creation of first-party SNTs.

Key Elements of a First-Party SNT

The Omnibus Budget Reconciliation Act of 1993 (OBRA-1993), which was codified under 42 U.S.C. Section 1396p(d)(4), et seq., authorizes the use of trusts created with assets of an individual who receives public benefits without sacrificing the government assistance received. Under Section 1396p(d)(4), the following conditions must be met to create a first-party SNT:

In addition to those mentioned above, the law places many other restrictions and prohibitions on the language used in the provisions of an SNT and regarding how and for what purposes the trust assets can be distributed.1 For example, another important requirement in the administration of an SNT is that any distributions from the trust must be for the sole benefit of the disabled beneficiary. It’s important for drafting attorneys and trustees to familiarize themselves with all of the laws and rules governing the creation and administration of SNTs.

Unfortunately, a drafting oversight in OBRA-1993 occurred, in which it assumes an individual with a disability doesn’t have the required mental capacity to enter into contract and create his or her own trust. No mechanism was provided for those individuals who do have the required capacity to independently establish their own self-settled trust. That left those disabled individuals without living parents, grandparents or a legal guardian caught in a burdensome process to establish a self-settled SNT. It required obtaining counsel and initiating court proceedings to have a court authorize the creation of the trust on behalf of the disabled individual. In addition to being costly and time-consuming for a disabled individual who had the requisite capacity to act independently, this requirement takes away decision-making powers from those who are self-sufficient in many other aspects of their life. As drafted, OBRA-1993 required those with disabilities to rely on others to advocate for their needs in the creation of an SNT.

Section 5007 of the CCA, Fairness in Medicaid Supplemental Needs Trusts, includes the necessary language that addresses the unfairness and impracticability caused by OBRA-1993's not allowing individuals with disabilities to create their own self-settled SNTs. Section 5007 amends Section 1917(d)(4)(A) of the SSA (42 U.S.C. 1396p(d)(4)(A)) by adding the words “the individual” after “for the benefit of such individual by.” These two important words empower mentally competent individuals with disabilities to create their own SNTs without having to work through a parent, grandparent, legal guardian or the court to create the self-settled trust.