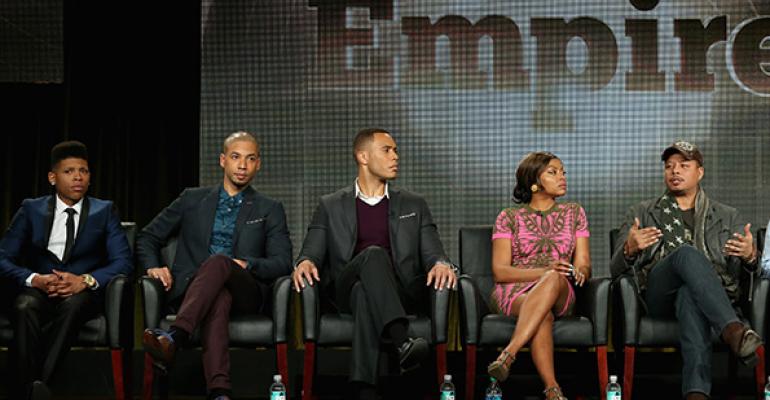 If you strip away all of the murder, plotting, betrayal and mental illness, you reach a core of estate planning issues that are shockingly common in the real world

With Season 2 of Empire premiering on Wednesday Sept. 23rd, we thought it was appropriate to run this article again to highlight some of the very real estate-planning insight that advisors can glean from this wonderfully ridiculous show.

Light Spoilers Ahead. You’ve Been Warned.

Two weeks ago, Empire wrapped up it’s first season as the best-received new show in years. The epic story of Lucious Lyon, his company and his squabbling family is the latest in a long line of primetime soap operas that have captured the hearts and minds of America. That the show features an almost entirely black cast places it at the vanguard of a growing diversity movement on network television and adds a level of social gravitas that surpasses the largely derivative (albeit enormously entertaining) story it tells (fans of King Lear will feel right at home with Empire).

However, the reason I’m taking the time to write about the show isn’t (solely) because of its popularity but because it’s central conflicts are all rooted in estate planning. Indeed, if you strip away all of the murder, plotting, betrayal and mental illness that are the hallmarks of any good soap opera, you reach a core of estate planning issues that are shockingly common in the real world.

The main plotline of Empire is Lucious Lyon’s struggle, after being blindsided with a diagnosis of terminal ALS, to choose a successor from among his three sons to take over his entertainment conglomerate. This conflict represents perhaps the most common issue that estate planners encounter when dealing with high-net-worth family business owners. Often, the first generation wealth creator is so consumed with growing and maintaining his life’s work that he fails to consider who will manage it when he no longer can, let alone the consequences of a botched wealth transfer. Many such driven individuals fail to even recognize the simple fact that a day will eventually come when they won’t be able to manage the business… until that day inevitably comes, of course. It’s tempting to call Lucious foolish for failing to prepare for this eventuality. However, it’s important to realize that in his mind, and the minds of many wealth creators like him, he and Empire are one and the same. That one could exist without the other is an anathema to the self-determined ideals that helped him build the business in the first place.

Succession planning, particularly when there are multiple heirs (not to mention the rare case where a wealth creator decides to choose a successor from outside the family), is a lengthy process that needs to begin long before the end is in sight. Needless to say, creating a deathbed horse race for the position, as Lucious does, isn’t the most elegant solution. Not only does the wealth creator need to communicate his thought process to his children and smooth any ruffled feathers that result, usually through making larger bequests in his will to the aggrieved parties, but the chosen successor needs to actually be prepared to take on the position. The preparation process alone can take years, even if the child is involved in the business already.

An increasingly common complicating factor in modern estate planning, a blended family generally features multiple spouses and their respective children. The blended family on Empire is a fairly typical representation of the phenomenon. Lucious has an ex-wife, Cookie, who is the mother to his three sons, and a new fiancé, Anika, who has very little connection to anyone but Lucious. Complicating matters further is that Cookie is freshly released after spending 17 years in prison and is still largely getting to know her now-adult children. Predictably, when these people are forced together, conflict ensues. And though, because Empire is a television show, that conflict manifests itself in very bombastic ways, it’s rooted in the same communication failures and feelings of inadequacy with which real-life blended families struggle.

Take the extremely complex case of Cookie and Anika. Cookie sees Anika living the life that Cookie went to prison to build and resents Anika for it, not to mention the fact that Anika is younger, more cultured and lighter skinned (Anika has a white father and a black mother). Anika is insecure and jealous because Cookie and Lucious share a bond that she doesn’t understand and can never match. Further, Cookie has the street cred (ask about her) that Anika desires and, on top of everything, Cookie is a more talented producer. A competent advisor’s job is to identify these clashes and attempt to open lines of communication between the parties to help alleviate them before they explode when the only thing bringing these people together, namely, Lucious, is gone. In this particular case, some of the issues, particularly those that run along class and racial lines, can probably never be completely resolved, but talking about them openly can help to take the edge off a bit and at least encourage cooperation. At the very least, stressing communication can help identify when two people absolutely can’t be trusted to work together, which must then be addressed in the estate plan itself. Clear drafting is paramount.

Just because Empire is fiction, doesn’t mean that we can’t learn from it. Though the Machiavellian machinations of the Lyon family are the reason the masses tune in each week, keen-eyed advisors will see that, at their core, the struggles faced by the Lyons are very similar to those many of our clients face on a daily basis.