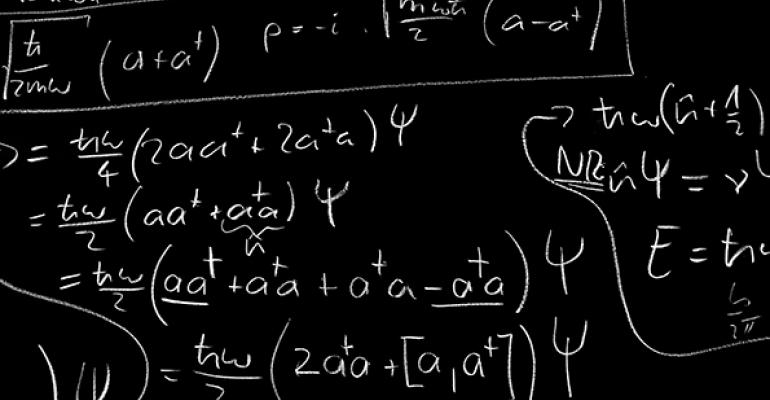 Drafting in a Parallel Universe

A U.S. District Court for the Southern District of Georgia, recently engaged in an ontological thought experiment reminiscent of the  “many-worlds” interpretation of quantum mechanics. The case centered on an estate’s right to seek reimbursement of estate taxes from recipients of non-probate assets.1  The result was intellectually rigorous to the point of defying expectation and defiantly producing a conventionally illogical outcome.

In summary, the court concluded that if a state statute for will construction posits a world in which your ex-wife predeceased you, then your estate can’t seek reimbursement from her for payment of estate taxes, even though in (your) reality she received non-probate assets whose value was included in your taxable estate—except with respect to life insurance proceeds, in which case there’s a specific federal statute that puts you back on Earth-One, where your ex-wife still exists and must reimburse your estate.

The Facts in This Reality

Thomas H. Smoot, II died on Feb. 16, 2009.  As a result of Thomas’ death, his ex-wife, Dianne, received life insurance proceeds and retirement assets totaling about $5.4 million.  Thomas’ total taxable estate, which included the non-probate assets passing to Dianne, was about $7.8 million, producing a federal estate tax liability of about $1.4 million.

The court concluded that Thomas’ will contained a tax allocation clause that provided that each recipient of property included in his taxable estate was to pay a pro rata share of estate taxes, based on the value of the property that he or she received.  (Incidentally, by carefully reading the tax allocation clause quoted by the court, one can become convinced that the clause doesn’t actually mean anything at all.)  Thomas’ executor paid the federal estate tax and then brought a claim against Dianne for reimbursement of her pro rata share of the estate tax liability, which was calculated to be about 69.8 percent of the total.

The court considered the issues on the executor’s motion for summary judgment.

The executor sought reimbursement of estate taxes with respect to the life insurance proceeds Dianne had received.  Using a fairly straightforward analysis, the court held in favor of reimbursement.

The court cited the Internal Revenue Code Section 2206, under which the executor is entitled to reimbursement for a pro rata share of estate taxes attributable to the proceeds of life insurance paid to a beneficiary other than the executor, unless the decedent directs otherwise in his will.  The court held that the tax allocation clause in Thomas’ will didn’t contemplate a tax allocation scheme different from IRC Section 2206

Therefore, the court held that Dianne must reimburse the executor with respect to estate taxes paid on the value of the life insurance proceeds she received.

The executor also sought reimbursement of estate taxes with respect to the retirement assets Dianne had received.  The amount at issue was $353,879.

The court recognized that the outcome in this case, which produced a greater net benefit for the ex-spouse, was probably contrary to the legislative intent of the will construction statute, but the court couldn’t find an ambiguity in the statute that would mitigate Dianne’s non-existence for purposes of estate tax reimbursement.

So how could the court reconcile Dianne’s survival regarding the life insurance with her early demise as to the other non-probate assets?  Although the court never alluded to the many-worlds theory, its decision seems to be a strict application of its principles.

In 1957, mathematician Hugh Evert III published his many-worlds interpretation of quantum mechanics which, grossly simplified, states that whenever systems interact in a manner that could produce more than one result, they actually produce all potential results, each in a separate reality.  These separate realities don’t influence one another but instead continue to split based on their own systems interacting, ad infinitum.  We only observe one result each time reality splits because an observer can only occupy one reality at a time.3  The world of science fiction quickly picked up this idea, which became popularly known as parallel universes.  One early example appears in DC Comics’ Justice League of America #21 (August 1963), which established that contemporary superheroes existed on Earth-One, and their counterparts from an earlier generation of comic books continued to exist on Earth-Two.  A similar parallel universe or alternative universe concept was used to explain the recent reboot of Star Trek movies, in which the characters’ backstories deviate from the original TV series and earlier movies.

So the Smoot court was saying  that the Georgia will construction statute created an alternative reality in which Dianne pre-deceased Smoot, even for purposes of the tax allocation clause.  Therefore, when the will was the only source of the executor’s authority to pursue estate tax reimbursement, which was the case with respect to the non-life insurance assets, the executor’s authority could only be exercised in the universe in which Dianne had predeceased Smoot (and presumably didn’t receive the non-probate assets) and thus didn’t exist as a defendant.

In contrast, the executor’s authority to seek estate tax reimbursement with respect to life insurance proceeds was granted independently by a federal statute, which wasn’t subject to the terms of Georgia’s will construction statute and, therefore, that authority could be exercised in the universe in which Dianne survived Smoot (and received the life insurance proceeds) and thus could be named as a defendant.

Lesson of the Case

It’s difficult to draft will provisions for the many contingencies that might occur in the reality in which we operate, but sometimes estate planners may even need to consider how their drafting may be given effect in a parallel universe.