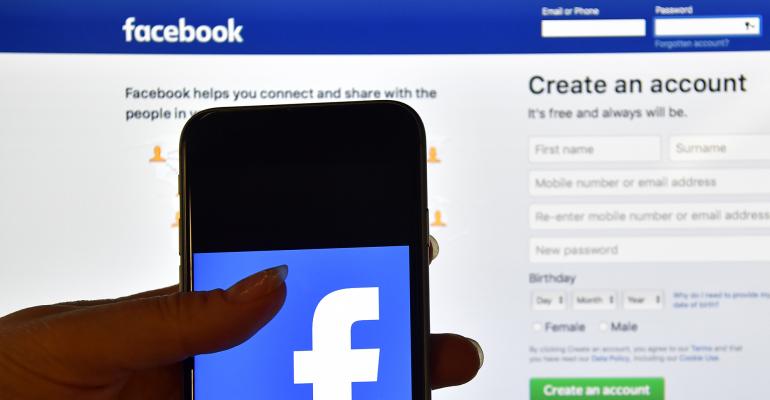 An update on the estate planning implications.

The question of what happens to your client’s digital assets after he dies isn’t easily answered. In large part, the answer depends on the state in which your client lives, as state laws vary. Certain states follow statutory law to deal with these complicated questions.

In 2014, the Uniform Law Commission approved and recommended for enactment in all states, the Uniform Fiduciary Access to Digital Assets Act. UFADAA gives estate representatives broad authority to access the contents of a decedent’s electronic communications and other digital assets, restricting such access only when the decedent opted out while he was alive. A decedent could “opt out” via his will or by entering into a Terms of Service agreement containing restrictions on the fiduciary’s right to access digital assets and agreeing to those restrictive provisions by some separate affirmative act. Only one state, Delaware, passed legislation modeled after the UFADAA.

The UFADAA was met with strenuous opposition from lobbyists for the online service providers. As a result, in 2015, the ULC approved and recommended for enactment in all states the Revised Uniform Fiduciary Access to Digital Assets Act. Unlike the UFADAA, the RUFADAA default assumption is that estate administrators may not access the contents of a decedent’s electronic communications or other digital assets unless the decedent “opts in” and agrees during his lifetime that after his death, this information may be disclosed to an estate administrator. Thirty-seven states have enacted some form of the RUFADAA. In 2017, an additional seven states and the District of Columbia introduced some form of the RUFADAA to their legislatures. Massachusetts has not adopted the RUFADAA.

The RUFADAA sets forth the default rules for accessing electronic communications, distinguishing between access to catalogue (identifying information about the emails, like the “to” and “from”) and access to content (the content of the communication itself). With respect to catalogue, the personal representative of a user’s estate is automatically granted full access to a catalogue of digital assets without content, unless that decedent specifically prohibited disclosure. With respect to content, the personal representative isn’t granted access to electronic content such as email, text messages and instant messages, unless the decedent consented to the disclosure. The user can consent to fiduciary access via use of an online tool or by granting access via his estate planning documents. The TOS of an online provider will only apply if no online tool was used and the estate planning documents are silent.

Although the RUFADAA provides a road map for users to control the accessibility of their digital assets upon their death, it stops short of requiring service providers to make digital assets available when the user has consented.

Massachusetts is one of 13 states that hasn’t yet adopted RUFADAA. In Ajemian v. Yahoo!, Inc., 478 Mass. 169 (2017), the Supreme Judicial Court addressed the fate of one user’s digital assets in the absence of RUFADAA. In 2002, Robert Ajemian set up a Yahoo email account for his brother John. John used the Yahoo account as his primary email account until he died in 2006. John died without a will and left no instructions concerning the disposition of the email account. Following John’s death, Robert and his wife, Marianne, were appointed as personal representatives of John’s estate. Marianne requested that Yahoo provide her with access to John’s email account. Yahoo agreed only to provide subscriber information and only if Marianne obtained a court order mandating disclosure. Marianne and Robert obtained such an order, and Yahoo provided them with the subscriber information. But Marianne and Robert weren’t satisfied and filed a complaint in Probate and Family Court seeking unfettered access to the email messages in John’s account.

Instead, the SJC held that personal representatives of a decedent’s estate can provide lawful consent on behalf of the decedent. Significantly, however, the Court cautioned that its holding didn’t require Yahoo to release the contents of the decedent’s emails; rather, the holding merely permitted Yahoo to release the emails if the personal representative of an estate provided consent.

While the SJC’s decision in Ajemian doesn’t change the landscape of the law on the issue of digital assets, it does raise an interesting threshold question: Does a decedent have a property interest in his digital assets?

The SJC in Ajemian didn’t address the question of whether a decedent (and thereafter a decedent’s estate) has a common law property right in the contents of a decedent’s email account; however, it did emphasize that “numerous commentators have concluded that users possess a property interest in the contents of their e-mail accounts.” This view is consistent with common law definitions of property generally in Massachusetts.

It’s long been settled that property encompasses “every species of valuable right and interest, and includes real and personal property.” (Hook v. Hook, 57 Mass. App. Ct. 342, 348 (2003)). The Massachusetts Appeals Court has recognized that the “value of a property right lies in, among other things, the rights it gives one to possession and to free alienation of the property. Deprivation of those rights is, under our legal system, an archetypal injury in fact.”(Brissette v. Ryan, 88 Mass. App. Ct. 606, 610 (2015)).

The inherent tension among common-law property rights, federal and state statutory schemes regarding access to digital assets and TOS agreements will undoubtedly provide fertile ground for further litigation on the subject of digital assets. Hopefully, faced with deciding these critical issues, courts will provide much needed clarity in an area of the law still shrouded by uncertainty.