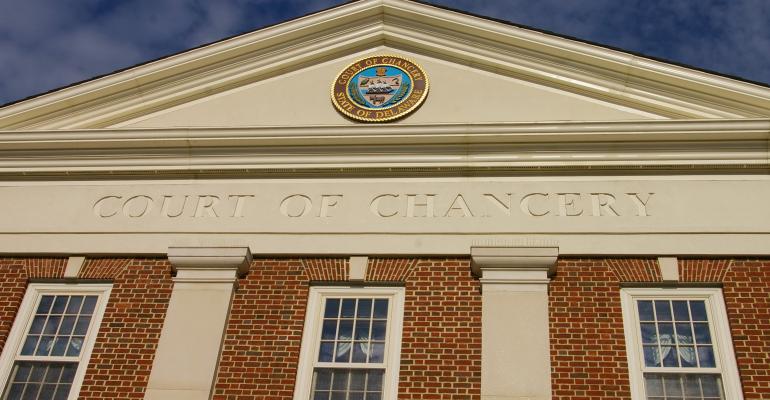 In In re Trust Under Will of Wallace B. Flint for the Benefit of Katherine F. Shadek,1  the Court of Chancery of Delaware rejected an unopposed petition by the income beneficiary of a trust to modify its administrative terms to allow for an investment advisor and a directed trustee.  The court held that allowing such a modification would contradict the state’s policy of upholding the settlor’s intent.  According to the court, it would be “duplicitous for our State to represent to a settlor that our law will respect his dispositions and enforce his governing instrument, only to enable his beneficiaries to rewrite that instrument after his death.”  This decision is significant because it’s an example of Delaware’s rejection of the current trend to prioritize the wishes of the beneficiaries even if the settlor’s intent is clearly stated.

The settlor (the brother of the founder of IBM) executed his Last Will and Testament in 1934.  The will poured the residue of his estate into a trust for his wife’s benefit and on her death, for the benefit of his daughter, Katherine.  The settlor appointed two independent individual trustees and a corporate trustee to act alongside his wife as initial co-trustees.  Additionally, the trust granted Katherine the ability to access a quarter of the trust’s principal at ages 35 and 40 (which she never exercised) and allowed for a maximum $10,000 a year in discretionary principal distributions.

In 2001 and 2002, Katherine and the corporate co-trustee, obtained court orders approving a change in the trust’s situs from New York to Delaware and splitting the governing law of its administrative provisions between the two jurisdictions.

According to the court, the corporate co-trustee at some point recommended diversifying the trust’s assets, which the court estimated IBM stock to account for 81 percent of the trust’s assets.  Katherine and her children opposed that plan.  The corporate co-trustee acquiesced, but because the trust only contained a general permissive stock retention clause, the trustees invested in IBM stock hedges, delegated investment duties to Katherine’s adult children and required the signing of consent, release and indemnification waivers.  Hoping to replace these measures, Katherine filed the petition to modify the terms of the trust by restating the will to allow for an investment advisor and a directed trustee.

According to the court, while other jurisdictions may have rejected the Claflin1 doctrine that holds that a settlor’s intent is paramount, in Delaware, “the cardinal rule of law in a trust case is that the intent of the settlor [controls the interpretation of the instrument].”  While Katherine had “good reasons for wanting to change the [settlor’s] estate plan,” the court had to reject the petition because “[u]nder Delaware law, the settlor’s intent controls, and it is the public policy of this state ‘to give maximum effect to the principle of freedom of disposition and to the enforceability of governing instruments.’”

Historically, courts in the United States have given considerable deference to the settlor’s intent and the settlor’s right to dispose of property in trust in the manner in which the settlor wises.  The court in Flint cited the preeminent case that established the rule requiring courts to consider a trust’s “material purpose” prior to modification Claflin. Under the Claflin doctrine, if a court determines a trust has a material purpose, the court can only modify or terminate the trust if the material purpose wouldn’t be frustrated.  This led to the basic presumption that a trust with a material purpose, which includes discretionary distributions or spendthrift provisions, couldn’t be modified or terminated.

There’s a new emerging rule in the Uniform Trust Code and the Restatement (Third) of Trusts that allows a court to modify or disregard the terms of a trust if the court determines that those terms aren’t in the beneficiaries’ interests, even if those terms unambiguously express the settlor’s intent.

There have been arguments that this emerging rule should apply to anti-diversification and mandatory stock retention clauses on the theory that such retention clauses are harmful to the beneficiaries based on the possibility of extreme future loss of value of the trust corpus.  These arguments have been further strengthened by recent cases holding the trustee liable for loss of value despite a clear intent expressed by the settlor to waive the diversification.

Oftentimes, professional trustees are left holding concentrated assets in old trusts that contain general permissive retention clauses similar to that contained in Flint.  In many instances, the beneficiaries may be better served by converting these trusts to a directed trust.  However, the Flint court took a firm stand that, despite arguments that the beneficiaries may be better served by a directed trust, Claflin still rules and the settlor’s intent to have a professional management of the assets firmly controls.  Perhaps there would have been a stronger argument that the settlor’s intent would be preserved if the retention clause would have been more specific or there was some indication that the beneficiaries could control the investments.