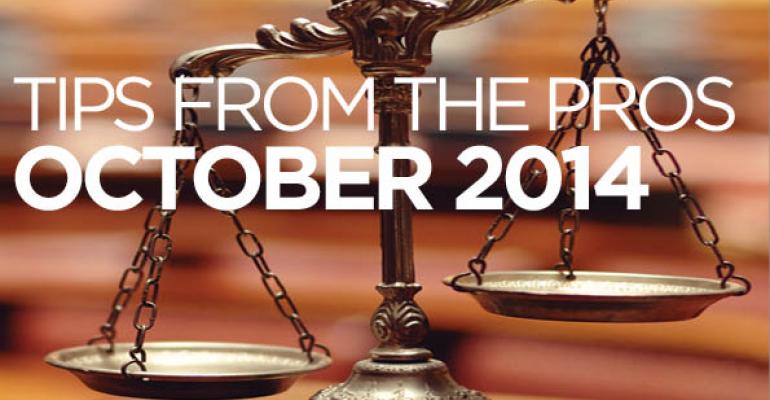 Defend Against Attacks on DAPTs

Tips From the Pros

Self-settled trusts have gained in popularity in estate and wealth preservation planning.1 As part of an overall estate plan, a self-settled trust, generally, gives the settlor the flexibility to be a permissible beneficiary of an irrevocable trust. Currently, only 15 states have self-settled trust statutes.2 These trusts are typically called domestic asset protection trusts (DAPTs) and provide many benefits in addition to wealth preservation and asset protection. There are, however, major differences among the self-settled trust states.3 It’s important that a DAPT be properly coordinated, structured, sitused and administered to maximize its benefits. (See “Key Steps,” this page.)

Generally, when DAPTs are attacked, lawyers for creditors try to find weaknesses in the client’s DAPT planning.4 Here are six common methods of attack against which practitioners should be prepared to defend.

Creditors may argue that there was a fraudulent conveyance to the trust. For this claim to prevail, the creditor must prove that there was intent to hinder, delay or defraud.5 This argument, generally, is subject to a “clear and convincing” or “preponderance of the evidence” standard of proof, which varies depending on the DAPT state’s statute.6 There’s also a statute of limitations for a fraudulent conveyance (usually two to four years),7 depending on state statute, after which time a cause of action or claim for relief with respect to a transfer of the settlor’s assets to a DAPT is extinguished, and the creditor may not be able to reach the assets. If the creditor is an existing creditor at the time the DAPT is established, that creditor may also have the period of time starting from when the transfer is or reasonably could have been discovered by that creditor to bring its claim (usually six months to a year), depending on state statute.8 Some clients may start the discovery period by giving notice to potential creditors. Both the standard of proof and statutes of limitation are key factors to consider when selecting a DAPT situs.

• The settlor is named as the only beneficiary;

• The settlor is a co-trustee and/or trust protector;

• There was a transfer of 100 percent of the settlor’s assets or large asset positions to the trust; or

• There were implied agreements between the settlor and trustee.12

Creditors may also attack a DAPT based on improper trust situs. To secure situs, clients will try to establish as many contacts as they can in the DAPT situs state.13 Generally, a DAPT is drafted with the governing law of the DAPT state, and it’s properly administered in the DAPT state. The more trust administration done in the DAPT state and the less done in the client’s resident state, the better. The recent case of In re Huber is a prime example of what can go wrong with improper situs.14 In Huber, the trust named an Alaskan corporate trustee in the DAPT state (Alaska) but named the settlor’s son, based in Washington, as co-trustee. The settlor’s son made frequent distributions to the settlor. This activity was one of the many factors that made the Alaska trustee look like a “straw man.”15

Additionally, the situs of DAPT property is important. A common strategy is to establish a limited liability company (LLC) in the DAPT state to own the trust property and be properly titled to the DAPT.16 This construct provides not only additional situs connection, but also an added layer of liability protection.17 In Huber, an Alaska LLC (99 percent owned by the DAPT and 1 percent owned by the settlor’s son) held entities and real property located in Washington; the settlor’s son, based in Washington, was the manager.18 The court determined that Washington held the most significant relationship with the DAPT, not Alaska. Huber also features fraud and bankruptcy issues and provides a useful lesson on how not to structure a DAPT to receive maximum situs protection.

A related issue, also highlighted in Huber, is conflict of laws. When a creditor sues a settlor, the lawsuit may, generally, be initiated in the settlor’s resident state, which is usually different from the DAPT situs state, and could present a possible conflict-of-laws issue. Restatement (Second) of Conflict of Laws Section 270, states that a trust will be valid if valid “under the local law of the state designated by the settlor to govern the validity of the trust, provided that this state has a substantial relation to the trust . . . ”19 Which state’s laws will govern is an important consideration and is based on more than a governing law provision in the trust document. The location of both the trust administration and trust property are also very important considerations.

DAPTs are also attacked based on constitutional challenges, such as the full faith and credit clause,22 due process clause,23 contract clause24 and  supremacy clause.25 The supremacy clause argument is most prevalent in federal bankruptcy situations in which the Bankruptcy Code’s 10-year look-back usually trumps 2-year to 4-year state fraudulent conveyance statutes. Other attacks on DAPTs involve “super creditors” for tax and security claims, as well as environmental issues.26

1. Clients are establishing self-settled trusts that are both excluded from the estate (generally, dynasty trusts) using the $5.34 million gift and generation-skipping transfer (GST) tax exemptions, as well as those that are tax neutral and purposely included in the estate by retaining a power of appointment so that none of the $5.34 million gift or GST tax exemptions need to be used.

22. U.S. Const. Art. IV, Section 1, requires a state to recognize and enforce all valid rendered judgment of other states, but to reach trust assets, a creditor must sue in a court that has jurisdiction over some aspects of the trust. Based on Conflict of Laws Section 270, most states recognize valid trusts in another jurisdiction, unless there’s a compelling public policy reason not to do so, or if there’s an alter ego, fraudulent conveyance or exception creditor. See also Dahl v. Dahl, Utah Fourth Judicial District Court, Civil No. 090402989 (Nov. 1, 2011).

23. U.S. Const. amends. V and XIV require that the forum state have sufficient interests in the matter, so that the application of its laws wouldn’t be arbitrary or unfair.

25. U.S. Const. Art. IV. Constitution and laws of the United Sates are supreme laws of the land, so the Bankruptcy Code takes precedence over any conflicting state law.