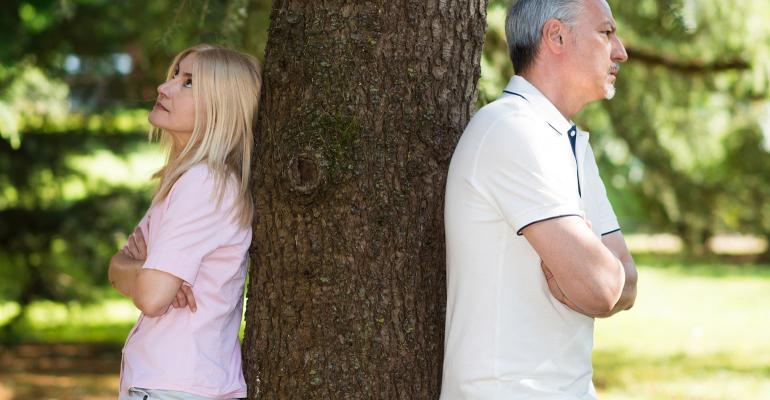 “I’m not saying she’s a gold digger” is how more than a few client conversations begin. When a child or grandchild is thinking of getting married, many concerned parents and grandparents think about what could happen if the nuptials end in divorce. (After all, marriages generally end in one of two way—death or divorce!)

While precise statistics are difficult to confirm, clients appreciate that perhaps 30 percent to 60 percent of marriages fail. Even with this knowledge, many folks still gift significant assets outright to their children or grandchildren. Then, years later, they often express regret that the gifted wealth is unintentionally exposed to my proverbial “Three Big, Bad Wolves” (divorce, liability and estate taxes). The Big, Bad Wolf of divorce is probably the most feared wolf of all, and the statistics suggest that this wolf is likely to appear at the door of almost every family.

Too frequently, the wealth that was held by one spouse, individually, becomes marital property. It can happen slowly as a couple changes the way the assets are titled. Or it can happen quickly, when, for example, a couple buys a new home and uses the previously non-marital assets for the purchase. The new home is typically held in both spouses’ names and arguably becomes marital property.

Those with the most foresight often will transfer wealth to their younger loved ones in trust, not outright. Conventional wisdom suggests that the approach of transferring wealth in trust (rather than outright) is all the protection a loved one needs from the possibility of a failed marriage (or from the other wolves). In legal reality, a bit more may be required.

Many decades ago, cars were fitted with a new safety device called seat belts. Thereafter, some innovators suggested that adding airbags might be beneficial. The conventional thinkers of the day opposed the idea of airbags, believing that seat belts were enough protection and that drivers didn’t want the added inconvenience and expense of airbags. And besides, they argued, even an airbag wouldn’t guarantee surviving an auto accident.

Fast-forward to today. All new cars have seat belts and airbags. In the estate-planning world, we may be in the era of thinking, “a trust (seat belt) is all the protection my loved one needs.” In fact, it takes a special kind of trust to protect your loved ones from the Three Big, Bad Wolves. And for better protection from the divorce wolf, a prenuptial agreement, admittedly the most unromantic idea possible, may be the new airbag.

There seems to be a disturbing trend developing across the country. The sanctity of trust assets being treated as non-marital property in a divorce could be eroding. Various states, including Massachusetts, Colorado, Oregon, Missouri and Florida, have troubling law in this area. It’s unclear whether these cases are aberrations or the beginning of a trend. A prenuptial agreement, coupled with a properly drafted trust, can help mitigate the kick in the head of losing assets and a spouse in a divorce.

Just as we would prefer to send newlyweds on their honeymoon in an automobile with modern safety features, perhaps it makes sense to send our loved ones off with the best available financial protections. Prenuptial agreements, partnered with holding assets in trust, are safety features for our loved ones’ financial futures.