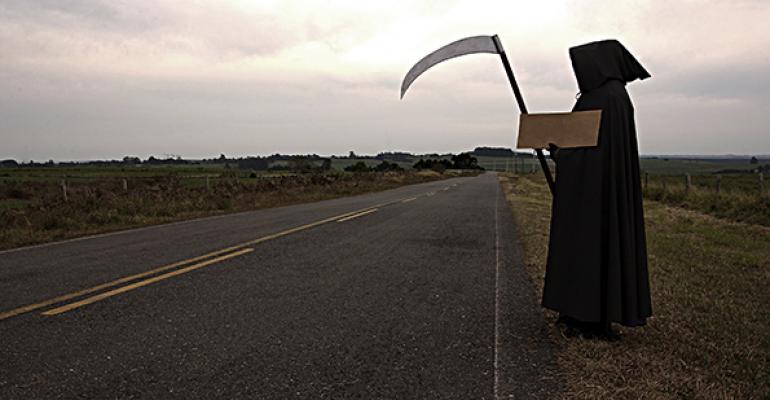 The 'Death Tax' Deserves to Live a Long, Useful Life

The much-maligned estate tax is far better than its detractors claim -- and instead of being eliminated, it should be restored to its 1980s levels.

(Bloomberg View) --Whenever Republicans gain control of both Congress and the White House, there is talk of abolishing the estate tax. Groups such as Americans for Tax Reform love to call for the end of what they inaccurately label the death tax, and President Donald Trump’s campaign website included a plan for replacing it with a new kind of capital-gains tax.

Elimination would be a minor change -- the estate tax has already been mostly abolished. It was phased out under President George W. Bush, between 2003 and 2009. Although President Barack Obama resurrected the tax in 2010, the levy now has a very high exemption -- if your estate is less than $5 million, you don’t pay a dime. Because of this, almost no one actually pays estate taxes anymore -- whereas about 1 percent to 2 percent of households paid the tax in the 1980s and 1990s, now less than 0.2 percent pay anything: But this isn't a good thing. The much-maligned estate tax is far better than its detractors claim -- and instead of being eliminated, it should be restored to its 1980s levels.

First, as economists like the University of Minnesota’s Fatih Guvenen have pointed out, there’s reason to think wealth taxes like the estate tax can make a nation more productive. Wealth often gets passed on to heirs who squander it on bad investments. They invest in companies or real estate with poor prospects. They speculate foolishly in the markets and lose their money. Or they park their wealth in low-earning bonds, keeping it from being invested in projects that will expand the economy.

The estate tax can save some of society’s capital from this sad fate. Skillful heirs, such as the Koch brothers -- who turned their father’s successful company into an even more successful conglomerate -- would easily be able to pay the tax and still get richer. But heirs with lesser skills would have a substantial part of their fortunes garnished before they could fritter it away. If the resulting revenue is used to offset cuts in the corporate tax, it essentially redistributes money from bad investors to profitable companies. That should give economic growth a boost.

In addition to being pro-growth, an estate tax helps combat inequality. Economists, along with lots of other people, are increasingly worried about the rising concentration of wealth. Concentrated wealth erodes equality of opportunity, since wealthy parents can buy their children top-notch education and other tools that allow them to out-compete the poor. It can also create a dangerous imbalance of power, if a few wealthy people use lobbying dollars or campaign contributions to turn government into their tool.

To fight this trend, economists such as Thomas Piketty have called for wealth taxes. The estate tax is an easy form of wealth tax to implement, since it doesn’t have to be collected yearly from each household. Instead of inventing a new tax system as Piketty suggests, the U.S. should just lower the $5 million threshold, and index the new lower threshold to the inflation rate. That would restore the estate tax to its modest 1990s levels, when the top 1 to 2 percent paid the tax.

A third reason to love the estate tax is the moral reason. As economist Greg Mankiw has noted, our idea of how much tax each citizen should pay is heavily influenced by our sense of fairness. Inherited wealth is unearned income -- you get it not by skill, talent, virtue or hard work, but by pure luck of the draw. Do heirs really deserve to keep all of this windfall? Many would say no.

Some people see estate taxes as unfair because they tax money that was already taxed once, when it was received by the person leaving the estate. But the same is true of many taxes -- sales and consumption taxes, property taxes and corporate income tax have this same feature. Inheritances should be thought of as a form of consumption -- leaving millions of dollars to your heirs is a luxury.

So don’t kill the death tax. Instead, make sure it lives and grows. It’s the perfect tool for this increasingly unequal age.