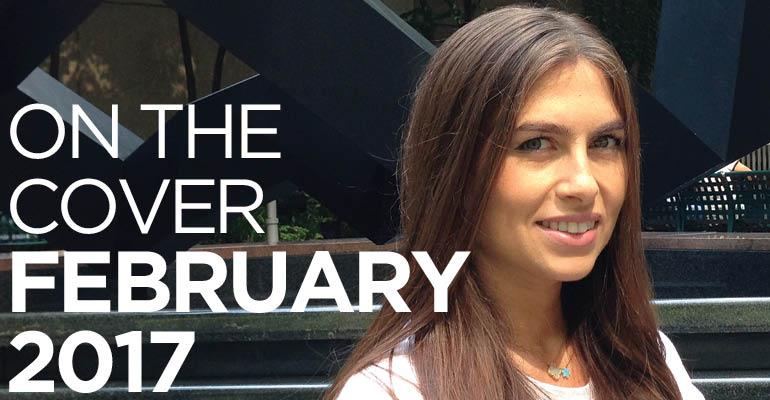 Our cover this month, Julian Trevelyan’s “New York Bridges” (30 in. by 24 in.), sold for $12,410 at Sotheby’s A Painter’s Paradise: Julian Trevelyan & Mary Fedden at Durham Wharf sale in London on Nov. 23, 2016. An artist and printmaker, Trevelyan had no formal art training (he attended an engraving school in Paris). The auction also featured work by Trevelyan’s wife, Mary Fedden, a well-regarded British artist, along with items by the likes of Henry Moore and Pablo Picasso. The proceeds of the sale will be used to restore the couple’s studio to ensure its use as an artistic center for future generations.

Trevelyan, who ran in a circle that included Max Ernst and Alexander Calder, was no stranger to the social scene. The inseparable couple enjoyed entertaining at their Durham Wharf residence (which doubled as an art studio), hosting events such as the legendary annual Boat Race party for their well-connected friends. A self-described avid party goer and traveler, Trevelyan was able to work hard and play hard, producing more than 1,000 paintings and almost 400 prints during the span of his career, until a meningitis virus in 1963 left him disabled.

Hopefully, Trevelyan had a good estate-planning attorney who helped him plan for possible incapacity later in life.