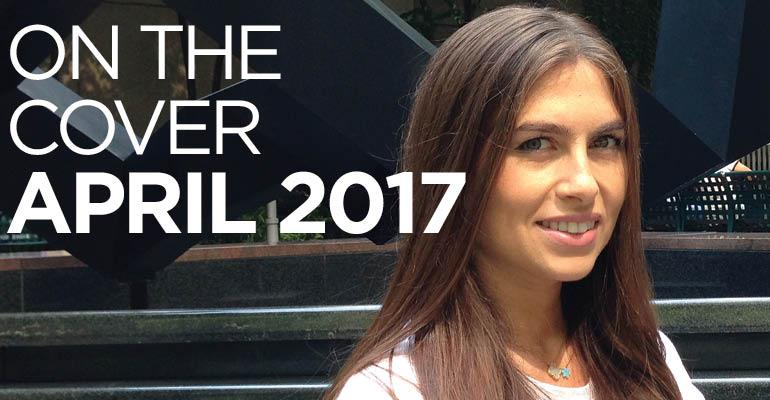 Our cover this month, Fritzner Alphonse’s “Femme à la robe rose” (24 ¼ in. by 16 ¼ in.), sold for $1,532 at Christie’s recent Impressionist and Modern Art sale in London, South Kensington on March 3, 2017. Born in Port-au-Prince, Haiti, Alphonse painted in a vibrant and colorful palette, which was reflective of the country’s rich cultural history.

A self-taught artist like many of his Haitian peers, Alphonse had a bit of a late start—his childhood friend, the artist Calixte Henry, introduced him to painting when Alphonse was in his 30s. It’s readily apparent that Alphonse’s favorite subject was the female figure. Despite his religious background, his works frequently depicted women in a somewhat seductive nature. Also notable is that although he openly rejected the practice of voodoo (which was prevalent in Haiti at the time), he often painted his female subjects with blue skin—a symbol of the voodoo spirit/goddess Erzulie.

According to The Harvard Crimson, in 1998, a print of one of Alphonse’s paintings, which was displayed in a Harvard dining hall, became the subject of controversy when a student complained that the depicted subject matter—black figures carrying watermelon and other fruits above their heads—was racist. The University promptly removed the painting. This seems unfortunate, as it’s evident that the talented artist was simply depicting scenes from his own life (perhaps Google wasn’t at the University’s disposal back then).