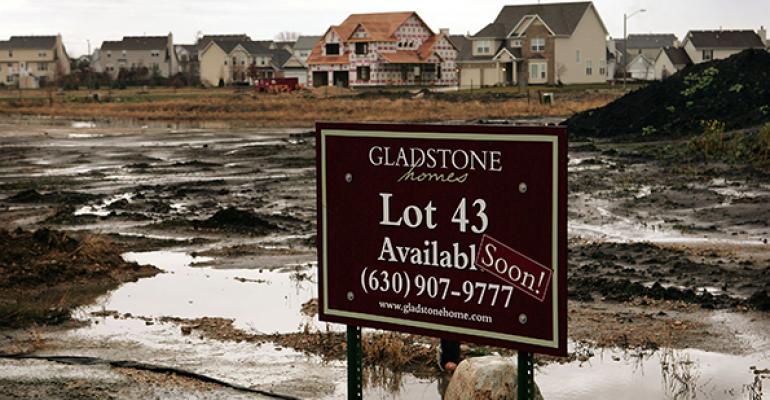 A new way to fund a revocable trust?

The California Court of Appeals decision in Ukkestad v. RBS Asset Finance, Inc., issued on March 16, 2015, may provide a way to fund a revocable trust that’s as easy as 1, 2 . . . (see below).  The Court of Appeals held that a deceased settlor had successfully conveyed his real estate to his revocable trust through a general statement in the trust instrument purporting to transfer to the trust all of his  “real and personal property,” even though he didn’t sign separate deeds of conveyance for the real estate.

No one is recommending that estate planners rely exclusively on boilerplate funding provisions in a revocable trust instrument to avoid probate on real estate, but it’s nice to have the Ukkestad court’s template for including real estate in a revocable trust’s corpus when the settlor’s follow through on trust funding during his lifetime is less than desirable.

On Dec. 7, 2012, Larry Gene Mabee executed a complete restatement of his revocable trust, in which he named himself as trustee.  The restatement expressly provided that by signing the restatement, Larry was conveying to the trustee,  “all of his real and personal property.”

At the time, Larry owned two parcels of real estate, which were titled in his own name.  The two parcels weren’t identified or described in the trust restatement with any particularity, and Larry didn’t execute any separate deeds or other instruments purporting to transfer or change title to the two parcels to the revocable trust.

Larry died just nine days later, on Dec. 16, 2012.  One of the successor trustees, Daniel Ukkestad, who acted with the consent of his co-trustees (Larry’s surviving spouse and son), filed a petition with the probate court for an order confirming that the two parcels were assets of the revocable trust (which, upon Larry’s death, had become irrevocable).

Daniel’s petition was opposed by RBS Asset Finance, Inc., a potential creditor of Larry’s estate.  RBS apparently wanted the two parcels to be available in Larry’s estate in case RBS had to collect on a personal guarantee that Larry had provided with respect to a transaction involving an aircraft.

The probate court denied Daniel’s petition, and he appealed.  RBS declined to oppose the appeal.  (RBS and the trust had apparently worked out their differences.)  The Court of Appeals, however, reasoned that RBS’s exit didn’t moot the case because the question at issue had tax consequences and could have implications for other estate creditors—although, the Court of Appeals didn’t explain how allowing the two parcels to avoid probate would result in putting them out of reach of the estate’s creditors.

Ultimately, the Court of Appeals reversed the probate court and held that Larry had effectively transferred the two parcels to his revocable trust before he died.

The Court of Appeals held that real estate may be made part of a revocable trust’s assets without a separate deed if two requirements are met.  (The Court of Appeals cited its own precedent for these requirements.)  First, the owner of the real estate must be the settlor creating a trust with himself as trustee.  Second, because real estate is involved, the conveyance must comply with the statute of frauds—that is, the conveyance must be in writing and describe the real estate so that it can be identified with reasonable certainty.

The rest of the Court of Appeals' opinion addressed the question of whether the broad conveyance language in Larry’s trust restatement adequately described the real estate for purposes of the statute of frauds under California law.  Most important, the Court of Appeals held that extrinsic evidence may be used in determining the adequacy of the description.  It held that the description fulfills the  “reasonable certainty” test if it provides the “means or key” for identifying the real estate when the description is applied to extrinsic facts.  In Larry’s case, the restatement purported to convey  “all of his real estate,” a description that, when applied to the facts, included the two parcels.

Probate avoidance through the use of a revocable trust can be desirable for many reasons.  Unfortunately, it’s sometimes difficult for an estate planner or her client to complete trust funding by executing separate instruments of conveyance or new instruments of title in a thorough and timely manner.  Although the Ukkestad decision relied specifically on California law, it provides a template for arguments that may work under the laws of other states for using broad conveyance language in a trust instrument to avoid probate on settlors’ assets, even when the trust funding process wasn’t completed perfectly.