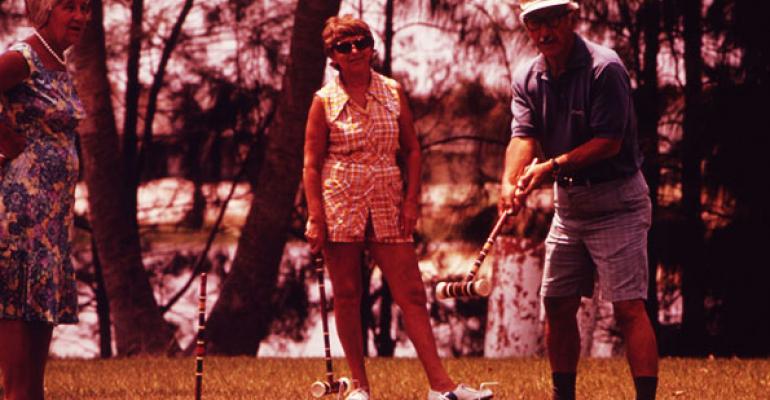 From a tax perspective, relocating can have significant implications

It’s no secret that married couples and individuals often look to warmer climates when planning their retirement.  After this year’s record-setting snowfall in cities like Boston, trading in snow flurries for sand dunes has never seemed so appealing.  From a tax perspective, relocating can have significant implications.

Moving from one state to another can mean significant changes in amount of taxes your client will pay.  For example, moving from high income tax areas such as New York City and California, both with maximum taxes around 13 percent, to states with no income taxes such as Florida or Nevada, can make a big difference in your client’s take home pay.

In addition, while all estates are subject to estate taxes at the federal level, some states also impose additional state estate taxes.  Today, 19 states including New York, New Jersey, Connecticut, Maine and Rhode Island, levy such state estate taxes, and the rates can be as high as 20 percent.  Other states, including California, Florida, and Nevada impose no state estate tax.  If your client’s estate exceeds tax-free transfer exemption levels, residing in a low-tax state can mean significant tax savings for your client’s heirs.

Taxes are assessed in the state where your client is domiciled.  Domicile is defined as a person’s true permanent home, and it’s different from residency because while your client may own homes in several states, only one can be your client’s official domicile.

If your client has ties to only one state, then determining domicile for tax purposes is simple—the state’s tax laws where your client lives apply.

But people are mobile.  It’s not unusual, for example, for a resident of New York to have a winter home in Florida and to increasingly spend more time in the warmer climate as the years go on.  Rather than selling the New York home, a couple may decide to keep it as a vacation home or as a rental property.  In such situations, how does the couple know where their income—and ultimately their estate—will be taxed?

The Estate of Joan Rivers

This domicile issue is currently being taken up in the estate of Joan Rivers, in which an unclear domicile situation could result in sizeable estate tax implications.  Joan Rivers, the popular entertainer, lived and owned a home in California and  owned a home in New York City where she spent significant time.

Joan’s will stated she was a resident of New York.  But the same document also claimed California to be her place of domicile, where she intended to reside on a permanent basis.  On her death in 2014, Joan’s will was filed with New York Surrogate Court.  While New York imposes a separate state estate tax (at rates of up to 16 percent), Californians pay no separate state estate tax at death.  Although all the details of Joan’s estate aren’t public, some estimates suggest that her estate will owe New York state estate tax in the tens of millions of dollars, if she’s deemed to have been a New York State domiciliary at her death.

On the other hand, if the taxing authorities agree that Joan was domiciled in California, her estate would only be subject to New York State estate tax on assets physically located in New York —a significant advantage for Joan’s heirs.  We don’t know yet what will happen in that case, but it’s a good lesson in the importance of making your client’s domicile clear and making sure your clients keep their documents up-to-date.

How to Successfully Establish Domicile

If your client travels significantly between states or has multiple residences, it’s important for them to take as many steps as possible to establish their state of domicile.

I recommend that my clients change their address on all their bank and investment accounts, obtain a local driver’s license, register their automobiles and obtain local license plates, register to vote in their new state and obtain a safe deposit box used for valuables and records.

In so far as practical, it’s a good idea for clients to find local physicians, attorneys and accountants in the new state and to have their out-of-state records transferred to these new advisors.  I also recommend that clients who wish to retain a home in their prior state consider downsizing, so that the home in their new state is larger than that in the prior state.

Keep in mind that if your clients are audited, states such as New York will use  credit card charges, cancelled checks, ATM transactions, telephone records and EZ Pass charges to determine their residency, so they should keep good records of such items.

I also recommend that clients update their legal documents, like their Will, health care proxy and power of attorney, to reflect their new domicile.  Some states, like Florida, allow individuals to file a Declaration of Domicile with the local government officials.  Also, be sure to declare that your client is a “resident” of the new state on his state and federal income tax returns.

While none of these actions are themselves determinative, they should help your client to establish a pattern of behavior that may prove helpful should his residency status be challenged.