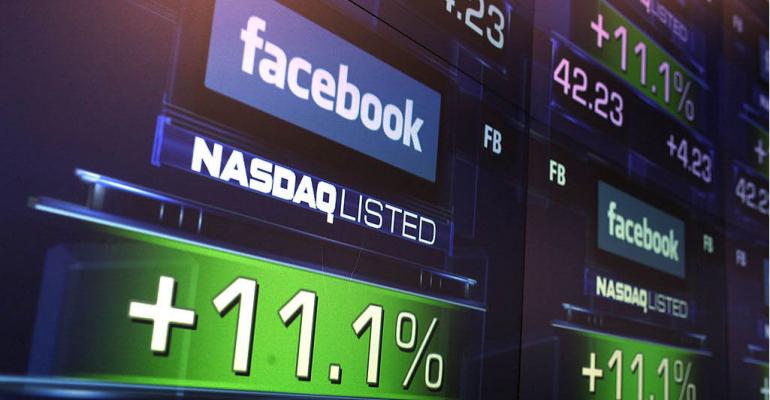 What’s a charitable LLC, and how does it compare to traditional philanthropic vehicles?

On Dec. 1, 2015, the founder of Facebook posted one of the most momentous status updates in the website’s 11-year history. “A letter to our daughter,” posted by Mark Zuckerberg and written from the perspective of both Zuckerberg and his wife Dr. Priscilla Chan, announced the creation of the Chan Zuckerberg Initiative (the Initiative), a new philanthropic organization.

“Like all parents,” the post read, “we want you to grow up in a world better than ours today … We will do our part to make this happen.” The post went on to broadly discuss the focus and methods of the Initiative, leaving its bombshell announcement for one of the last few paragraphs: “We will give 99% of our Facebook shares—currently about $45 billion—during our lives to advance this mission.” This philanthropic pledge—larger than the entire Harvard University endowment,1 larger even than the Bill & Melinda Gates Foundation2—sent a shockwave through the charity and non-profit world, and articles poured in from all sides to both praise and criticize Zuckerberg and Chan. The billionaire couple were simultaneously lauded as paragons of generosity and attacked as dishonest and cynical manipulators of public opinion.

The reason for the controversy is that, instead of a traditional charitable vehicle, Chan and Zuckerberg have chosen to organize the Initiative as a privately held limited liability company (LLC) and aren’t seeking tax-exempt status. Their critics argue that by using a non-tax-exempt LLC (sometimes referred to in this article as a “charitable LLC”), Zuckerberg and Chan are using philanthropy as a cloak to hide a tax-savings scheme or are lying outright about their philanthropic plans in pursuit of positive media coverage.

Whatever their motivation, their choice is a dramatic illustration of the changes that philanthropy is currently undergoing, and it exemplifies new trends that are especially prevalent among high-net-worth founders and donors. These trends potentially signal a strong new current in charitable practices, if not a fundamental alteration of the status quo.

Philanthropists have varying motivations. Traditionally, these have run the gamut from pure altruism to mundane economics. Many charity founders seek good public relations for themselves or their businesses (the halo effect), the fulfillment of working on a long-term project, the creation of a lasting legacy, the opportunity for meaningful work for their children or other relatives or simple tax savings. Peer pressure is also an issue among the wealthy, with a charitable initiative sometimes serving as a yardstick to measure oneself against peers.

While these motivations still exist, donors and founders seek to approach them in creative new ways. In particular, there’s been an increased drive to apply the techniques of tech startups and other modern businesses to the philanthropic sphere. This drive manifests in a variety of ways.

One is a desire to use a more holistic, multi-pronged approach to problem solving, focusing more on results than optics. Under this philosophy, donors and founders experimentally attempt a wide variety of approaches to solving a problem and constantly re-examine and refine processes. This desire for flexibility means that methods, goals and even mission statements can change as the founder’s interests, perceptions or data evolve.

This approach also manifests in a willingness to try political donations and other techniques that would compromise the philanthropic imprimatur of a traditional nonprofit, such as engaging with government actors, whether through public-private partnerships or private funding of governance improvement projects, or engaging in political activities, such as lobbying.

Another is through a wholehearted embrace of “social entrepreneurship,” the creation of for-profit companies that measure their own success using metrics tied to the beneficial impact of a company’s activities rather than just the bottom line. In the social entrepreneurship context, the distinction between “for-profit” and “nonprofit” can be irrelevant or even harmful.

Finally, modern philanthropists used to overseeing every facet of their businesses may also desire greater control over philanthropic activities than traditional vehicles can offer.

These concerns seem to motivate Zuckerberg and Chan. Their post states that the Initiative’s pursuit of its mission of “advancing human potential” and “promoting equality” will require a “new approach” including “making private investments” and “participat[ing] in policy and advocacy to shape debates.”

To meet these objectives, Zuckerberg and Chan founded a charitable LLC for their philanthropic work, instead of an established charitable giving vehicle. They aren’t the first to do so; aside from the Initiative, the most prominent charitable LLC is the Emerson Collective, run by Steve Jobs’ widow, Laurene Powell Jobs. A charitable LLC such as the Initiative or the Emerson Collective is legally no different from a for-profit LLC. As such, it’s governed only by applicable corporate law,3 whereas a charity would further be subject to state non-profit statutes (if applicable) and additional oversight by attorneys general and the Internal Revenue Service.

The mechanics for the formation and operation of the charitable LLC are fairly straightforward. The founder creates an LLC and makes a non-binding public declaration (such as Zuckerberg’s Facebook post) to use it for philanthropic purposes. Such a declaration is similar to traditional charitable pledges, which are also generally not binding. The founder can then fund (and make distributions from) the LLC at any time with near total anonymity.

This anonymity is wide ranging. Because the LLC isn’t legally charitable, there’s no requirement to report its charitable activities to the IRS. Money can be withdrawn from the LLC at any time for any purpose with no tax consequences (for the purposes of this article, we’ll assume that the Initiative is a single-member disregarded LLC, which may not actually be the case; a dual-member LLC owned by spouses in a community property state can likewise be treated as a disregarded entity).4

There are no restrictions on donations, investments (even in for-profit companies) or income and much looser restrictions on political activities than those governing charities.5 The donor has near total flexibility to change the LLC’s mission or projects at any time and has wide latitude to engage in self-dealing and make charitable use of the resources of any business he may own6 (this is what Google.org, a for-profit philanthropic division of Google Inc., does). And, because the promise to contribute to the LLC is unenforceable, the founder needn’t even follow through on the plan of funding the LLC at all and can unfund it at any time. The LLC’s taxable status also means that its losses can be written off against the donor’s other income.7

This very wide latitude is the source of the criticisms that have surrounded Zuckerberg’s announcement of the Initiative. Many commentators have raised suspicions that the voluntary and anonymous nature of the LLC’s charitable activities means that Chan and Zuckerberg will never actually undertake the philanthropy they announced. For example, a recent search of Securities and Exchange Commission filings hasn’t revealed any evidence that either Chan or Zuckerberg has yet transferred stock into the Initiative. The lack of SEC filings doesn’t mean that they haven’t yet transferred any stock; it may mean that their transfers thus far haven’t necessitated any public filings showing the funding of the LLC.

We don’t know the extent to which the Initiative has been funded, if at all, or whether it’s made any donations, and we aren’t likely to get more than a few glimpses of the truth from future SEC filings or other public disclosures, unless the Initiative voluntarily commits itself to transparency. It may take many years and much investigative journalism to gain even a rough understanding of what donations and investments the Initiative has actually made, and the full picture may never be known. Additionally, the Initiative’s plan to invest in for-profit companies, and even more its intention to engage in politics, are likely to somewhat sully its image as a philanthropic organization, at least in some eyes.

Another criticism—that Chan and Zuckerberg’s LLC plan is really just a tax-planning scheme—seems to have less merit. Presumably, the assets of the LLC would be included in Zuckerberg or Chan’s estate for estate tax purposes, and there’s no income tax deduction for donating to the LLC. Donations the LLC makes to charities would be tax deductible to Zuckerberg or Chan, but only in the same way that a donation from either of them as individuals would be deductible.

Charitable LLC vs. Other Vehicles

To better understand the mechanics of the charitable LLC and which clients may benefit from the use of such a structure, it would be beneficial to compare it to the more traditional charitable giving options. To this end, “Comparing the Options,” see link, lists some of the varying approaches, together with a comparison of a few of the salient features of each. Note that the chart doesn’t include public charities, which are by design more broad-based in support and offer less control to their founders.

“Comparing the Options” makes clear that the client ideally suited to the advantages of a charitable LLC structure would be someone like Chan or Zuckerberg: A client who values control and flexibility, is interested in pursuing social entrepreneurship and/or political advocacy, is less motivated by traditional tax incentives (perhaps because the client will be donating a huge portion of his wealth anyway), remains fabulously wealthy even after the donation and has great control over his income level (due to wealth being mostly in equities, for example) or will have a huge income to apply an LLC’s losses against. Or, more cynically, a client who wants the good publicity of a charity announcement, but doesn’t want to actually commit his wealth to philanthropy.

Some of the traits of the charitable LLC form may be attractive to less jet-setting clients, especially the flexibility and anonymity. But absent such concerns, a more traditional vehicle is likely to offer greater overall advantages to most clients.

It remains to be seen how much the for-profit status of charitable LLCs, or their involvement in investing and politicking, will undermine the halo effect experienced by most traditional charity founders. One way to potentially avoid this adverse effect would be to found both a traditional private foundation and a charitable LLC, using the former for charitable donations and the latter for social entrepreneurship investments and political activities. The flagship example of this approach is the Omidyar Network, created by eBay founder Pierre Omidyar. In theory, it offers all the benefits of both vehicles and helps lessen the criticisms directed at the LLC’s activities. It remains to be seen whether widespread adoption of this method would damage the public’s opinion of private foundations or philanthropy generally, but so far it seems as though Omidyar has escaped the level of criticism Chan and Zuckerberg have faced (though that may be due to his lower profile rather than his choice of charitable vehicle). Overall, this method trades some flexibility for a gain in credibility, as well as widening a founder’s available tax-saving options.

Philanthropy is changing, at least among a certain class of donors and founders. The lines between business and charity, and between for-profit and non-profit, are blurring, and currently available legal technology hasn’t kept up. If these trends continue, charitable LLCs are likely to increase in popularity. Although traditional vehicles are likely to remain the preferred choice for most philanthropists, certain clients will desire the flexibility and anonymity of a charitable LLC. Eventually, growth in this area may lead to the creation of a new intermediate or hybrid vehicle, able to bridge the currently stark divide between “business” and “charity.”

—The authors would like to thank Joshua S. Geller, Thomas Reilly and Robert W. Sheehan, each of Curtis, Mallet-Prevost, Colt & Mosle LLP in New York City, for their very helpful input and contributions to this article.

5. For restrictions and taxes on investments by charities, see, for example, 26 U.S.C. Sections 4940, 4943, 4944. For restrictions on the political activities of charitable organizations, see 26 C.F.R. 1.501(c)(3)-1 and Revenue Ruling 2007-41. Note that a limited liability company would still need to comply with applicable regulatory requirements to lobby politicians.