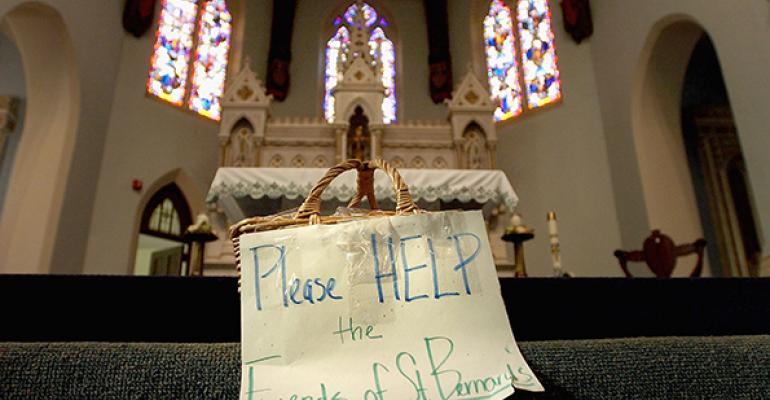 Can Courts Bless a Trustee's Decision?

Do U.S. courts have jurisdiction to offer trustees guidance?

In England, courts have held that they have discretion to bless a trustee’s momentous decisions before the trustee acts on them.

Importantly, the court’s blessing includes the process by which decisions are made, which essentially immunizes trustees from subsequent allegations that a decision amounts to a breach of trust. The application for such a blessing is conventionally known as a Public Trustee v. Cooper application.

In Public Trustee v. Cooper, [2001] WTLR 901 (Ch. D), the trustee held shares in a brewery for the benefit of past and present employees of the brewery. The other shareholders wished to sell their shares to a larger brewery, and the trustee received expert investment advice recommending a sale, at least in part because of increased consolidation in the brewing industry. However, the current brewery employees were concerned that the sale would cost them their jobs and intimated they might sue if the trustee sold its shares. The trustee decided that a sale was the appropriate course of action and applied to the court for a blessing of that decision before the shares were actually sold. This application was intended to allow the court to decide in advance whether the trustee would commit a breach of trust if it sold the shares.

Mr. Justice Hart heard the case. He relied on a judgment of Mr. Justice Robert Walker J. in an unreported 1995 case wherein Walker J. held that trustees may seek direction from a court in four categories of cases. Trustees may:

This article is concerned with the second category of direction. In deciding whether to bless such a momentous decision, the court will ask the following questions:

It isn’t necessary for the court to agree with the decision or determine its correctness. The court’s task is merely to consider these issues and determine whether the trustee’s process was reasonable, such that the trustee considered only the relevant matters when making its decision. If the court agrees, the blessing essentially will immunize the trustee from claims for breach of trust in respect of the trustee’s decision.

The offshore world has embraced the second category of Public Trustee, with slight alterations to the wording in the test for the blessing of a momentous decision. These alterations don’t appear to have substantially altered the test the trustee must meet. The courts in most significant offshore jurisdictions have found that they have authority to bless a trustee’s momentous decisions, and no significant offshore jurisdiction’s courts have found that they don’t have such authority.

Offshore courts have been concerned to ensure that a given decision is indeed momentous, and to ensure that the courts’ authority isn’t exercised excessively. However, applications for court review appear to have become common in at least some offshore jurisdictions. There’s no need for an actual dispute between the parties, with many of these applications going unopposed. The offshore demand for such applications is largely driven by the substantial value of many of these trusts, combined with their discretionary and dynastic nature, leaving trustees with potentially enormous exposure in respect of otherwise consensual decisions because of potential claims by minors and unborns.

In the United States, according to The Restatement (Second) of Trusts, Section 187 (1959), trustees traditionally aren’t entitled to court instructions as to the trustee’s powers or duties, unless there’s reasonable doubt as to the extent of those powers or duties. Under this common law rule, courts generally will not interfere in advance of the trustee’s exercise of its discretionary powers, and will step in only if there’s some ambiguity in the trust instrument. It has been held that courts “should not serve as legal advisers to trustees.”

Court decisions on this issue aren’t uniform, even within a jurisdiction. In a 1905 decision in Denegre v. Walker, for example, the Illinois Supreme Court acknowledged that “the general supervisory power a court of equity had over trusts and estates and allowed for instruction of the fiduciary as to powers.” Denegre has not been cited for this proposition in more than 50 years, however, it was referred to only a few times before then; more Illinois rulings on petitions for instructions have involved alleged ambiguities.

In recent years, there’s been movement towards allowing trustees to ask for instructions, even absent an actual dispute between the parties. The Uniform Trust Code has been adopted (with variations) by 32 U.S. jurisdictions as of the date of this article, which expressly provides that a “judicial proceeding involving a trust may relate to any matter involving the trust’s administration, including a request for instructions.” Beyond mentioning petitions for instructions, the UTC doesn’t list the types of judicial proceedings involving trust administration that might be brought by a trustee. However, the drafting committee’s comments on that section of the UTC note that it “makes clear that the court’s jurisdiction may be invoked even absent an actual dispute.”

The Minnesota version of the UTC goes further than the model statute, and specifically provides that a judicial proceeding involving a trust may relate to a number of different matters, including “to mortgage, lease, sell, or otherwise dispose of real property held by the trustee notwithstanding any contrary provision of the trust instrument.”

Further, California, a non-UTC state, also allows a trustee or beneficiary of a trust to petition the court concerning the “internal affairs of the trust,” including “instructing a trustee.”

These statutes authorize courts to exercise broader discretion than under traditional common law when it comes to offering guidance to a trustee; however, given the lack of case law interpreting the contours of these recent statutes, the jurisdiction of the court to bless discretionary decisions by a trustee throughout the United States remains uncertain.