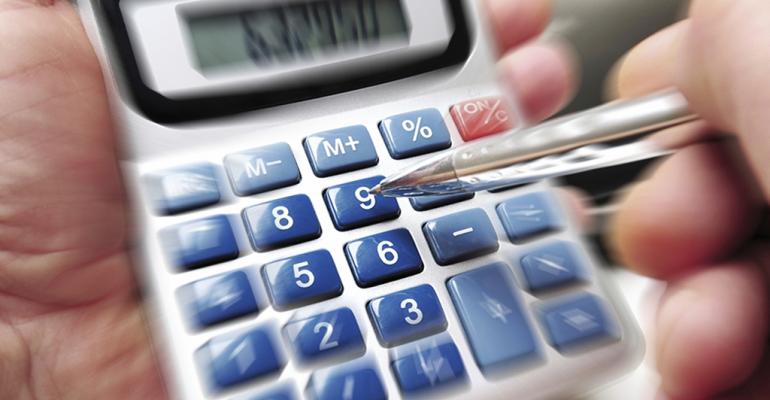 Leave it to the California bar to complicate even the most basic of all math calculations.

In California probate courts, an “850 Petition” allows you to transfer property into or out of a trust.

The statute is itself geared to situations in which a decedent died before he could make the appropriate transfers to a trust and a certain amount of cleanup work is necessary to bring assets into the trust. An 850 Petition, however, becomes a very powerful tool when seeking to return assets that have been wrongfully taken from a trust. Among other remedies, California Probate Code Section 859 authorizes double damages for property taken in bad faith.

The specific language of the statute states that, if a person is found to have taken property in bad faith, then “the person shall be liable for twice the value of the property recovered by an action.” Most would read that provision to authorize double damages. That is, damages are simply double the amount recovered to the trust. In other words: 1 + 1 = 2. Leave it to the California bar to complicate even the most basic of all math calculations.

The confusion comes from another portion of the statute that reads: “The remedies provided in this section shall be in addition to any other remedies available in law to a person authorized to bring an action pursuant to this part.” Under this provision, certain lawyers have argued, not only should you recover the property that was wrongfully taken, but also, you would add to that twice the value of that property. So despite that the statute seems to authorize double damages, it’s actually authorizing treble damages.

In an unpublished opinion from 2007, the Court of Appeal agreed with this interpretation. Its rationale was that any plaintiff who proves a wrongful taking is entitled to two awards: one under Probate Code Section 856 (which authorizes the return of trust property) and another award under Section 859 (authorizing double damages). The result is draconian, effectively turning the double damages provision into treble damages: 1 +1+1 = 3.

The issue had become a long-standing point of contention among the California bar. Trial courts had gone both ways, but until recently, no Court of Appeal had resolved the question in a published opinion.

The issue has now finally been resolved by Conservatorship of Ribal, in which the court addressed the question of how to calculate damages under Section 859. The Ribal court found the assertion that Section 859 should result in treble damages to be “unsupported by law,” explaining:

If the Legislature had intended damages to be tripled, it would have written something akin to “the person shall be liable for [three times] the value of the property recovered by an action under this part.” (Prob. Code, § 859.) In our experience, the Legislature knows how to distinguish between double damages and treble damages and has provided for each in numerous contexts. The trial court understood this and awarded double, not treble, damages.

The court’s resolution of this issue is fairly conclusory, without legal discussion or in-depth analysis of the competing views, but this seems like the correct answer. Not only is this interpretation in line with the plain text of the meaning of the statute, but also, as the court notes, there’s no legislative history or applicable case law that would support a treble damages calculation.

The only question now is how will the bar deal with the aftermath? It seems damages questions always seem to multiply, but at least we know arguing for treble damages would be a miscalculated move.