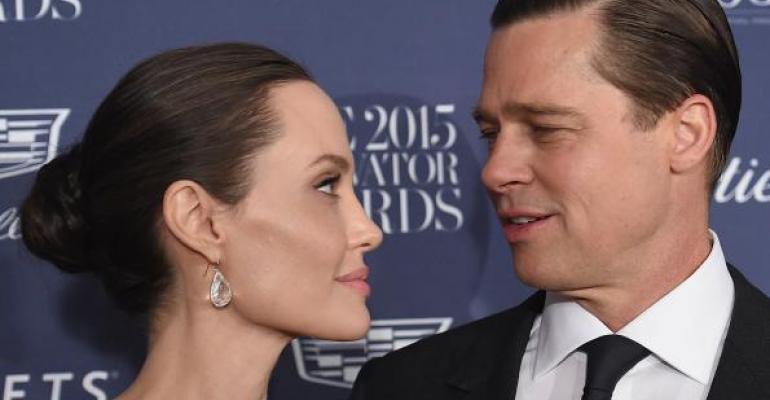 Peter L. Gladstone and Jeffrey A. Weissman explain why high net worth clients need to keep divorce agreements out of the public eye.

The world is abuzz with the Brangelina split. As we all know by now, Angelina Jolie publicly filed for divorce from Brad Pitt, ending their marriage. Speculation has been chronicled across every media outlet, and it will certainly be a trending Twitter topic for months to come.

We can all speculate on why Jolie chose to file publicly, but it’s in stark contrast to what we recommend to clients, which is a privately negotiated, pre-suit divorce settlement. This strategy has become increasingly popular not only with Hollywood celebrities, but also with high net worth (HNW) individuals from all walks of life who have a mutual desire to protect their privacy, financial details and reputation.

In an age when anyone with an Internet connection can access court documents, more and more divorcing couples are choosing pre-suit settlements.

Today, we always prefer to work closely with opposing counsel to resolve marital issues privately and ensure that the clients’ interests are protected.

How can a couple choosing to end their marriage arrive at an equitable decision? Don’t they want to fight it out in court for every last penny? In our experience, a desire to protect the dignity of the family unit often outweighs the hurt feelings from even the most acrimonious relationships.

There are even ways to significantly minimize the chance agreement details, including financial records, are ever made public. For example, an uncontested divorce agreement can be filed in a remote venue, under the radar. And, in many cases, the Rush Limbaugh opinion can be cited to request that settlement agreements be totally kept out of court files. In that opinion, the U.S. Court of Appeals for the Third District denied a newspaper’s petition to unseal Limbaugh’s settlement. The court maintained a divorce agreement reached privately shouldn’t be considered part of the public record.

When the two parties can’t come to an agreement, we often recommend retaining a private judge to rule on the final disposition. That significant expense may not be for every client, but it can certainly be a more palatable option for HNW individuals and public personalities who are seeking to keep their personal and financial affairs out of the public eye. The private judge’s decision is binding, just as in a litigated divorce, but the proceedings remain private and hidden from the press and public. Plus, the judgment can be filed in the same manner as a settlement agreement.

Implications of Divorce on an Estate Plan

Pre-suit settlement agreements are the best route for HNW couples and public personalities facing the end of their marriage who want to avoid public scrutiny of their assets, including from their own family members. A public divorce can undermine a client’s intent to keep their estate and net worth details private until probate of their will. And for the charitably inclined client, negative publicity during a messy divorce battle can also turn away potential charities and foundations.

In addition to strategic reasons for pursuing pre-suit settlements, attorneys should care about the psychology and emotional state of their clients, both entering a divorce and afterward. Pre-suit settlements help to lessen emotionality and enable couples to exit a marriage with the same dignity they entered into it.