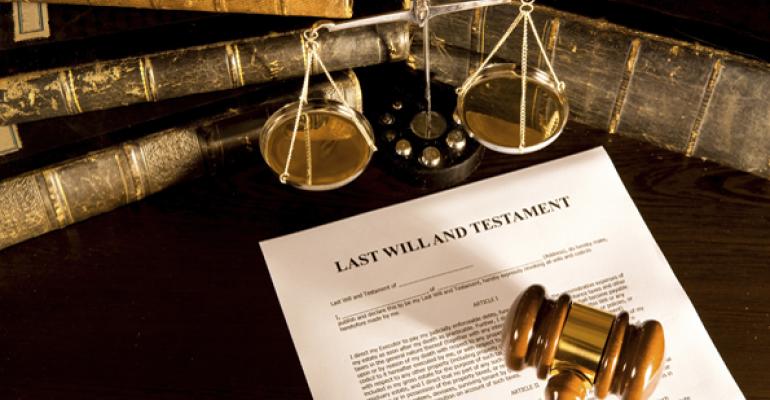 In Gowdy v. Cook, 2020 WY 3 (Jan. 8, 2020), the Wyoming Supreme Court held that a beneficiary’s attempt to decant a trust triggered a no-contest clause. Dennis and Craig Cook were law partners who prepared the trust for Marian Louise Jackson. Dennis was trustee, and Craig was the trust protector (who could replace trustees).

Gerald Gowdy, as a beneficiary of the trust, sued the Cooks for malpractice, breach of fiduciary duties, breach of the duty of good faith and fair dealing, negligence, and conflict of interest, among other things. Gerald asked the court to: remove Dennis as trustee; award monetary damages, including attorney fees, to him and the trust; require the Cooks to provide a trust accounting; enter the declaratory judgment referenced above; and enter a “decanted trust,” which he attached to the complaint, to “repair issues” due to Dennis’ drafting errors. (This wasn’t a trust decanting under Wyoming statute, but a request to the court to amend the trust.)

“The right of a beneficiary to take any interest given to him or her under this trust or any trust created under this trust instrument will be determined as if the beneficiary predeceased [Ms. Jackson] without leaving any surviving descendants if that beneficiary, alone or in conjunction with any other person, engages in any of these actions:

My [t]rustee may defend any violation of this [s]ection at the expense of the trust estate.”

Dennis asserted Gerald’s proposed change was an attempt to void, nullify or set aside a provision of the trust. The district court agreed and ruled Gerald had forfeited his interest under the trust. The Supreme Court of Wyoming agreed, saying, “The no-contest provision of Ms. Jackson’s trust is clear and unambiguous. She plainly intended that any beneficiary who attempts to obtain a court ruling voiding, nullifying or setting aside any of the trust provisions forfeits his rights under the trust.”

The court also granted the Cooks’ motion for summary judgment on the claims. The district court grouped the causes of action into two categories: malpractice/professional negligence and breach of fiduciary duties/breach of the duty of good faith and fair dealing. On the malpractice claim, the district court concluded Dennis didn’t owe Gerald a duty when drafting Marian’s trust. It also ruled Gerald hadn’t presented evidence supporting his claim that Dennis breached the standard of care in drafting the estate-planning documents. The district court ruled there was no evidence the Cooks breached any fiduciary duties owed to Gerald, and if they had, he failed to present any evidence showing he was damaged by their actions. The Supreme Court affirmed all of these findings.

Even if Gerald had presented sufficient evidence to support his claims, his attempt to modify the trust eliminated his beneficial interest, shooting himself in the foot.