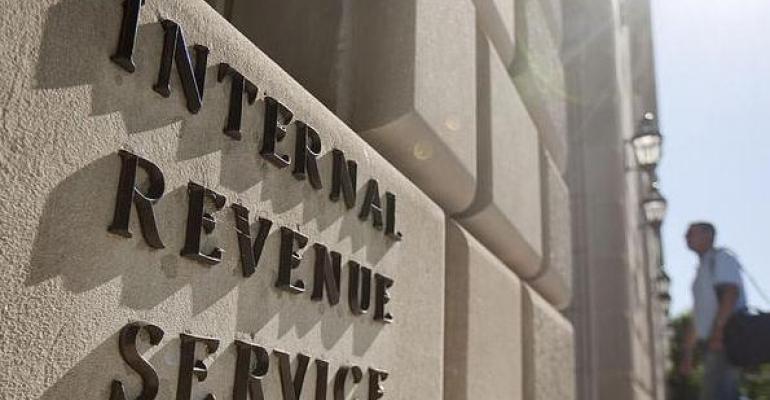 Beneficiaries’ Actions Don’t Cause Inclusion in Their Gross Estates

In Private Letter Ruling 20161020 (released Oct. 7, 2016), the taxpayers requested rulings regarding the generation-skipping transfer (GST) tax consequences of three events: the resignation of a trust’s co-trustees, the appointment of successor trustees, and proposed amendments to trust provisions relating to successor trustees. The Internal Revenue Service issued favorable rulings for the taxpayers on all three issues.

At a later date, pursuant to a settlement agreement and court order, Trust 2 was amended to allow the trustee, in his absolute discretion, to pay income or principal to the daughters. The trustee could accumulate income as may benefit the beneficiaries. Trust 2 was to exist for the daughters’ lives; on the date of the last to die, the trustee was to distribute the remaining Trust 2 assets to the surviving children of the daughters. Such distributions were to be made as one-half to Daughter 1’s children in equal shares, and one-half to Daughter 2’s children in equal shares. At the time of this ruling request, Daughter 1 had one adult child; Daughter 2 had two children who were minors.

The husband (the daughters’ father) was the original trustee of Trust 2, which provided that if he stopped serving as trustee, Daughter 1 and Daughter 2 would serve as successor co-trustees. At the time of the ruling, both daughters were serving as co-trustees. Trust 2 provided that in the event a successor trustee doesn’t act as trustee, any person “interested in the welfare of the beneficiaries of the trust” may apply to be appointed as successor trustee. If one of the daughters died, the surviving daughter would be the sole trustee and sole current beneficiary of Trust 2. Daughter 1 and Daughter 2 were concerned that at the time of one of their deaths, the surviving daughter could be deemed to have a general power of appointment (GPOA) under Internal Revenue Code Section 2514 and IRC Section 2041. They proposed to jointly resign as co-trustees and petition the court to name two other individuals (X and Y) as successor co-trustees and approve a proposed amendment to the successor trustee provisions in Trust 2. Daughter 1’s child consented to the proposed amendment to the trustee provisions, and Daughter 2, in her capacity as guardian ad litem for her minor children, also consented.  X and Y weren’t related or subordinate to either daughter.

The parties requested three rulings regarding the above actions.

The IRS first addressed whether the daughters’ joint resignations as co-trustees would cause either of them to have a GPOA. The IRS held that it didn’t.

Under IRC Section 2514(b), the exercise or release of a GPOA created after Oct. 21, 1942, is deemed a “transfer of property” by the individual possessing such power. A GPOA under Section 2514(c) is a power that’s exercisable in favor of the individual possessing the power, their estate, creditors, or creditors of their estate. If the power isn’t exercisable by the possessor except in conjunction with a person having a substantial interest in the property subject to the power, which is adverse to exercise of the power in favor of the possessor, such power isn’t a GPOA. A person who, after a possessor’s death, may have a GPOA that they can exercise in their own favor, is deemed as having an interest in the property that’s adverse to the possessor’s power.

Under Treasury Regulations Section 25.2514-3(b)(2), an adverse interest is substantial if its value, in relation to the total value of the property subject to the power, isn’t insignificant. A co-holder of a GPOA has no adverse interest merely because of their joint possession of the power, nor merely because they’re a permissible appointee under the GPOA. However, a co-holder does have an adverse interest when they may possess the power after the possessor’s death and may exercise it at that time in favor of her or himself, their estate, their creditors or the creditors of the estate.

In this case, each co-holder of the power has an adverse interest because either daughter may possess the power after the other daughter’s death and may exercise such power at that time in favor of herself, her estate, her creditors or the creditors of her estate. The IRS thus found that the distribution power held by each daughter wasn’t a GPOA under Section 2514. Thus, their joint resignation as co-trustees wouldn’t be treated as the exercise or release of a GPOA under Section 2514(b).

Under IRC Section 2041(a)(2), the value of a gross estate includes the value of all property a decedent has at the time of death, including a GPOA created after Oct. 21, 1942, or to which the decedent exercised or released.  Section 2041(b)(1) defines a GPOA as a power that’s exercisable in favor of a decedent, their estate, creditors or creditors of their estate. Treas. Regs. Section 20.2041-1(b)(1) states that a power in a donee to remove or discharge a trustee and appoint her or himself may be a GPOA. In Revenue Ruling 95-58, the IRS held that a decedent-grantor’s reservation of an unqualified power to remove a trustee and to appoint a successor trustee not related or subordinate to them wasn’t a reservation of the trustee’s discretionary powers of distribution over property transferred by the decedent-grantor to the trust. So, in that revenue ruling, the trust corpus wasn’t included in the decedent’s gross estate under Sections 2036 or 2038. “Subordinate” or “related” party means, among others, any non-adverse party who’s the grantor’s spouse (if living with the grantor), father, mother or issue, (IRC Section 672(c)).

No Inclusion in Gross Estates

The IRS next looked at IRC Sections 2036 through 2038, which includes generally in a gross estate certain transfers of property (by trust or otherwise) made within three years of a decedent’s death.

A modification that’s administrative in nature and only indirectly increases the amount transferred won’t be considered to shift a beneficial interest in a trust under Treas. Regs. Section 26.2601-1(b)(4)(D)(2). In this instance, the actions were all administrative in nature: the joint trustee resignation, appointment of the successor trustees and the amendment to the trustee provisions of Trust 2. Moreover, the actions didn’t shift beneficial interests in Trust 2 to any beneficiary who occupied a lower generation than the daughters. Thus, Trust 2 won’t lose its GST tax-exempt status.