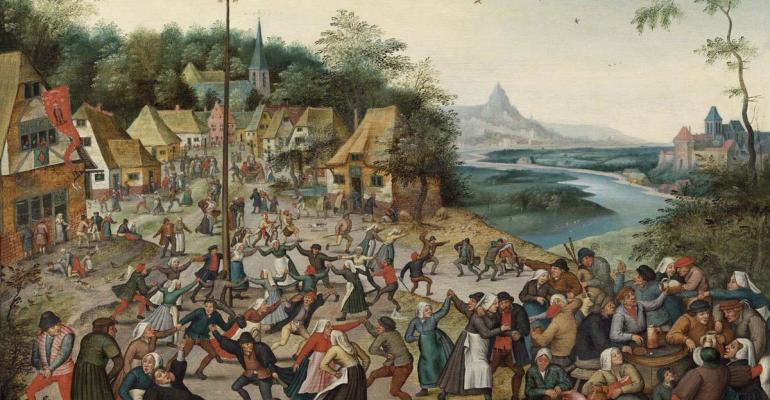 Estate’s reliance on expert was misplaced.

In Estate of Eva Franzen Kollsman v. Commissioner of Internal Revenue, Case No. 18-70565 (June 21, 2019), the 9th Circuit U.S. Court of Appeals addressed in an unpublished opinion whether the Tax Court correctly determined the fair market value (FMV) of two Old Master paintings. Finding that the Tax Court’s rejection of the opinion of the estate’s expert witness and reliance on the Internal Revenue Service’s expert witness wasn’t in clear error, the 9th Circuit upheld the valuation of the paintings by the Tax Court.

Simultaneously, Wachter sent the executor a letter in which he stated that the FMVs of the paintings “based on firsthand inspection of the property” were $500,000 and $100,000, respectively. The letter was attached to the timely filed Form 706 of the estate, and the FMVs reported on the return were $500,000 for Maypole and $100,000 for Orpheus.

The executor hired a “preeminent fine art services firm specializing in fine art restoration and framing” to reframe the paintings. On inspection of the paintings, a manager of the firm noted that the paintings were covered by a heavy layer of grime that could be removed with relative ease. The paintings were cleaned, at a price of $4,500 and $4,350, respectively, before being reframed.

In January 2009 (approximately three and a half years after the decedent’s death), Maypole sold at Sotheby’s for $2,434,500. Orpheus remained in the possession of the executor at the time of the Tax Court trial.

The IRS issued a notice of deficiency to the estate, ultimately asserting that the FMVs of the paintings, as of the decedent’s date of death, were $2.1 million for Maypole and $500,000 for Orpheus.

Finally, the Tax Court found the ultimate sale price of Maypole to be probative evidence of its value as of the decedent’s date of death and was unpersuaded by Wachter’s attribution of the disparity between his estimated valuation and the ultimate sale price of Maypole to its vastly improved condition post-cleaning and to a surge in demand for Old Master works after 2005. Based on its findings, the court gave “very little weight” to Wachter’s opinion.

In contrast, the Tax Court found the detailed comparative market data approach used by the IRS’ expert in valuing Maypole to be persuasive. The court accepted the valuation of the IRS’ expert, with a 5% discount for the painting’s dirty condition and the minor risk involved in the cleansing process. Therefore, the court held that the relevant FMV of Maypole was $1.995 million.

Similarly, the court found that the IRS’ expert “supported his valuations of Orpheus with reasoned argument based on objective market data” in analyzing sales of comparable paintings and presented reasoned arguments for attributing the painting to one of two possible artists. The court accepted the valuation of the IRS’ expert, with a 25% combined discount for the painting's dirty condition and the cleaning risk, possible bowing of the painting and possibility that the artist was the less prominent of the two options. Therefore, the court held that the relevant FMV of Orpheus was $375,000.

On appeal, the 9th Circuit noted that the Tax Court correctly applied the law by concluding that the relevant value of the paintings was the FMV of the paintings as of the decedent’s date of death, or the price at which a willing buyer and seller “both having reasonable knowledge of relevant facts” would exchange property.

The 9th Circuit upheld the Tax Court’s findings of fact, including its:

(1) condemnation of Wachter’s  “exaggerate[ion]” of the paintings’ dirtiness and the cleaning risks, his inadequate explanation of the disparity between his valuation and the ultimate sale price and his lack of comparable sales data; and

(2) acceptance of the valuation offered by the IRS’ expert, based on the expert’s “explain[ation of] his methodology, reliance on comparables, and research about the paintings’ conditions.”

Estate planning attorneys faced with compiling the relevant information for a 706 (or a 709) may well be tempted to outsource valuations and accept whatever report is produced by the reputable expert involved. However, this case is notable for the highly critical language of both the Tax Court and the 9th Circuit in weighing the work of a seemingly highly qualified valuation expert. Here, the executor (and his counsel) was remiss in blindly relying on a knowledgeable expert in the relevant area rather than reviewing the basis for the valuation and seeking both comparables and a reasoned analysis.

Beth L. Fox is an attorney at Harrison and Held, LLP.