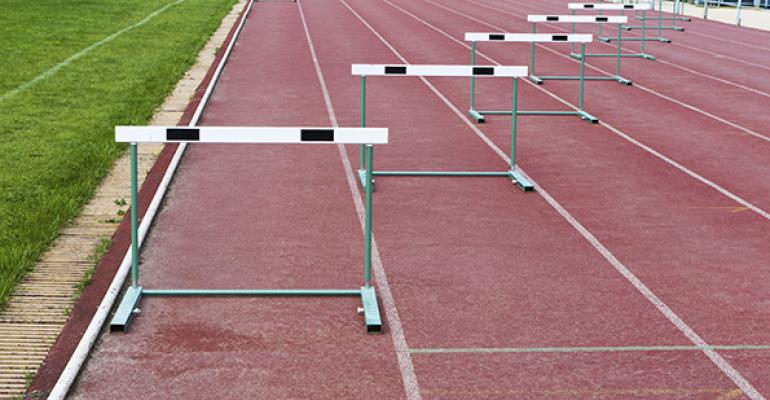 To most effectively meet the needs of high-net-worth clients, advisors will inevitably be forced to engage with other professionals in interdisciplinary teams. It’s imperative that these collaborations be smooth and successful, unfortunately, when advisors come together, they often find they aren’t speaking the same language.

I’m not talking about English and Japanese here (although that can also obviously be a problem too), but the various jargons that each profession uses. Terms whose meanings are obvious to a financial advisor may be gibberish to an estate-planning attorney. However, at least in that situation the estate-planning attorney can recognize that he has no clue what the financial advisor is talking about and can voice his confusion; where real damage can occur is when professionals use the same terms to mean different things.

One common example of this phenomenon is “hurdle rate.” For financial advisors, “hurdle rate” generally refers to the minimum rate of return on a project or investment required by an investor or manager or, in the case of a hedge fund, the rate of return which the manager must beat before being allowed to collect fees.

On the other hand, when an estate planner uses the term “hurdle rate,” he’s likely referring to the Internal Revenue Code Section 7520 Interest Rate. This is a number, released monthly by the IRS (the current rate, its recent history and an explanation of the calculations involved can be found here), which is used to value certain interests in trusts. It’s currently at 2.2 percent, which is near historical lows. Whether a low or high rate is preferable depends on the type of trust in question.

For wealth transfer purposes, you’ll most commonly encounter the hurdle rate when discussing Grantor Retained Annuity Trusts (GRATs) and Charitable Lead Annuity Trusts (CLATs). Very simply, these vehicles work similarly in that they are both irrevocable trusts into which a grantor transfers assets for a term of years (he remains liable for any income tax on the growth of the assets in the trust). The trust pays out an annuity (back to the grantor for a GRAT and to a named charity for a CLAT), and at the end of the term, the remaining assets are transferred tax free to a named beneficiary (usually a family member).

Here, the hurdle rate works somewhat similarly to the way it does in a hedge fund.  When the Trust is funded, the IRS assumes that it will grow at a rate based on the hurdle rate for that month. Importantly, this value stays the same for the life of the trust. It isn’t updated month to month. Any growth exceeding what’s expected based on the hurdle rate is what will pass to beneficiaries tax-free at the end of the trust term. Though it's an oversimplification, these two vehicles are basically bets that the assets will grow at a rate faster than the IRS anticipates, allowing large amounts to be passed to beneficiaries tax free; thus, when hurdle rates are low, it’s probably a good time to set up a GRAT or CLAT.