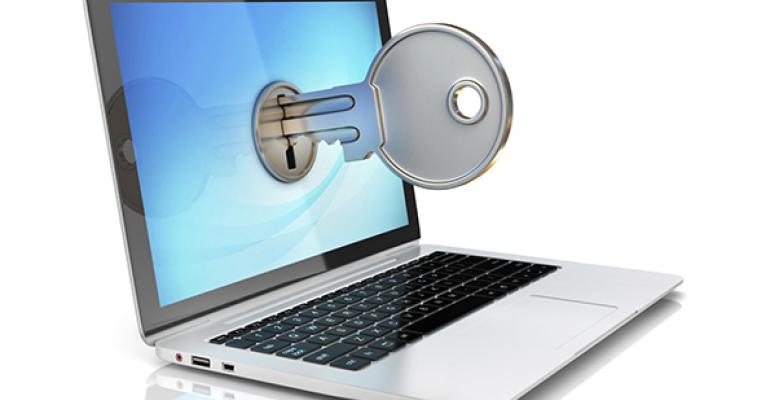 Administration of Trusts And Estates in the Digital Age

As more and more of our important accounts and communications move online, questions about identification and ownership of the digital assets of a decedent’s estate are becoming increasingly important.  These questions are pressing because there are few existing laws on the rights of fiduciaries over digital property and little consistency among them.  Faced with conflicting laws across jurisdictions nationwide, the Uniform Law Commission (the ULC) set out several years ago to draft a new uniform law to grant fiduciaries specific powers and authority to gain access to an individual’s online accounts and digital property during incapacity or after death.

Recognizing that major internet service providers (ISPs) or, more broadly, custodians and certain consumer advocacy groups would have an interest in this new legislation, the ULC welcomed their comments during planning discussions.  Consumer advocacy groups were concerned mostly with privacy associated with providing fiduciary access to the actual content of electronic communications, both for the actual account holder in question and individuals with whom he or she communicated online.  NetChoice, a trade association representing the interests of many ISPs, voiced additional concerns, including:

Although the ULC and these various interest groups didn’t agree on everything, the ULC felt it had reached a consensus view by July of 2014 when it approved the Uniform Fiduciary Access to Digital Assets Act (the UFADAA). The UFADAA was then introduced in various forms in 26 states and by mid-2015 appeared poised to take the nation by storm.  However, with the exception of Delaware, none of the bills were ultimately enacted.

As it turned out, there actually wasn’t a consensus.  Lobbyists for many of the major ISPs staunchly opposed the proposed legislation nationwide.  NetChoice took the opposition a step further and actually proposed its own alternative legislation, the Privacy Expectations Afterlife and Choices Act (PEAC), in many states where the UFADAA was being considered. PEAC, described as “[a]n Act relative to protecting a decedent’s private communications and stored contents while facilitating administration of a decedent’s estate,” prioritizes account holder (and custodian) control above all else.1 Unlike the UFADAA, which granted a fiduciary access to digital assets absent express direction otherwise by the account holder, the default setting under PEAC is essentially “Privacy: On.”  PEAC requires an affirmative express designation of authorization before granting a fiduciary access to account content.  Absent such express authorization, a fiduciary may obtain a catalog of limited “need to know” information only.  Under either scenario, a fiduciary must procure a court order before the information or access will ever be provided, and custodians can move to quash the order for various reasons, including that compliance would be too burdensome (that is, too expensive).   PEAC was enacted in Virginia and considered in California and Oregon, but otherwise joined the UFADAA in legislative purgatory.

Realizing that they’d reached a statutory stalemate, a small group of ISPs met with representatives from the ULC to revisit the UFADAA and negotiate a compromise solution.  After a lot of back and forth, the ULC approved the Revised Uniform Fiduciary Access to Digital Assets Act (Revised UFADAA), which was released on Sept. 28, 2015.2

Far from a revised version, the Revised UFADAA is a complete rewrite.  The biggest concession made by the ULC is that the new default rules provide that: (1) fiduciaries will have access to some “need to know” account information unless the account holder “opts out,” but (2) won’t be given access to actual account content without affirmative authorization by the decedent.  Additionally, if the custodian’s boilerplate TOS prohibit fiduciary access and the decedent didn’t make any designation at all, then absent express direction to the contrary the TOS will control.

Other key provisions include:

The Revised UFADAA contemplates that custodians may implement new “online tools” – account settings that allow users to designate up-front what the custodian should do with the account and its contents in the event of inactivity, disability or death.  This concept is modeled after Google’s “Inactive Account Manager” function and Facebook’s “Legacy Contact,” both of which were rolled out prior to the Revised UFADAA and are already up and running.

A user’s direction using such an online tool will function much like a beneficiary designation on a life insurance plan and will prevail over a contrary direction in estate-planning documents.  Regardless of whether the Revised UFADAA is enacted, as these online tools become the norm, practitioners will need to begin advising clients to regularly revisit their account settings to ensure they’re up to date and accurately reflect their wishes.

Both Google and Facebook have now specifically endorsed the Revised UFADAA and it’s expected that the rest of the ISPs (and NetChoice) will likely follow their lead.  Nothing is guaranteed, however, and it’s still unclear whether the consumer privacy groups will come on board.  A majority of states poised to consider the Revised UFADAA in the next legislative session, so we can look forward to big updates over the coming year.

1. The full proposed statutory language of the Privacy Expectations Afterlife and Choices Act (PEAC) is available on the NetChoice website.

2. The Uniform Law Commission prepared a handy chart comparing key provisions of the Uniform Fiduciary Access to Digital Assets Act (UFADAA), PEAC and the Revised UFADAA, which is available on its website.