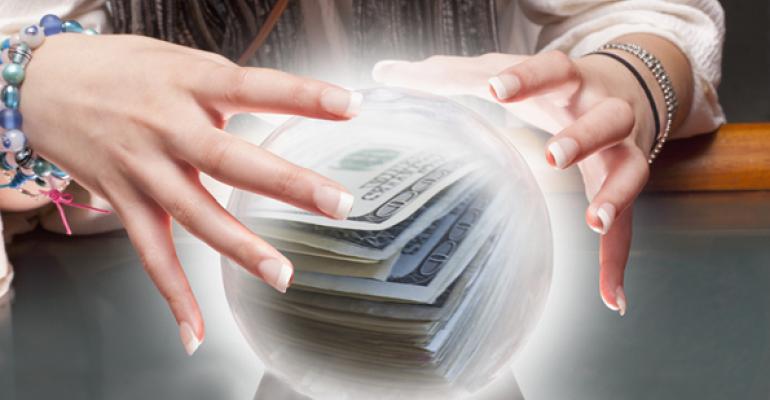 Few, if any, taxes create more complications and fundamental risks for successful families, family firms and individuals than the estate, gift and generation-skipping transfer taxes (transfer taxes).  Unlike the income tax, these transfer taxes take a share of principal value, regardless of whether one’s assets are liquid or illiquid.  Worse yet, they apply at unpredictable times (at death) and in hidden ways (on indirect gifts and estate freezes).

Generational transfer in a family or family business is a long-term process that requires a stable tax system, and the uncertainty of the last 12 years precluded such stability.  Fortunately, lawmakers in Washington recognized late last year that the time had come for stability in the transfer tax system, and on Jan. 1, 2013 the White House and Congress reached a “permanent” agreement on a new estate tax law that prevented the rates and exemption level from returning to their pre-2001 levels.  Yet, within just a few short months, the White House has already proposed to undercut that “permanent” agreement by substantially altering the rules for transfer tax planning.

·      A de facto prohibition of sales to grantor trusts.

The revenue increase from the proposed change in rates and exemptions is by far the biggest revenue raiser for estate-related changes, projected to yield about $71.6 billion out of the estimated total of $78.5 billion to be raised over 10 years by such changes.  Returning to 2009 tax rate and exemption levels wouldn’t take effect until 2018.  While that timing is a bit puzzling—likely designed to avoid criticism for back peddling on a heavily negotiated compromise supposed to be a permanent fix—it’s clear that these changes support a major theme in the revenue side of the budget: that it’s fair to ask the wealthiest to pay more.  Why is the fairness rationale so noteworthy?  Because it’s hard to justify these three transfer tax changes on any other grounds.2

The budget’s proposed transfer tax changes address, among other things, “estate freeze” strategies.  These strategies involve an owner dividing an asset (whether a family business or otherwise and whether pursuant to a trust vehicle or a financial instrument) into: (1) interests whose economic returns are limited (such as preferred shares or debt) and which is retained by the owner, and (2) interests whose economic characteristics are subordinate to the interests described in (1), yet have practically unlimited upside potential.

For at least 50 years, estate freezes have been used in estate planning to control estate tax costs.  While they’ve always been subject to judge-made law dealing with concrete cases, Congress began an effort 25 years ago to provide more specific rules to distinguish between legitimate and abusive freezes.  Once enacted, the first set of those rules had to be repealed and replaced because they were completely unworkable; later efforts were then studied by experts,  amended several times and spelled out in 40 pages of regulations (also amended several times).  Despite tremendous effort by Congress and tax authorities, and hundreds of pages of published commentaries by experts, the rules in force today remain an enigma to most tax advisors and are believed in some quarters to be beyond the resources of the Internal Revenue Service to adequately and evenly enforce.

If the issue is fairness to taxpayers, it is affirmatively unfair to taxpayers (even wealthy ones) to further complicate and expand these “freeze” rules, which are already practically incomprehensible in complexity.

As noted, the budget proposes a broad rule that would apply whenever there’s a sale or exchange or “comparable transaction” between a grantor and a grantor trust.  Ordinarily, such a transaction is disregarded under the income tax and that rule wouldn’t change.  However, there would be a new rule for estate and gift tax purposes:  a grantor would be treated as still owning (for estate and gift purposes) that “portion of the trust” attributable to such a transaction (including increases in value, changes in form, etc.).  Thus, that portion of the trust would be included in the grantor’s estate at death (or treated as a taxable gift if paid out earlier).

Most family trusts funded by gifts are grantor trusts by operation of law.  Accordingly, families would be forced to scrutinize everyday transactions and estate plans to avoid falling into this rule.  If it applied, someone would have to track the trust as if it were two separate trusts, governed by two sets of tax rules and books for estate tax purposes and another set for income tax purposes.  This would reach far beyond deliberate tax planning events, and one can scarcely imagine the number of families that will trip over these rules.  This type of compliance activity (even if successful) would be a terrible waste of our society’s resources.  To whom is that fair?

Equally important, sales and exchanges of property are common in estate and succession planning as the only practical avenue for rearranging illiquid assets within a family.  That’s a real and legitimate need and shouldn’t be foreclosed.

The budget also proposes to require that a GRAT have a minimum 10- year term.  In a GRAT freeze, a grantor funds a trust that pays him a fixed dollar amount each year for a specified term, say two years, and passes what’s left at the end of that term to the next generation.  The amount of the gift under current law is the present value of that remainder after all payments are made.  However, these annual payments are made large enough to reduce the projected remaining value to almost zero, and thus the taxable portion of the gift is almost zero.  The strategy will be successful if the grantor survives the trust term and if the trust assets grow faster than indicated by the projected tax valuation, so that after all fixed dollar payments are made, value is left to pass to the next generation.

A 10-year minimum term (in contrast to the 2- or 3-year terms that are commonly used today) will virtually repeal the use of GRATs because: (1) it would usually be impractical to do more than one GRAT and (2) the likelihood of the grantor dying before the GRAT term ends is significantly increased.  This is particularly true in the context of succession planning for family businesses because senior family owners tend to wait longer in life before passing ownership of the business.

If the Treasury wants to discourage the use of GRATs as estate freezes, then it should employ a scalpel, not a hammer.  For example, a minimum gift could be imposed on a GRAT, such as 5 percent of the assets funding the GRAT (in contrast to today’s ability to have a zero taxable gift GRAT), rather than requiring a minimum 10-year term.  In cases in which one or more GRATs are necessary to get certain assets into the proper hands, this would allows families to chose, if the need is sufficient, to move forward even if there’s a gift tax cost.  This would preserve the integrity of the transfer tax system while allowing taxpayers precious flexibility.

We believe what’s really happening here is that the Administration and Treasury officials view estate freezes (like GRATs and sales to grantor trusts) as “bad” tax-dodges and erosions of the transfer tax system.  If so, then the Administration and Treasury should address that issue in a more precise manner that preserves taxpayer flexibility and system predictability, rather than increase uncertainty and compliance burdens for successful families and family businesses.

1. The budget also proposes other items such as basis consistency, the forced liquidation of retirement accounts after five years for non-spouse beneficiaries, limitations to duration of generation skipping trusts, etc.

2. Not since the Civil and Spanish American Wars has the estate tax been a material revenue raiser for the federal government.  For practical purposes, it’s always been about fairness (at least arguably in some quarters).