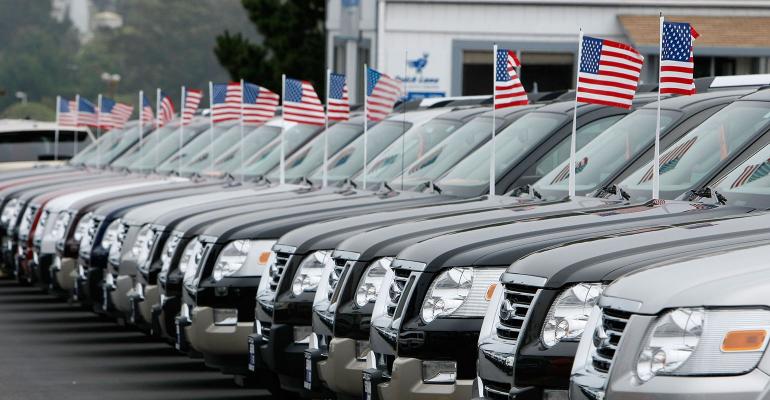 There’s always a critical trade-off between accuracy and timeliness.

(Bloomberg Prophets) --The apparent conflict between hard U.S. economic data, which look weak, and soft data, which look strong, adds considerable uncertainty to the outlook. Investors are confused and distracted by the conflicting information, finding it difficult to understand why the Federal Reserve might wish to hike interest rates three times -- or more -- this year. They shouldn't be.

Survey-based soft data are described that way for a reason, which is that they are just a qualitative measure of how people feel or judge the outlook, but are not necessarily indicative of how they behave. Hard data quantitatively measures actual behavior or economic performance. That’s real and informative of how the economy is performing.  To paraphrase George Orwell, some data are more equal than others and we should be paying far more attention to reports we know are most accurate.

Still, hard data measures are only available with lags, subject to revision and prone to measurement error, which means they can provide noisy or misleading signals regarding the economy’s performance. Within the universe of hard data, some reports are vastly more reliable and informative than others. On this basis, I’m comfortable concluding that the economy’s performance is fairly solid, aligning with the soft data, even though I readily dismiss most of those reports.

Soft data surveys opinions of people or businesses, which are mostly never revised. Once the sample is collected, the data may or may not be seasonally adjusted, but that’s pretty much it.  Their main advantage is timeliness. Conceptually, they may seem to provide excellent insight into whether consumers might increase or decrease spending, since a really positive response implies higher spending. In fact, this line of logic is demonstrably false. For example, confidence surveys are always quite depressed coming out of a recession, so they never anticipate the rise in spending that always accompanies an economic recovery. Similarly, they don’t anticipate recessions well or at all. They are merely a snapshot of how people feel about the economy at each point in time and provide negligible forecasting power.

I wrote my economics Ph.D thesis on the effects of capital gains on household spending and I made the same obvious assumption that at least one of the several measures of consumer confidence would be helpful in the estimated equations. Yet despite my efforts, I could never find one that added even a smidgen of explanatory power to the standard consumption equation. Once disposable income, net worth and capital gains were included as explanatory variables in the equations, consumer confidence became totally irrelevant.

Remarkably, European economists rely heavily on confidence surveys to project how their economy will perform over the near term. That seems to be only because confidence survey results are available on a timelier basis than hard data reports. If hard data are not available, then one must make do with what is, even if those inferences are far more tenuous.

There’s always a critical trade-off between accuracy and timeliness. We experience large data revisions in the U.S., partly because our data collection agencies wish to provide the timeliest information, even if they must revise later. The first gross domestic product report for each quarter is released near the very end of the first month of the following quarter, which is fairly prompt. But then, it is revised in the second month and again in the third month. By the second revision, it is old news and not considered very relevant. It is also revised a year later and may be revised again many times, even decades after it is first released, sometimes changing quite significantly our perception of how the economy performed in the past. In contrast, our many reports on the labor market are the most comprehensive, insightful, accurate and important of our data groupings and reflect every part of the economy. The monthly payroll estimate is subject to revision in subsequent months, but those revisions tend to be relatively smaller in size. The household survey, which is part of the same monthly Employment Situation report, provides a second independent view of the labor market’s performance. These two measures often differ quite substantially on a monthly basis, but they tend to correlate quite well over time. Usefully, their message can be crosschecked against weekly jobless claims, which are typically revised only minimally. They can also be further checked against the Job Openings data, which is available with a one month lag. And the behavior of job growth can be compared to the behavior of wages and labor compensation as yet another check. Monthly data are reported in Employment Situation on average hourly earnings. If job growth is strong, once the unemployment rate falls to low levels, one should expect to observe larger increases in wages, as has occurred. And this monthly data can also be compared to the more accurate quarterly Employment Cost Index.

GDP is the poster child for disappointing hard data. So, how do we reconcile the weak performance of GDP over the recovery and expansion since 2008 with the huge decline in the unemployment rate from 10 percent to 4.4 percent? It is absolutely clear that hiring and GDP are telling two incompatible stories about the economy. Accepting the GDP data at face value is actually risky, since we economists have long known that measuring growth is quite difficult. In contrast, counting noses is relatively easy. Not only do we have an excellent indication of how many people are working, we know plenty about their industries, their compensation, their hours worked, and many other possibly insightful aspects of their labor market activity. If I had to choose one set of reports as my sole source of information on the economy, it would be the employment data, not GDP.

What does this imply about the economy’s performance right now? Every measure of the labor market consistently indicates that hiring has been solid, labor has become scarce, and labor costs are accelerating, but only slowly (so far). This message is consistent across every employment measure and there are no chinks in this armor. Moreover, Federal Reserve officials see this, which is why they have started normalizing interest rates, despite the market’s difficulty in coming to the same conclusion. Investors need to focus on the labor market data and stop waiting for the Fed to tip its hand at its next policy move.