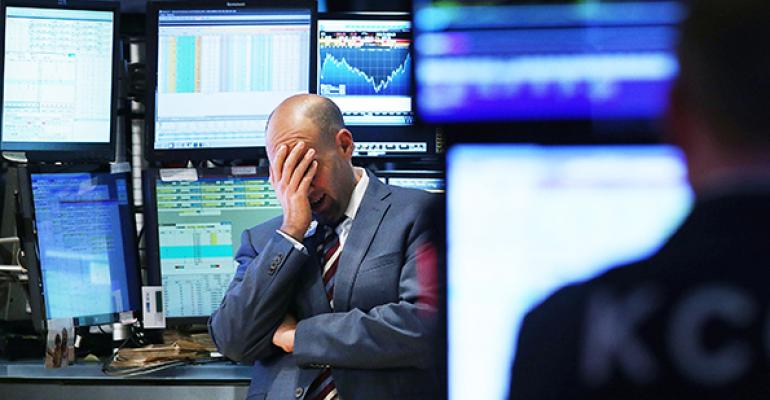 When Will Stocks Correct? AllianceBernstein Clients Want to Know

It's been 56 weeks since the last 5 percent decline in the stock market.

(Bloomberg) --The longer the stock market goes up, the more clients of AllianceBernstein ask when it will go down.

That’s according to Dianne Lob, senior managing director for equities, who says questions about the timing of the next 5 percent or 10 percent decline in the S&P 500 outnumber other inquiries at the brokerage and research firm. They’re coming as virtually every major equity benchmark in America sits at or near a record high. Going by history, it’s certainly been a while since anything bad happened in the U.S. market. An AB study shows that while 5 percent declines have occurred on average every 10 weeks since 1928, you have to go back 56 to find the last one. Ten-percent corrections usually happen every 33 weeks, compared with more than 75 today. Bear market drops of 20 percent occur every 127 weeks. The last one of those came in early 2009.

The market is in “a bit of an odd and abnormal period,” with low interest rates and stronger-than-anticipated company earnings, according to Lob. It’s possible geopolitical issues will trigger something negative, she says, though investors are by now “pretty immune” to what’s happening in Washington.

While there was a time when it seemed like President Donald Trump’s economic programs would lift small- and mid-cap equities, “very little” of the Trump bump is left. Some hope remains he will pass a tax cut, particularly if Republicans offer a “sensible” bill, she said.

For now, investors are happy to let earnings do the heavy lifting in the stock market. About two weeks into the season, profits are up about 10.6 percent in the S&P 500 and sales are increasing at a 5.5 percent rate. The S&P 500 has climbed 11 percent in 2017 and the Dow Jones Industrial Average closed above 22,000 for the first time ever Wednesday.