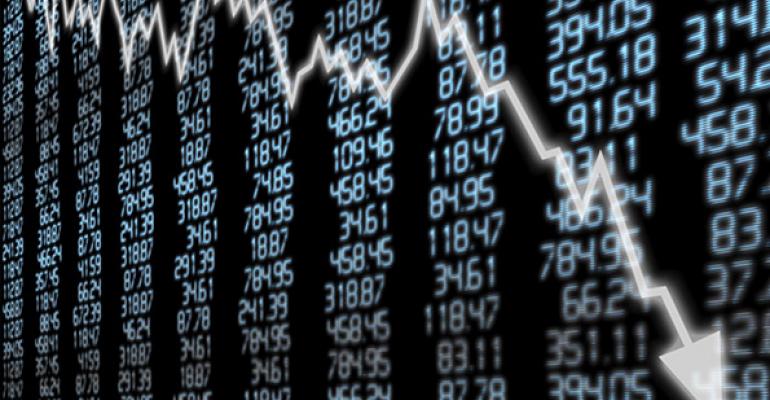 The strategy has suffered a devastating drought for more than a decade, sending investors scrambling for answers.

(Bloomberg Opinion) -- This is the first in a series of three columns.

If there’s an investing strategy that can credibly claim to be the first and oldest, value is probably it. Everyone loves a bargain, after all, whether they’re buying a home or a car, and stocks are no different. Indeed, the appeal of buying a piece of a company for as little as possible is so timeless and universal that it can’t rightly be attributed to any one person, place or period.

It makes intuitive sense that buying stocks cheaply is a good way to make money. For value-minded investors, that usually means finding companies that are cheap relative to their current or future assets, earnings, cash flow or dividends. And as it turns out, that strategy has been hugely successful historically.

But since around 2007, value investing has suffered a devastating drought, and the last three years ending in September were an utter disaster, a sharp contrast from the previous eight decades, when value stocks outpaced growth ones much of the time. The reversal has sent investors scrambling for answers, and not just value’s adherents.

A core principle of investing is that risk and reward are closely related, and by any objective measure, value stocks are riskier than growth. Value companies generally make less money and carry more debt. Their business outlook is dimmer, as is often reflected in lower credit ratings. Perhaps not coincidentally, value stocks are also more volatile than growth, and when they drop, the declines tend to be deeper and scarier.

While some of value’s success in the past may be attributed to investors’ habit of overlooking sleepy bargains in pursuit of pricey highfliers (Tesla anyone?), value investors have almost surely been paid to bear more risk. And if they can no longer expect to be compensated, what does that say about the risk-reward tradeoff investors rely on in other contexts? Is it still safe to expect, for instance, that stocks will beat bonds?

So there’s more at stake than just value investors’ bruised portfolios, although it’s impossible to overstate the depth of their disappointment. To fully appreciate the letdown, it helps to know what value’s track record looked like before this ordeal began. From 1926 to 2006, the longest record available to investors in 2007, the cheapest 30% of U.S. stocks, based on price-to-book ratio and weighted by market value, outpaced the most expensive 30% by 4.5 percentage points a year, including dividends, according to numbers compiled by Dartmouth professor Ken French.

The difference is even bigger than it looks. To put it in perspective, $100 invested in growth stocks in 1926 would have grown to roughly $150,000 by 2006. The same $100 invested in value stocks — which probably wouldn’t have appealed to investors at the time, judging by the soaring prices of growth stocks during the height of the Roaring ’20s — would have blossomed into nearly $4 million. And value investors almost always won along the way, as value beat growth 90% of the time over rolling 10-year periods, counted monthly.

Value dominated growth by any measure during those eight decades, whether based on price-to-earnings ratio, price-to-cash-flow ratio or dividend yield. As the record stood in 2007, investors had every reason to be bullish on value.

And that’s not the worst part. Value investors were already at wit’s end by 2017 after a decade of dashed hopes — then the pain reached a new level. The three years that ended in September were a ruthless gut punch. Growth beat value by a record 24 percentage points a year based on price-to-book, the worst three years for value in 100 years, and by a wide margin. Value measured by price-to-earnings and price-to-cash flow also fell behind by a record margin. Only dividend yield had seen worse three-year periods, during the early days of the Great Depression, the stagflation of the late 1970s and the dot-com bubble of the late 1990s, but not by much.

It’s no wonder value investors are frantic for answers, and there’s no shortage of smart-sounding explanations for value’s disappearance. But how plausible are they? And more important, will value ever return? I will explore those questions in my next two columns.