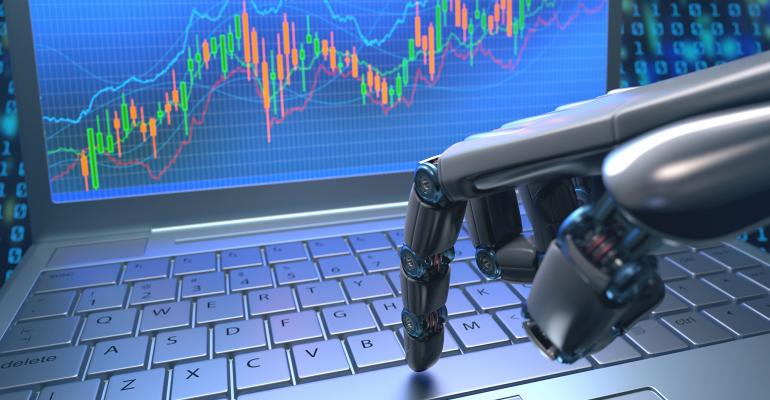 What Is Fat-Tail Risk and What Does It Mean to Investors?

In an era in which “black swan” events seem to be happening more frequently, investors and portfolio managers cannot ignore the fat tail of the market.

Sixteenth-century Italian mathematician Girolamo Cardano’s Book on Games of Chance, one of the first published texts on how to quantify risk, describes how its author repeatedly threw dice to understand the probability of unfavorable rolls.

Though methods and tools have advanced since Cardano’s time, modern-day asset managers are still, in a sense, playing the same game. Managers try to quantify risk by analyzing historical data on asset price changes, then boil it down to actionable estimates of the likelihood and magnitude of future price fluctuations.

The most widely adopted measure of risk today is volatility, which forms the basis of traditional approaches to portfolio construction. Also known as standard deviation, it measures the size of a typical—“standard"—variation from an expected rate of return.

But relying on volatility as a risk measure bakes in a faulty assumption that investment returns can be described with a bell curve—the familiar, elegantly symmetrical diagram, also known as the normal distribution.

In reality, investment returns are more fat-tailed and negative-skewed, a statistician’s way of saying that extreme price fluctuations are much more probable than the normal bell curve would suggest, and negative price changes are typically bigger than positive ones.

Traditional portfolio construction methods underestimate both the likelihood and the magnitude of downside risk. In an era in which “black swan” events seem to be happening more frequently, investors and portfolio managers cannot ignore the fat tail of the market.

We saw this on display in the last few weeks of January, when many retail investors, influenced and mobilized by social media, bought shares of distressed companies to disrupt the short positions of hedge funds and other institutional investors, resulting in established funds suffering huge losses.

The funds that relied solely on historical data to make investment decisions were among the hardest hit during the episode. Caught off guard and stuck with unfavorable positions, these funds could not adapt to the changes in the market quickly or precisely enough to avoid taking a haircut because the funds only prepared for a level of risk that historical volatility had told them was possible.

Such is the nature of fat-tail risk events. These market shocks seemingly come out of nowhere, lead to extreme price fluctuations and are difficult to model solely with traditional analytical methods because there are few similar events in the historical record.

To be sure, it is a tall order for anyone to have specifically anticipated the rapid mobilization of retail investors unified in a goal of squeezing their short positions and generally wreaking havoc for institutional investors.

The “short squeeze” suggests that the simplicity of using volatility, a lagging indicator, to predict future risk is perhaps this approach’s greatest flaw. Markets are increasingly too complex and dynamic—not to mention, more prone to unexpected tumbles—to rely on imprecise methods.

A solution may lie in artificial intelligence- and machine learning-based asset management. This approach employs computer algorithms to perpetually scour massive amounts of available market and economic data for clues on future risk for an investment portfolio. The algorithms then automatically evaluate and execute investment decisions based on how those data-informed changes will improve the portfolio’s risk-reward profile.

The advantage algorithms offer over human managers, of course, is their ability to factor in large amounts of data, deeply analyze it and execute a decision with speed and without the emotional biases—fear, stubbornness, greed, to name a few—that often lead to negative outcomes. Algorithms simply intake data and use it to trigger a series of actions independently of human intervention, in accordance with a rubric programmed into it by humans.

Cardano, in Renaissance-era Italy, could not have imagined the capabilities we have at our disposal today to understand and adjust to risk. Yet asset managers are operating from a flawed playbook if they believe that historical data, along with the indicators derived from it, are up to the task of risk evaluation and mitigation in today’s complex, ever-changing markets.

Data science and artificial intelligence provide a way forward. These approaches have already found valuable applications in many industries, and they hold the potential to bring asset management into the 21st century, making it more exact, efficient and adaptive for the benefit of all investors. Asset and wealth managers must seize this opportunity now.