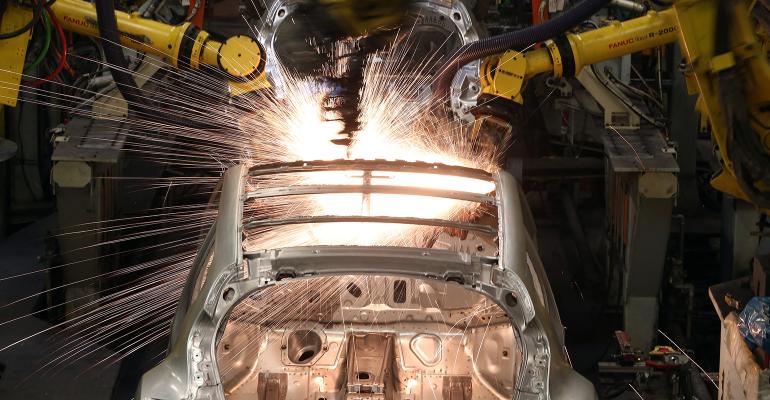 What to Discuss with Clients About Investing in Robotics and Automation

Focus on manufacturers, healthcare and industrials.

As robotics and automation become integrated into our lives, there has been a natural increase in interest to invest in these companies. According to a report by Tractica, a market intelligence firm that focuses on human interaction with technology, the global robotics market was $31 billion in 2016 and will reach $237 billion by 2022. Demand for highly automated solutions should exceed GDP and corporate profit growth for years to come. We are just witnessing the beginning of its impact. When clients look for advisement on investing in this space, it’s not always a simple answer.

While the robotics and automation sectors may be considered technology investments, they are actually part of a much broader theme. The category is both complicated and crowded. Robotics companies can be found in multiple industries, including machinery, electronic equipment, consumer goods, shipping/logistics, food and beverage, transportation and healthcare. Building a comfort level with investing in this sector, and offering investment advice, starts with a core understanding of the space.

Define your robotic and automation universe

There are two sets of companies within these sectors: companies that use and benefit from robotics and automation, and those that produce robotics. The most important aspect to consider is whether the company is a “pure play,” meaning the company must specifically derive revenues from producing and selling robotics, automation equipment and components. Simply because Amazon and John Deere use robots and automation systems doesn’t make them robotics or automation companies. The companies manufacturing the robots, the automation equipment, the sensors, the motors and the Internet of Things are the ones that warrant attention.

Healthcare is poised for growth

One of the fastest growing areas of robotics and automation adoption is healthcare. Tecan Group, for example, is a Swiss company with a $2.5 billion market capitalization. Tecan’s laboratory automation systems include advanced robotic sampling, customizable diagnostic workflow for both pre-analytical and post-analytical processes. These systems are faster and more accurate than manual execution and are increasing output more than four times.

California-based Omnicell is one of the largest players in the pharmaceutical space. Omnicell produces workflow automation for healthcare facilities, pharmacy and supply system automation. Omnicell has a full suite of automation and robotic systems such as their XR2 Automated Central Pharmacy System and the Robotic Medication Pack Dispensing. These systems prevent potential medical errors while increasing efficiency and improving supply chain management.

Medical and surgical robotics companies are frequently overlooked as potential investment opportunities. There are currently over a dozen publicly traded companies that have FDA-approved medical and surgical robotic systems in a range of areas, including laparoscopic (minimally invasive) surgery, spine and brain surgery. Intuitive Surgical is one company worth noting; they released the da Vinci surgical system robot over a decade ago, followed by a series of new systems that can perform remote surgeries. Over the past three years alone, Intuitive Surgical has become one of a growing list of surgical robotic systems.

Industrial robotics are poised for growth, too

The industrial robotics market is estimated to reach $71.72 billion by 2023. Over the past three years, companies such as Ford, GM, Tesla and Amazon, among others, have been aggressively pursuing manufacturing automation. This has created an elegant driver of demand. Once one manufacturing firm implements such automation (which significantly reduces margin cost and increases output), competitors in the industry have no choice but to implement similar processes in order to survive.

The smart factory has become a focus of some of the largest manufacturing firms in the world. It’s also spawned Industry 4.0: using the Internet of Things and Artificial Intelligence for full automation and interconnections between each unit of the assembly process. Companies such as Kardex, KION, KUKA and Fanuc are spending a great deal of capital advancing the smart factory model. These advancements will completely automate the manufacturing process from the manufacturing line, to storage, retrieval and shipping. Industry 4.0 may well be one of the largest changes in industrial automation in the next few years.

Tariffs will have an impact

While we cannot know the specific impact from the recent tariff talks, we can establish some educated opinions. First, if the United States does formalize aggressive trade tariffs, it will logically increase the cost of goods purchased by U.S. consumers. The only way to compensate for this increased cost of goods for both the producer and consumer is to increase implementation of automation.

In correlation, this premise holds true for countries where tariffs would be imposed. In order for countries such as China to be able to maintain and increase profitability, they will need to aggressively implement automation. Robotics and automation has already reached a point of global adoption but is now becoming a more mandatory survival decision for business owners, rather than a voluntary decision to increase productivity. The technology has now become a cost-effective expenditure.

The robotics and automation industries will continue to evolve, and at a rapid speed. Investing in this space requires time-intensive due diligence but should not be overlooked by investors interested in exploring companies within this space.

Brian Gahsman is the portfolio manager of the Alpha Centric Global Innovations Fund, the first actively managed mutual fund focused on the robotics and automation sector.