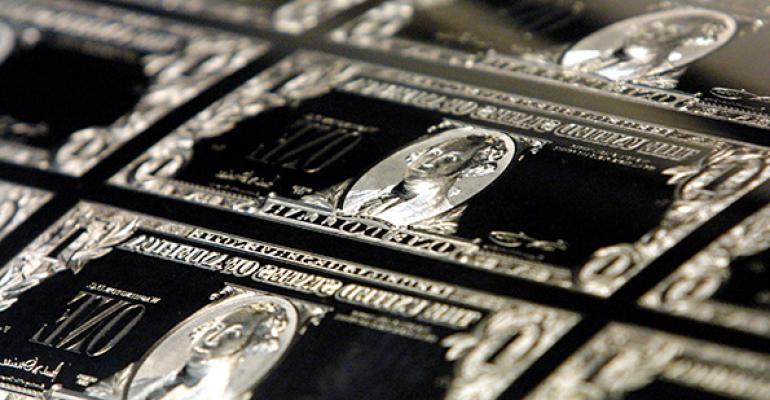 Lack of pro-growth policies by the Trump administration has all but erased any gains the dollar has made.

By Lananh Nguyen and Robert Fullem

(Bloomberg) --Dollar bears are back from the wilderness.

The currency slid to the lowest since November on Wednesday, and options show investors are becoming more pessimistic on the greenback versus the euro and yen. The dollar has almost erased its gains from the so-called Trump Trade, as pro-growth policies from the presidential administration have yet to materialize. UBS AG’s wealth-management unit recommended selling the dollar against the euro, and JPMorgan Chase & Co., the world’s second-biggest currency trader, advised clients to ditch bullish bets in the short term.

“The case has become more compelling” to short the dollar, said Constantin Bolz, a foreign-exchange strategist at UBS in Zurich. The bullish dollar consensus since Donald Trump’s election in November “is turning step by step” as markets question U.S. policies and their effectiveness.

UBS sees the euro-dollar exchange rate climbing as high as $1.15 over the next six months from $1.0784 Thursday. It expects dollar-yen to fall to below 110 yen in the same period. The U.S. currency has fallen 3.7 percent this year as traders awaited details on the size and scale of fiscal-stimulus proposals and cues from the Federal Reserve about the path of interest-rate increases. The weakness follows four years of gains as the world’s largest economy recovered from the financial crisis and the Fed began to nudge borrowing costs higher. The Bloomberg Dollar Spot Index was little changed Thursday.

In options markets, protection against a rising dollar is getting cheaper as the outlook on the currency becomes more pessimistic. Risk reversals, an indicator of market sentiment and option positioning, have been signaling a shift away from dollar bullishness.

The EUR/USD one-year risk reversal has plunged as markets discount the prospect of Marine Le Pen winning the French election.

Investors are also less bearish against the euro versus the dollar. The so-called smile of one-year volatility, which reflects the cost of protecting against low-probability events, has flattened. A JPMorgan Chase & Co. measure of volatility in G-7 currencies is below its average for the past year, and not far from the lowest level since 2014.

Similarly, the dollar-yen one-year risk reversal has gone up. Here’s what others are saying about the dollar’s outlook: