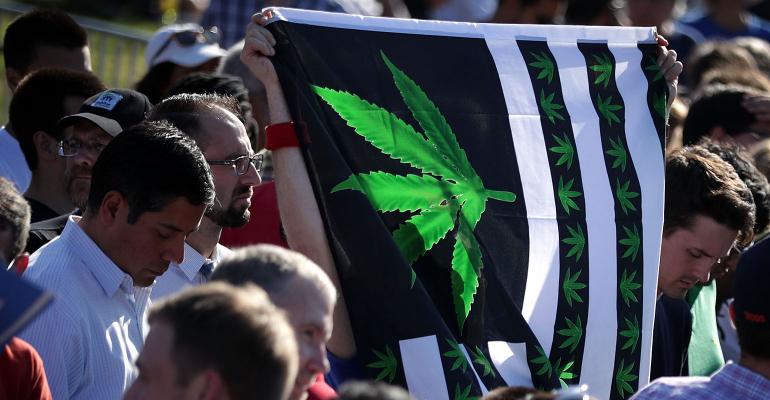 There’s a Reason Investors Are Watching These Four Industries

The market is now seeing a Goldilocks scenario—an investing environment that is neither “too hot” nor “too cold,” with sustained levels of growth that won’t cause inflation or trigger a recession.

The sharp decline of the Dow Jones in February served as a wake-up call to investors who’d grown comfortable in a bull market. As the dip grew deeper, investors continued to dump their stocks, and some experts predict an even deeper correction later this year.

But February’s decline isn’t indicative of widespread pandemonium. Rather, this expected correction reveals the discomfort of investors who realize that favorable market trends won’t continue forever. The market is now seeing a Goldilocks scenario—an investing environment that is neither “too hot” nor “too cold,” with sustained levels of growth that won’t cause inflation or trigger a recession.

So what does that look like, and which industries are poised to enjoy it?

Tracing the Factors That Impact Trade

Sometimes, industry growth is easy to understand, but these days, it may seem the usual criteria is changing. Understanding what drives an industry’s success requires a more careful look behind the scenes at the factors influencing different markets.

Consider Apple’s renewed focus on batteries. The companies that provide the materials for its batteries will likely enjoy the fruits of this increased demand. Companies that successfully reduce costs and increase efficiency in battery production may perform even better.

Beyond tech-centered factors, social factors also dictate where growth occurs. The recent attention around gun control in the United States that stems from school shootings may drive more attention toward companies that help detect concealed weapons, like Patriot One Technologies.

If you look at emerging companies, you’ll see that some smaller industries are catching up to bigger players. For example, evolving customer demands—like the growing anticipation of electric vehicles—open the door for artificial intelligence companies, mineral mining companies, and life sciences players to achieve real results and get investors excited.

The Ones to Watch

Not all companies or sectors will sustain the level of growth investors crave, especially as newer industries experience dramatic changes and respond to new regulations. Caveats aside, as you’re assessing the landscape, it’s worth considering the enormous potential of these four industries.

Industries like these sit at the forefront of social issues and have enough capital to back up their potential. They won’t be the only industries to grow over the next decade, though. Wherever social pressures demand change and new technology creates opportunities, new industries will rise to the occasion.