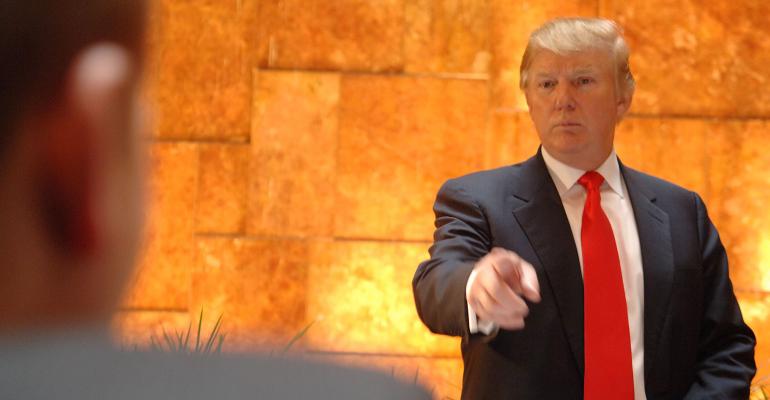 Ten Macro Issues for Investors to Mull in 2017

The 10 main macro issues that risk takers and analysts will have to successfully navigate in 2017 (and not all of them are about Donald Trump).

(Bloomberg) --There’s been plenty for traders and portfolio managers to look back fondly on in 2016, but three days from now, their clients will move firmly into “what’ve you done for me lately” mode. Here are the 10 main macro issues that risk takers and analysts will have to successfully navigate in 2017 (and not all of them are about Donald Trump) --

1. How much stimulus can the new US administration deliver next year? Global markets have moved sharply since the election on the narrative of fiscal stimulus and productivity-enhancing deregulation. Once Trump takes office, however, the “hope” trade comes to an end and he’ll have to start producing if recent trends are to continue. Infrastructure spending in particular looks vulnerable to a disappointment.

2. Who will replace Janet Yellen? Given the barrage of criticism the president-elect has hurled at the Fed chair’s monetary policy, it seems a safe bet he will appoint a replacement. Rates markets are pricing a slightly more hawkish policy path in the second half of 2017, though the magnitude is still quite modest.

3. Whither oil? While the recent OPEC production cut indicates a desire by producers to align supply more closely with demand, early indications are that the Trump administration will tilt toward bringing more supply online. Oil’s importance to financial markets was underscored a year ago when junk bonds, producer currencies and sovereign wealth fund equity allocations took hits.

4. One beneficiary of both higher oil and the new administration’s foreign policy is Russia. First-order trades such as Russian equities and U.S. defense stocks have already seen significant flows, there still remains the chance for a decent payoff to reading the tea leaves of shifting geopolitical relationships.

5. Then there is China, an object of antipathy from both Trump and Peter Navarro, the nominee for director of the U.S. National Trade Council. China is dealing with the explosion of credit and managing its exchange rate in a way that mitigates both capital flight and the loss of foreign exchange reserves. The yuan is approaching 7, not a magical number but one that could exacerbate the risk of disorderly capital flight.

6. European political elites will face electoral challenges. Between the migrant crisis and the slow region’s sluggish economy, enthusiasm for the European project is at something of a low ebb. Elections in France and Germany will dominate headlines, but keep an eye on the Dutch vote in March, where the nationalist party is favored and could tilt the euro zone toward crisis -- a risk that seems overlooked by the yield spread between Dutch and German two-year bonds.

7. It seems inevitable that the euro will enjoy a parity party against the dollar as Europe confronts structural reform and strengthening the banking sector. Even if the region’s central bank stays quiet in the near term, with a weakening euro finally be the catalyst to spur an outperformance of European equities?

8. The lurch toward Brexit has been an unwelcome source of market uncertainty. The U.K. government is committed to triggering by March the two-year exit countdown, and negotiating is likely to be hammered out in the public eye, creating ample opportunity for headline risks. In the meantime, markets -- and the Bank of England -- will be looking for evidence of inflationary pass-through from sterling weakness that could arrest the country’s surprising economic momentum.

9. There is a sense that the last six months have made macro great again. Idiosyncratic risks, divergent policy trajectories, and structural trends in the dollar and bond yields have left many macro managers bullish on their investment prospects -- and rightly so if the new investment conditions persist. If.

10. Finally, a word on risk. Warren Buffett famously observed that “only when the tide goes out do you discover who’s been swimming naked.” Recent trends have yet to materialize in the real economy. Should they persist, some sort of negative externality will be close to inevitable. For years financial assets have been priced off a dollar funding rate of essentially zero. As the Fed continues to hike rates, cash will appear as a viable alternative to investing in financial assets for the first time in nearly a decade. When this happens, the weak links in the return-risk frontier will come under the cosh. One might have thought that might lead to a bout of preemptive option hedging, but thus far it’s not been the case.

NOTE: Cameron Crise is a macro strategist who writes for Bloomberg. The observations he makes are his own and are not intended as investment advice.